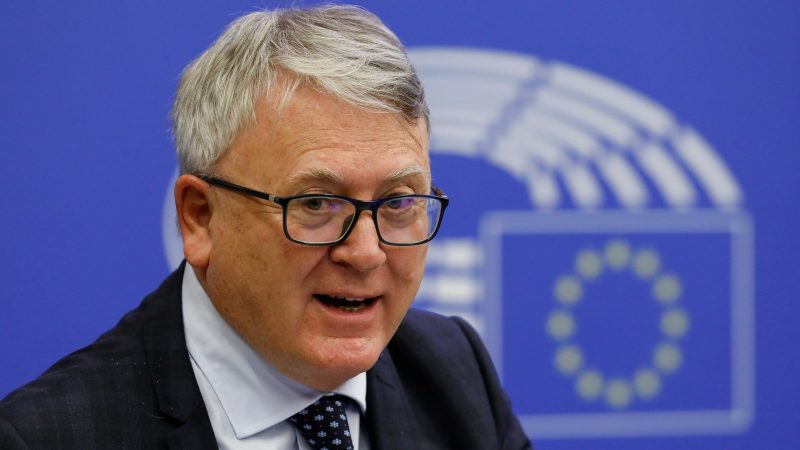 Social economy should not be thought of as an alternative to public services, according to the European Commissioner for jobs and social rights. Nevertheless, Nicolas Schmit argued that there was a need for a “third way” between the private, profit-oriented economy and publicly provided services that can be served by the social economy.

“I’m not convinced that the classical capital company is delivering the right services for a lot of social activities,” Schmit told EURACTIV in an interview held in his office that overlooks the rooftops of Strasbourg.

As a normal company, he said, one would always have to think about how to make a lot of money for the shareholders, which is incompatible with some social services. Schmit gave the example of the French retirement home operator Orpea.

A book called “Les Fossoyeurs” (the gravediggers) by the journalist Victor Castanet recently exposed how retirees had been mistreated, starved and left lying in their excrements in the retirement homes operated by Orpea.

A ‘Third Way’ for social enterprises

A government investigation concluded that the company had “given priority to financial performance” instead of the well-being of the inhabitants.

“You cannot make money on this kind of social services,” Schmit said, arguing that private businesses should not replace public services.

Nevertheless, he stressed, there is space for private initiatives: “I think there is this kind of ‘third way’ for social enterprises,” he said.

According to Schmit, the advantage of the social economy was that it was not constrained by the need to create a maximum shareholder value that was prevalent in much of the private economy, or by the restrictive bureaucratic requirements that are known to plague the public sector.

As for the funding of the social economy, Schmit argued for both private and public money, and for the reinvestment of its own profits.

“In principle, the social economy is not a profit-oriented business, which does not mean that they cannot make profits. But the profits are reinvested and no given to shareholders,” he explained.

There can even be a place for venture capitalists in the field, Schmitt said, as long as they were not asking for returns of 10% or 15%.

“I think we are now in a process where finally the real idea of neoliberal capitalism has lost some attractiveness,” Schmit told EURACTIV, referring to the neoliberal economist Milton Friedman. In a 1970 essay, Friedman famously claimed that “the social responsibility of business is to increase its profits.”

Although Schmit argued that this idea belonged to the past, he stressed that the rest of the economy would not necessarily become more social. A part of the modern economy has become very precarious for workers, especially the platform economy. Schmit advertised the legislative proposal to regulate platform work.

“These people should have social rights and collective bargaining,” he said, encouraging trade unions to reach out to this new class of marginalised workers.

“This is a big responsibility also on the shoulders of unions to be able to be attractive and convincing to this new type of workers,” he said. 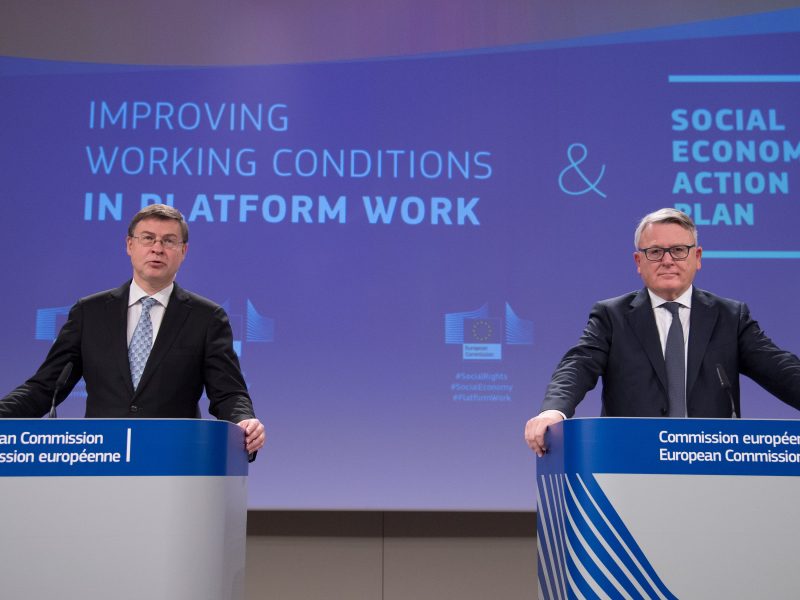 State of play in social economy finance in the EU

Trying to push the social economy as a flourishing sector of the economy, the EU is using a variety of ways to overcome the tension at the heart of the social economy: How do you attract money to a sector that defines itself as not being about the money?