Securitisation transforms illiquid assets like mortgages into tradable securities. They helped to spread the subprime mortgage crisis in the US a decade ago. [GotCredit/Flickr]

The European Commission has said that the zero-risk weight of its forthcoming sovereign bond-backed securities proposal will be a ‘game changer’, but member states and the financial sector remain sceptical about how the new asset could work in practice.

The EU executive will next week present the details of this new financial asset which aims at breaking the “doom loop” between European banks and governments, as Commission vice-president Valdis Dombrovskis, in charge of financial services, has said.

The institution has been working on this proposal for at least one year and a half, as some member states oppose any mutualisation of risks, especially by issuing common debt such as Eurobonds.

“Generally, the negative attitude of the federal government towards Eurobonds has not changed,” German finance ministry spokeswoman Nadine Kalwey said in a statement last year when the Commission’s plans were first revealed.

The Commission insisted that the new sovereign bond-backed securities wouldn’t be Eurobonds, as there wouldn’t be any joint issuance, and wouldn’t represent an attempt to introduce them through a ‘back-door’.

The new financial asset would be backed by a pool of eurozone countries’ debt, structured in different tranches according to the quality of the obligations.

In the Commission’s eyes, the ‘game changer’ is not the product itself but its treatment as a risk-free asset, an EU official explained. The proposal would include a regulatory framework with zero-risk weight attached to the new asset.

The source added that the absence of this regulatory treatment was the reason why the financial sector had not designed such an instrument before. 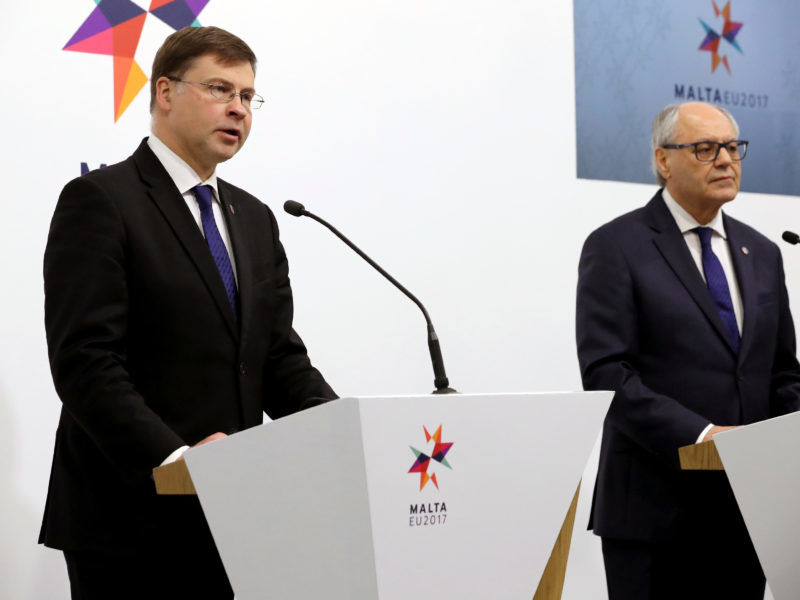 The new regulatory treatment would require the Council’s green light. But member states are not convinced by the EU executive’s idea.

A diplomat said that no one, including countries in favour of deepening the eurozone, could see the new securities working in practice.

The proposal was not part of the agenda of the meeting between the economy ministers of Germany and France, Olaf Scholz and Bruno Le Maire, on Tuesday evening.

Le Maire and Scholz met in Berlin in order to prepare next month’s European Council, when EU leaders are expected to agree on proposals to strengthen the economic and monetary union.

The Commission acknowledges that the success of the proposal would depend on the financial players. But market participants shared the national governments’ scepticism.

Speaking on condition of anonymity, market representatives following the discussions said that the proposal could work in theory, but that a lot of hurdles remain in practice.

It is a “highly sensitive” issue that would split the member states, a source added.