Greece concluded its eight-year cash-for-reforms programme in which its European partners and the IMF disbursed around €288 billion to the country. In return, the lenders requested hundreds of measures to modernise its economy and achieve healthier public accounts.

But the country still has to complete the implementation of a few measures, including a land registry and a broad privatisation programme.

In addition, the government led by Alexis Tsipras wants to adopt tax cuts seizing the narrow fiscal space achieved over the past months.

Moscovici insisted that “commitments have to be respected.”

Greece accepted having an “enhanced surveillance” to assure eurozone lenders, who owe most of the Greek, debt that the country fully implements the outstanding measures and meets its fiscal targets. 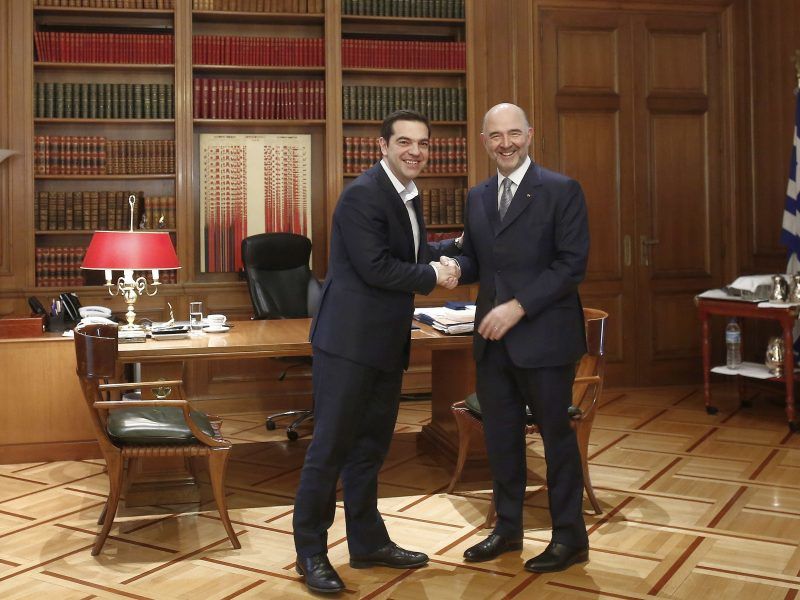 Members of the institutions (Commission, IMF, ECB and the European Stability Mechanism) will visit Athens four times per year to ensure that the country remains on track. The first mission will be next month.

Post-programme missions for other rescued economies take place only twice a year.

EU officials also told EURACTIV that the Greek government would have to consult with the institutions any reform, as part of the “enhanced surveillance”, including the tax cuts the Syriza executive wants to adopt to lighten the heavy burden imposed on the middle class over the past years.

Moscovici said the EU executive would assess Greece’s draft budgetary plan as with any other euro area country.

But he added that given how “deep” and “violent” the crisis was in the country, and the commitments adopted to transform the economy, the country would be subject to the special monitoring.

“But I maintain that Greece is a normal country”, he added.

He explained that the Commission wants to make a “really respectful” supervision.

Past visits of the institutions’ experts, the so-called troika, to negotiate and supervise the programme implementation were very unpopular in the country as they were seen as an encroaching on the country’s sovereignty.

But the French commissioner said he did not want “‘man in blue’ to follow ‘man in black’… there is no troika anymore,”.

The Greek economy is expected to grow above the eurozone average and it has surpassed the fiscal targets set by the institutions. But the excess of austerity over the past years depressed its output by 25%, while unemployment remains stubbornly around 20%.

Mosocovici argued on Monday that the “economic indicators are pointing in the right direction” and the country has laid the foundations for a “sustainable recovery”.

But the question is whether the country could grow while achieving the high fiscal targets agreed with the Eurogroup to be capable of paying back its massive public debt of 178% of its GDP.

In return, the euro area countries offered €24 billion to cover all its financial needs until the summer of 2020 to facilitate its transition to the markets.

Though Greece has the highest public debt among EU countries, Moscovici was confident that the decisions agreed by the eurozone countries would “lighten the burden to ensure its sustainability”.

The institutions will review in fifteen years whether Greece is capable of honouring its debt or whether the terms need to be reviewed again.

Moscovici said that “we didn’t move from shadow to light” and “not everything is back in order now”.

But he contested that the institutions imposed the austerity over the past years.

“I don’t feel at all that I am a cold man that imposed austerity,” he said.

“I am sure mistakes were made, on both sides,” he told reporters. But he insisted that Greece would have been much worse outside the euro and now has emerged “much stronger” from the crisis.

In an interview with Greek newspaper Ta Nea, Eurogroup President Mario Centeno admitted that the path agreed with the creditors is “challenging”. But Greece has space to adopt policies to spur growth including tax cuts.

“I am confident that, as time passes, the people will realise that the programme helped to modernise the Greek economy, while also cutting back the deficit,” he told the newspaper.

But others believe the EU should also look at further debt relief measures at this stage.

“Athens must now look to sustainable and fair economic policies to support the Greek people, while the EU and the IMF should use this opportunity to reduce Greece’s unsustainable debt,” said the leader of the Greens group in the European Parliament, Philippe Lamberts.