Conte doubles down on demand for coronabonds

Ahead of a video conference between EU leaders this Thursday, Conte reiterated demands for controversial pooled debt instruments known as “coronabonds” in an interview with the Sueddeutsche Zeitung (SZ) newspaper.

“We are experiencing the biggest shock since World War II, and Europe has to come up with an answer,” said Conte.

The “full firepower” of the EU was needed, specificially “with the issuance of shared bonds”, he added.

He insisted that opposition to coronabonds from the Netherlands and Germany “had to change”, and said he was determined to keep advocating for a “shared, ambitious and fair financial instrument”

Coronabonds, he added, would not “collectivise past or future debts” but would be “specifically designed and time limited”.

Italy is one of several southern European states which have been calling for common debt facilities to cushion the economic impact of the virus. 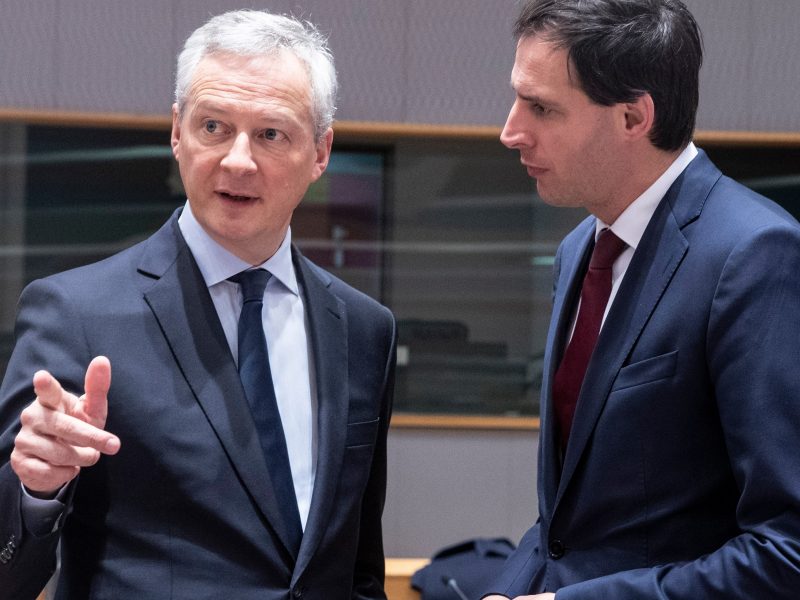 But conservative politicians in the north fear the plans would mean the eventual mutualisation of all sovereign debts and their taxpayers footing the bill for supposed southern profligacy.

Around €240 billion will come from the European Stability Mechanism (ESM), the EU’s bailout fund, much maligned in the south due to the fact that it makes financial support conditional on economic restructuring.

“We have not forgotten that the Greeks were forced to make unacceptable sacrifices in order to receive loans,” Conte told SZ on Sunday.

He said he was unconvinced that the conditions would be less stringent this time around.

Conte insisted that coronabonds were the only way to send a message to the world that “Europe is solid and united”.

The Italian leader also said his country, which has been hit hardest in Europe by the pandemic, had been “alone” at the start of the outbreak in February.

The disease has killed 23,227 in Italy — second only to the United States worldwide.

Earlier this month, European Commission president Ursula von der Leyen apologised to Italy for the lack of a “common European response” at the start of the crisis.