A tourist wears a protective mask in front of the Arc de Triomphe on the Champs-Elysees in central Paris on 4 February 2020. The coronavirus, originating from Wuhan, China, has spread to all the 31 provinces of China as well as more than a dozen countries in the world. [EPA-EFE/IAN LANGSDON]

Concluding an EU-China investment deal this year could be a “real challenge” and the coronavirus outbreak will make it even more difficult as it will force both sides to cancel negotiation rounds, the EU Chamber of Commerce in China has warned.

EU and China agreed last year to conclude the investment deal in 2020. But the slow progress made since 2012 over 25 rounds risks being further hampered by the spread of the coronavirus.

“It is going to be a real challenge to close the gaps” and even more so because the parties will not travel to negotiate, said Joerg Wuttke, the president of the EU Chamber of Commerce in China.

“The virus is highly irritating”, he added.

The two sides met in Brussels on 16-17 and 20-21 January and the next face-to-face is scheduled for 4 and 6 March. In the last round, they discussed the revised offers exchanged in December and made comments for further improvements.

The talks focused on the disciplines applicable to state-owned enterprises, sustainable development, notably on climate, and labour related provisions and mechanism to resolve differences in this area.

Chinese vice-prime minister, Liu He, is scheduled to visit Brussels on 20-21 February for an Economic dialogue but his visit is still in the air, EU officials said.

Wuttke explained that European businesses remain in the dark in regard to what are the obstacles in the investment negotiations, despite their frequent contacts with the EU delegation in China and officials involved in the negotiation process.

He stressed that the European companies “really want” the investment deal. 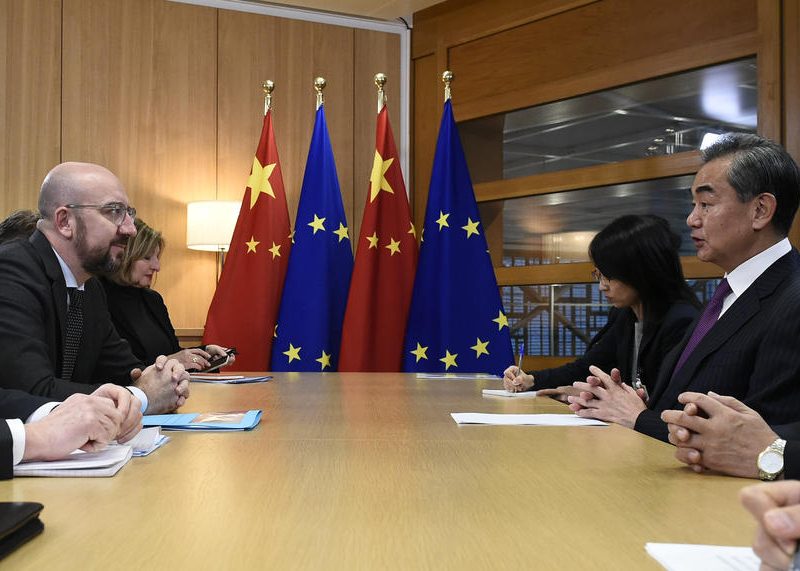 But for the businesses, it is more important to get a “good” deal than to conclude it in time for an EU-China summit planned for 14 September in Leipzig (Germany).

Moreover, he said that Europe should “walk away” from the negotiations if the Chinese counterparts make no progress in lifting the barriers for foreign investments, one of the key demands.

Since Europe labeled China as a strategic rival in March last year, the EU has stepped up its pressure on Beijing to address “unfair” trade and economic practices, especially industrial subsidies and the forced transfer of technology.

“The end of naivety is a major step forward,” Wuttke said.

The coronavirus has already infected more than 20,000 globally and caused 426 deaths. It has also seriously impacted the Chinese economy, as the Communist party decided to shut down factories across the country and citizens remain at home, affecting domestic consumption.

The IMF is expected to lower its forecast for China, according to officials.

According to Wuttke, the virus could bring China’s GDP growth close to 0% during the first quarter, while the output growth for the whole year could fall below 6%. But he expected that China would try to make up in the second half of the year for the ground lost in the early months of 2020.

One response to “Coronavirus threatens EU-China agreement in 2020”