People pass by the Louvre Museum in Paris, France, 13 March 2020. France will ban all gatherings of more than 100 people due to the coronavirus pandemic, French Prime Minister Philippe announced on 13 March 2020. President Macron announced the closing of schools, high schools and nurseries from 16 March 2020 on. [EPA-EFE/YOAN VALAT]

Against this backdrop, Commission President Ursula von der Leyen said that “we will do whatever is necessary to support the Europeans and the European economy”.

For the Commission, the priority is to inject liquidity into the European economy to provide all the needed resources to the health sector and struggling companies, especially SMEs.

For that reason, von der Leyen promised the “maximum flexibility” in the implementation of EU rules for state aid and the Stability and Growth Pact, so member states will not be constrained by the bloc’s rulebook during the crisis.

In addition, a total of €8 billion of unspent EU funds held by member states would be redirected to urgent needs related to the pandemic, which could potentially unlock €37 billion.

“The situation is evolving very fast,” von der Leyen said. “We stand ready to do more as the situation evolves”.

Maarten Vervey, the Commission’s director-general for economic and financial affairs, admitted that the growth forecast is “deteriorating very rapidly”.

Taking into account the economic shocks provoked by the coronavirus and the containment measures, Vervey said that “it is very likely indeed that growth for the euro area, and EU as a whole, will fall below 0% and potentially even considerably below 0%”.

He added that the precise growth figure will come in May, once the Commission updates its economic forecast.

The severe impact of the virus is reflected in the declining outlooks published over the past weeks.

The Commission forecast last month that the eurozone would grow this year by 1.2%, and the EU by 1.4%, although it excluded the virus from its calculations.

The Organisation for the Economic Cooperation and Development (OECD) cut the eurozone growth to 0.8% earlier this month, the same projection published by the ECB on Thursday.

The central bank, however, added that its projection was “partly outdated”, given that the cutoff date was two weeks ago, and did not consider the bulk of the containment measures taken by euro area governments.

Vervey said that the Commission projections foresaw a rebound of the economy next year, but warned that it would require “bold policy action”.

“If the response is too tepid, the likelihood of being in a crisis longer and second-round effects is simply high,” he added.

The Commission piled more pressure on member states to adopt the economic stimulus and support the most affected sectors, joining the ECB’s repeated calls for “an ambitious and coordinated” fiscal response.

EU finance ministers will meet on Monday to discuss the economic response to the coronavirus. Governments and EU institutions agreed they have to take decisive and determined action to keep the impact of the pandemic temporary and prevent it from causing permanent damage to the economy.

Von der Leyen said the economic response to the coronavirus unveiled on Friday was strong and the measures were “targeted” to support sectors in need.

The main economic measure will be the reallocation of €8 billion of unspent EU structural funds currently held by member states to priorities related to the coronavirus crisis.

Member states are obliged to give back to Brussels in May these pre-financing funds given for EU projects. But the Commission proposes amending the legislation immediately so that member states can use them to bolster health systems and support viable SMEs facing liquidity problems or workers affected by the temporary suspension of their activities.

Moreover, the EU executive proposes that member states use these funds as the national co-financing they have to provide to unlock additional EU funds and reach a total figure of €37 billion – higher than the €25 billion estimated by the Commission when it first outlined the liquidity package earlier this week. 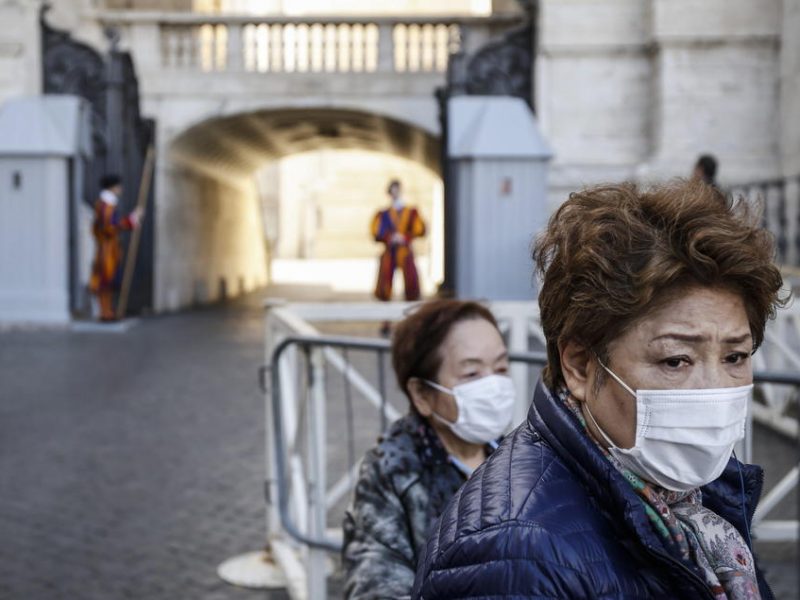 There will be no transfer between member states, however, although some countries less affected by the coronavirus, like Poland, will have more EU resources previously allocated than some more affected ones, like Italy.

The Commission admitted that it is not the “optimal allocation” of funds. Gert Jan Koopman, director-general for budget (BUDG), said they wanted to limit the scope of the changes, so the legal tweaks could be approved by the European Parliament and the member states within two weeks.

A complete redesign and relocation of funds would slow down the approval and the funds would “come too late for being relevant”, he explained.

Although the Parliament has suspended or postponed all its activities next week, its president David Sassoli said MEPs “will do this as soon as possible”.

“Not since the end of the Second World War have we faced such a dramatic crisis,” Sassoli stressed. In his view, the Commission’s package goes “in the right direction”.

In addition to these funds, the EU executive explained that it would consider the coronavirus impact eligible for the solidarity fund, and it lowered considerably the criteria to access this pot.

Member states could thus access around €800 million currently available in this fund, although the figure could be a bit higher, Koopman said.

Speaking alongside von der Leyen, vice-presidents Margrethe Vestager (competition) and Valdis Dombrovskis (economy) promised to use the full flexibility provided by the EU rules to accommodate the extraordinary measures taken by member states to support their economies.

Both hinted at the possibility of easing the constraints of the EU rules further, depending on how the situation evolved.

Vestager said her services are working with the governments to put in place schemes to help sectors that suffered more damages, so public subsidies could have a fast approval by EU officials.

She added that her team was already preparing a temporary frame similar to the scheme used after the financial crisis, so that state aid decisions can be approved more quickly by offering a general approach to all member states. 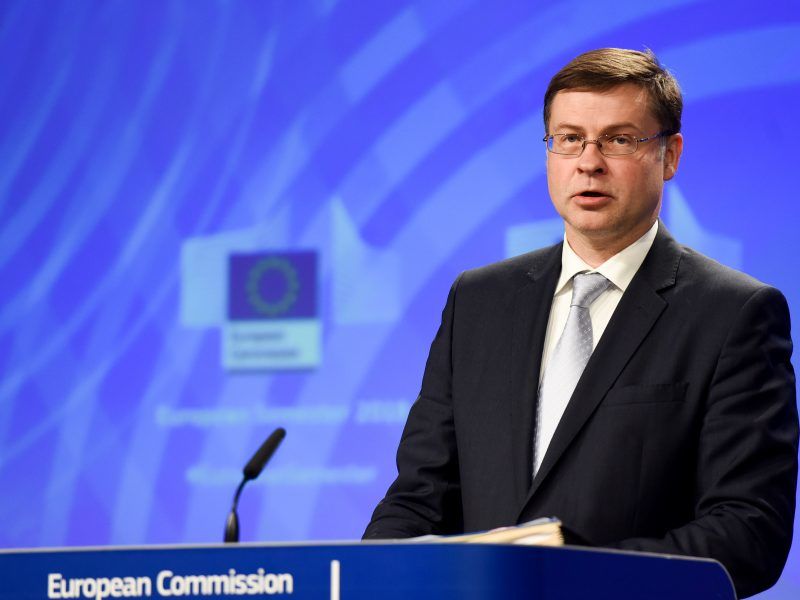 Dombrovskis said the extra spending by member states will be by nature a “one-off measure” to deal with unforeseen events, and will therefore be excluded from the estimate of the deficit and debt thresholds the Commission polices.

Moreover, he added that the Commission “stands ready” to activate the general escape clause included in the Stability and Growth Pact, which would allow for suspending the fiscal thresholds in case of a severe downturn. Member states would have to approve this escape clause.

One response to “Coronavirus ‘very likely’ to push Europe into recession, Commission warns”