Having exhausted much of its firepower with four years of unprecedented support, the ECB will reaffirm its asset purchases are set to end this year but also note that uncertainty is on the rise in the euro zone, giving its policy outlook a dovish undertone.

Such a nuanced message is likely to keep expectations for future rate hikes relatively benign with policymakers looking for only small and infrequent moves from late next year as the bloc’s economic expansion slows back to what is considered its natural potential after an exceptional run last year.

With the EU having taken the unprecedented step of rejecting Italy’s budget this week, the escalating political fight between Rome and Brussels will also be on the central bank’s agenda.

ECB chief Mario Draghi, himself an Italian, may repeat that no individual member state can expect its help, particularly one whose troubles are caused by a breach of European Union rules.

“If anything, expect a re-assessment of risks: The ECB could downgrade the risks to the outlook from broadly balanced to tilted to the downside.”

So even if the growth outlook is worsening, the ECB could still call risks balanced, partly to prevent a shift in expectations.

Policymakers speaking in public and private say that the bar on extending the ECB’s 2.6 trillion euro bond purchase scheme is very high and it was too early to reassess the interest rate guidance, which calls for no change until “through” next summer.

They are also expected to argue that inflation, the bank’s primary policy focus, is broadly following the path seen earlier, with headline prices possibly stronger on higher oil prices and core inflation on the weak side of expectations.

The ECB announces its policy decision at 1145 GMT, followed by Draghi’s news conference at 1230 GMT. Economists polled by Reuters are unanimous in expecting rates to stay unchanged and for the bond buys to end in December.

No support for Italy

Its standoff with the EU has already cost Italy dearly through higher borrowing costs as investors ditched its bonds and depressed bank shares.

While the ECB is worried the Italian sell-offs could spread to other countries in the euro zone, it will be keen not to be seen rewarding Rome’s fiscal excesses by offering support.

To send that signal more explicitly to Rome, the ECB could formalise its decision to end bond purchases as soon as Thursday rather than, as generally expected, defer it until December.

“The ECB would likely be reluctant to help a government that is in open and deliberate breach of the rules,” BNP Paribas said in a note to clients. “Just as importantly, it would not want to be seen to be doing so.” 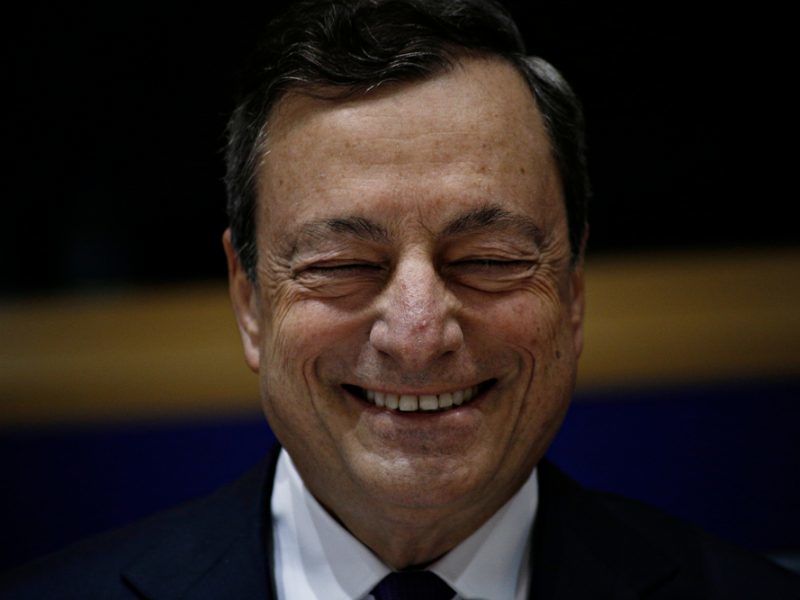 The European Central Bank’s bond-buying programme does not exceed its mandate and is in accordance with EU law, the European Court of Justice (ECJ) advocate general said on Thursday (4 October), in response to complaints raised in Germany.

But Italy’s turmoil comes at an unfortunate time for the euro zone. Growth is already slowing, financial markets are increasingly volatile, the risk of a no-deal Brexit looms large and a global trade war may dent confidence further.

Beyond the broader economic outlook, the ECB may also debate tweaks to policy on reinvesting cash from maturing debt, as flagged by Draghi last month.

While that decision is also not expected until December, the ECB could already decide on Thursday to emphasise that it will remain in the bond market for years to come with enough firepower to smooth periods of stress.

Yet changes in reinvestments are expected to be mostly technical to ensure smooth implementation of ECB policies as bonds often mature in large chunks. 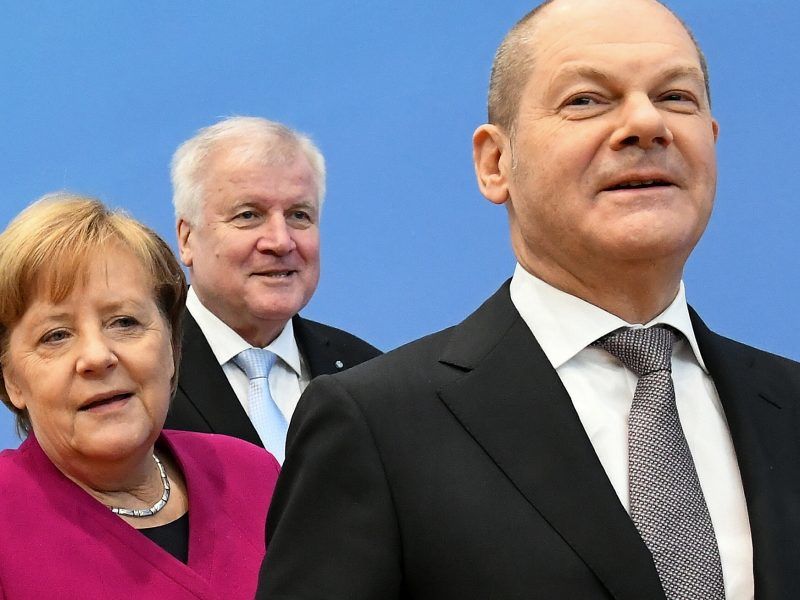 German Finance Minister Olaf Scholz said on Thursday (11 October) he did not expect Italy to need aid to deal with its debt pile. Any intervention by the European Central Bank would require Italy to formally apply for a rescue programme, sources said.