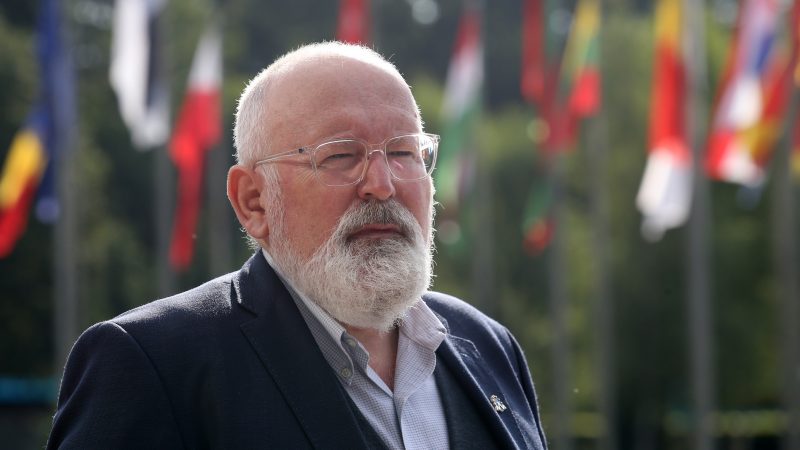 Proposals under the European Commission's Fit for 55 package include creating a new emissions trading scheme to impose a carbon price on road transport and buildings (ETS II). [EPA-EFE/TOMI LOMBAR]

Proposals under the European Commission’s Fit for 55 package include creating a new emissions trading scheme to impose a carbon price on road transport and buildings (ETS II). But stakeholders are warning that the move would hit society’s most vulnerable.

“A €5 increase in the price at the petrol pump and €35-40 per month on household energy bills will negatively affect the income of all workers,” said Ludovic Voet, ETUC confederal secretary. He added that renewable alternatives were not yet available for households.

“The potential for any legislative proposal to either exacerbate or curb energy poverty should thus always be examined,” said Sarah Mekjan of Climate Alliance, a city network fighting energy poverty in Europe.

She added that the new EU proposals or ETS II for road transport and buildings are no exception in that regard, but that Climate Alliance is in favour of carbon pricing.

ETUC noted that if adopted, the proposal would impact 50 million EU households living in energy poverty, with a price of €170 per tonne of CO2 resulting in annual cost hike of €373 for transport and €429 for buildings for an average household.

For comparison, the current ETS carbon price is hovering above €50. The German carbon price, imposed in 2021 is set to be at around €60 in 2026, when the EU’s proposal would come into effect.

Europe’s energy poor, those unable to heat their homes in comfort, are estimated to number somewhere between 50 and 125 million people (UK included). The health impacts of energy poverty are widely acknowledged.

Energy poverty is most prevalent in Bulgaria, with about 30% of its citizens struggling to afford their energy bills. “Romanians and Bulgarians already pay the highest electricity prices in Europe as a consequence of the energy ETS, if accounting for purchasing power,” said Paulus.

Green MEP Paulus and a number of EU lawmakers have said they share these concerns over a carbon price on gasoline and heating fuels, given that higher prices would hit the whole of the bloc, despite its citizens having vastly different purchasing powers.

Poorer households would be disproportionately affected by an increase in gasoline prices as they spend a larger amount of their monthly budget on transport, agreed S&D MEP Jytte Guteland told EURACTIV.

“The European Commission’s ‘Fit for 55’ legislative package will penalise poor Europeans,” warned Martha Myers of Friends of the Earth Europe.

The Commission has responded to the criticism by proposing a Social Climate Fund unveiled by Vice-President Frans Timmermans on 14 July. The fund, if co-financed by the EU states as envisioned, will amount to a total €144.4 billion.

However, this too has been met with skepticism, with critics questioning the voluntary nature of the scheme and its scope.