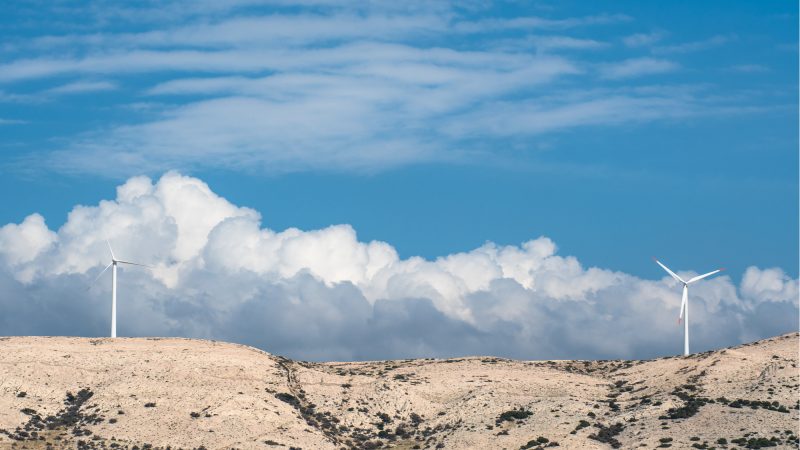 PAG ISLAND, CROATIA, OCTOBER 2020. Windmills on the island of Pag against sky and clouds. [Shutterstock/Vedrich]

ohesion policy is the most powerful tool at the EU’s disposal for the fight against climate change, but border regions and islands need additional expertise to successfully implement the green transition, experts in Croatia have said.

“Different EU regions have different needs. Such a trend is especially obvious in island communities and border regions, which often have limited capacities,” MEP Tonino Picula told a virtual conference on ‘What is Europe doing in my region‘ organised by EURACTIV Croatia on Friday (29 January).

The social democrat lawmaker said that “we have to make sure that they have enough resources at their disposal, before expecting them to create an integrated and sectorally compatible infrastructural solution. The European Green Deal has a key role in that regard.”

Most of the country’s more than 1,200 Adriatic islands are small and uninhabited, with little infrastructure. But Picula pointed out that bigger islands in Croatia have already successfully started implementing green policies, without any push from the EU.

According to the European lawmaker, the island of Krk in the northern Adriatic has been carrying out such policies for at least a decade and is considered to be one of the best examples of good practice in the EU.

Islands of Cres, Lošinj, Brač, Hvar, and Korčula have also willingly accepted the appeal of the Clean Energy for EU Islands Secretariat, while the island of Zlarin has launched the zero-plastic initiative without a single euro from the EU.

For Picula, the fight against climate change has been primarily driven by the personal motivation of the local community.

Maja Jurišić from The Island Movement Initiative pointed out that even though Croatian islands seem to have vast and inexhaustible resources, they are struggling with a lack of capacity and know-how in EU funded projects.

“When you crunch the numbers, you are forced to face a painful reality of numerous challenges in the field,” Jurišić said.

“Lack of a functional website for companies registered on the islands, and the overall lack of people there are just some examples of such issues,” she added.

Jurišić also believes that local citizens willing to adapt to different lifestyles have the biggest role in energy transition on Croatian islands.

They are the main reason why the island of Zlarin has managed to embrace the zero-plastic initiative so well.

“We started with only 10.000 HRK (1.500 EUR), but we were free to use it without any strings attached. There was a certain freedom in it that we appreciated very much,” said Ivana Kordić from the Zlarin Without Plastics Initiative.

“Now, we want to transfer our know-how to other islands in the region,” she added.

Given the fact that islands are isolated and dislocated regions, they can be used as „test-drives” for the energy transition, according to Ugo Toić from OTRA on the island of Cres, an energy transition agency coordinating the implementation of local development initiatives and projects.

Islands, even on the EU level, have a different status, which gives them a certain advantage. We can test green policies and successful principles can later be transferred on larger scales, he said.

At the same time, Toić admitted that the biggest challenge they face in terms of using EU funds for energy transition is the lack of experienced people in island communities.

“Because of that, the biggest question is how much use we can make of the available opportunities,” he concluded.