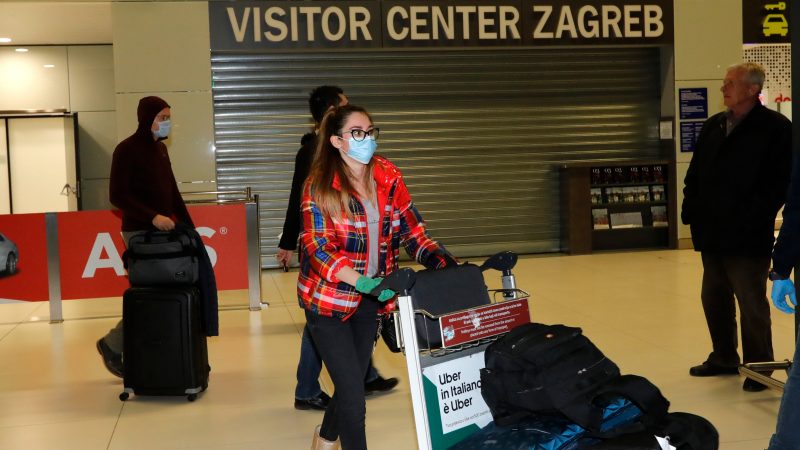 File photo. Croatian citizens at Franjo Tudjman airport in Zagreb, Croatia, 4 April 2020. A new wave of migration abroad was spurred by the country's accession to the EU in 2013. [EPA-EFE/ANTONIO BAT]

Croatia’s population has shrunk by nearly 10% in the last decade due to an exodus fuelled by a flagging economy, the latest census showed Friday (14 January).

The latest European Union member is home to just 3.8 million people against 4.2 million a decade ago, Croatia’s statistics bureau said.

The country has been beset by mass migration for years thanks to a largely static economy and lack of opportunity for young people.

A new wave of migration abroad was also spurred by the country’s accession to the EU in 2013.

More than 250,000 Croatians have left since it joined the bloc, with many seeking a better life in Germany, Austria or Ireland, official figures showed.

According to projections by the United Nations, Croatia will likely have just 2.5 million people by the end of the century.

In December, the conservative government in the capital Zagreb announced a new scheme promising Croatian expatriates in the European Union up to €26,000 to return home and start a business.