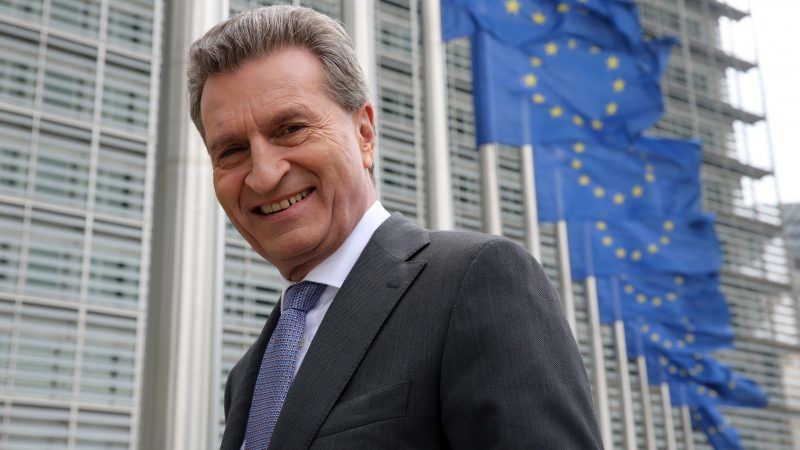 “Cohesion policy is traditional but not old-fashioned,” Günther Oettinger said in an official meeting with the European Associations representing Regions and Cities that formed the Cohesion Alliance.

The German Commissioner emphasised that his aim was to stabilize Cohesion Policy  – one of the EU’s biggest financial envelopes – not to harm it.

Oettinger recalled the support extended to Germany’s reunification through structural funds but said that two major mistakes had been made in negotiating the previous Multi-annual Financial Framework (2014-2020).

One was that the leaders agreed to David Cameron’s proposal to lower the EU budget for the first time ever. The second was that the negotiations took a lot of time to conclude, leading to problems in the implementation period, which was shortened.

The Commissioner said that Brexit meant that all agencies, from agriculture to research, are fighting to keep their budgets.

That is why, he said, we need to convince the member states “to pay a little more”, asking the Regions and the Cities to pass the message on to “Den Haag, Helsinki, Vienna and Stockholm”, naming the capitals of the countries most resistant to an EU budget increase.

The Commission will reveal its official proposal for the EU budget on 2 May.

Cretu: The contributors/receivers division is too simplistic

“I don’t like the split between contributors and receivers, it is a very simplistic approach”. “Belgium, for example, has pockets of poverty, and we need a policy to address such issues”.

“Cuts will have serious consequences for the prosperity and the unity of the future Union”, warned the president of the Committee of the Regions, Karl-Heinz Lambertz.

“I expect from the Commission not to be convinced, but to convince the member states, this is its role,” said Vasco Alves Cordeiro, president of CPMR. He added that Portugal had already committed to contributing more to the future EU budget.

“The success of the EU’s new priorities depends on the ability of local governments to invest in their territories. These investments cannot happen without a strong Cohesion Policy”, said Ilmar Reepalu, a spokesperson for CEMR.