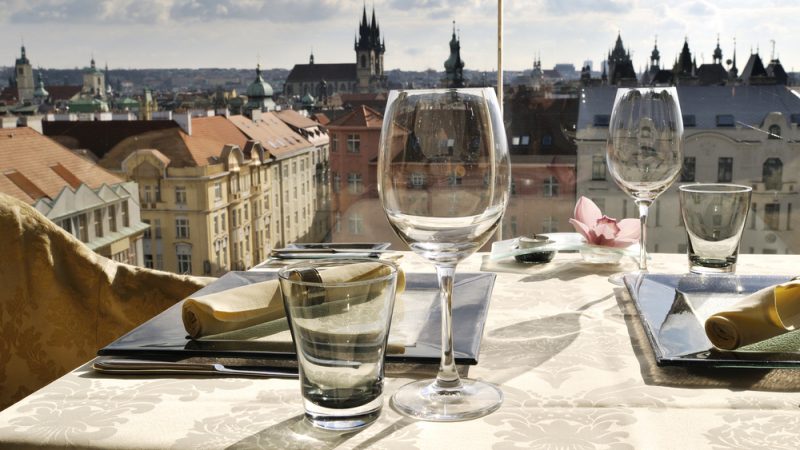 “It's no longer mainly the sights or attractions, but it’s the holistic experience that tourists consider when deciding where to go. And gastronomy is fundamental in their decision making,” said Luboš Kastner, a co-owner of restaurants in the Pilsen region. [Shutterstock/Martin Froyda]

Switching to quality gastronomy combined with greening measures in restaurants will be key factors in reviving the Czech hospitality industry in the post-pandemic era, as tourists have now become more demanding in several aspects, Czech restaurants owners have told EURACTIV.cz.

“It’s no longer mainly the sights or attractions, but it’s the holistic experience that tourists consider when deciding where to go. And gastronomy is fundamental in their decision making,” said Luboš Kastner, a co-owner of restaurants in the Pilsen region in western Czechia.

Kastner explained that as a result, tourists tend to favour those areas and sights where they can also find quality dining options.

“They [tourists] prefer to go to a less attractive tourist destination if they know that they will have a great meal there and get to know any local artisanal specifics related to food and drink,” he told EURACTIV.cz, noting that the current trend for restaurants is the “professionalisation” of gastronomy.

“The guest has become more demanding and more interested in gastro during COVID-19 pandemic, perhaps even more educated about it,” he said.

Analysts suggest that equally important is tourists’ environmental considerations and what restaurants particularly do about that.

As restaurateurs do not have enough budget to implement environmentally-friendly measures, they hope for investments coming from the EU-funded National Recovery Plan (RRF), from which Prague expects to receive €7 billion in grants.

Disposal of food waste is among the most promising areas. According to Ondřej Černý, sales director of biogas station in Rapotín, the company currently cooperates with 70 gastro establishments, while hundreds of restaurants in the Czech Republic are interested in these services.

“I hope that this number will increase in the future,” he concluded.

Restaurants in the Czech Republic were dealt a severe blow during the pandemic due to successive lockdowns.

Although Europe has to a large extent returned to normality and lifted safety measures, the sector has not returned to pre-pandemic levels. According to representatives of the local sector, the number of people going to restaurants has dropped by 20-30%.

Moreover, the number of foreign tourists remains low and Czech restaurateurs these days depend mainly on domestic clientele.

“Sales are very weak. Businesses partially reached pre-pandemic numbers in the summer of 2021, but since then, they have been well below,” Kastner said.

Michal Voldřich, president of the Czech-Moravian Association of Microbreweries, shares a similar view.

“Anyone who looks into a restaurant sees it either empty or half-empty,” he said.

Voldřich noted that foreign tourists rarely return to Czech restaurants while local gastronomy, which largely focuses on tourists, has failed to change its model and switch for instance to Czech clientele.

This resulted in many businesses deciding to temporarily close during the winter, expecting to re-open in the spring.

“Everyone hopes that tourism will recover at least partially this year, at least to the level of last summer,” Krastner said.

In the third quarter, growth was significantly high in tourism-related sectors, as the Czech Statistical Office’s overview shows but Voldřich remained cautious.

“There is no foreign tourism now and it will be slowly recovering in the next two years at least. It will probably have a different form,” he added.

Currently, the Czech gastronomy sector depends almost exclusively on local people and Czech tourists who are travelling within the country.

“Last summer was even a record for domestic tourism. Still, restaurants in towns focusing exclusively on tourists have mostly closed,” Kastner said.

Voldřich also estimates that people will have to appreciate “their innkeeper”.

“Only the strong ‘heroes’ will stay. Most restaurateurs are dependent on their savings, most loyal regulars, and their own skill in case they take the jobs their former employees held.”

From the perspective of local citizens, however, the role of pubs and restaurants is crucial.

“It’s not an exaggeration to say it is our national intellectual asset.”