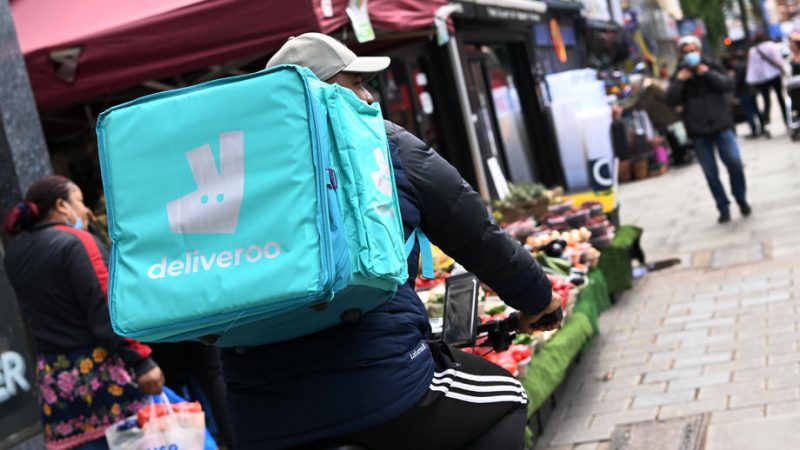 The takeaway platform immediately hailed the result as “a victory”, although the judgment related to a small minority of riders working as independent contractors.

“The labour relationship linking Deliveroo to the 115 riders… cannot be requalified as an employment contract,” the court said.

“It’s a victory from a legal standpoint for Deliveroo. It’s also one for the riders who made the conscious choice to work as independent contractors with the flexibility they desire,” a spokesman for Deliveroo’s Belgian subsidiary, Rodolphe Van Nuffel, told AFP.

CSC, a union covering around 30 of the riders, said it was “surprising” the court did not find there was a legal employer-employee relationship.

“This ruling doesn’t favour anyone, and certainly not the riders who wanted to benefit from the rights of other workers, such as social security or workers’ accident insurance with real coverage,” a union representative, Martin Willems, told AFP.

He said only 15% of Deliveroo riders in Belgium work under independent contractor status, while the rest are under a “collaborative economy” category for those who make money from sharing activities proposed by platforms.

The latter category, introduced in 2016, allows people to engage in the gig economy by providing occasional small services to top up their other revenues, but offers no social security coverage.

The court had to weigh two statuses, those of salaried employee or independent contractor, but those categories were “not applicable” to services offered by online platforms, Willems said.

He said it was “urgent” that the Belgian government clear up that inconsistency.

The Belgian judgment was delivered ahead of a proposal the European Commission is to present on Thursday setting out criteria to determine whether a worker in Europe using Uber, Bolt or Deliveroo should be considered an employee of the platform or not.

The criteria reportedly concern pay levels, demands on appearance such as uniforms, and restrictions on a worker’s ability to refuse jobs.

If sufficient boxes are ticked, platforms could no longer argue they are exclusively tech platforms and would be forced to operate like bricks-and-mortar firms with labour laws to obey.