The transformation of jobs in the digital era will force governments to review their welfare systems and workers to constantly update their skills, senior European officials, experts and ministers agreed during a conference held in the Estonian capital Tallinn this week (13-14 September).

In this ever-changing reality, the welfare state’s importance will increase as guarantor to sustain the sufficient level of inclusiveness and productivity in a declining job market.

Having one of the lowest unemployment rates in Europe (around 7%), and arguably one of the most digitised societies in the bloc, Estonia has few reasons to fear the impact of the digital transformation of its economy and labour market.

The country has also adapted tax collection to the new gig economy. And its citizens proudly use IT systems to deal with almost all types of administrative procedures.

But artificial intelligence, robotics, 3D printing, the Internet of Things and many other technologies are already transforming our economies and jobs. The impact of technology is forcing us to think what jobs we may need down the line and how the welfare state will support workers in a period of massive transformation.

For that reason, senior officials, experts and business leaders met in Tallin for the ‘Future of Work’ conference to assess whether the existing social security systems are fit for the future of work or if the European welfare model needs to be readjusted.

While there was general agreement that the nature of work will change, for Jevgeni Ossinovski, Estonia’s minister of health and labour, there was no doubt that the welfare state “will not only survive but has to be strengthened” in this fourth industrial revolution.

“I don’t think there is any need or actually a possibility in Europe to scale back fundamentally on social protection. I think this is one of the issues that make Europe the best place on earth to live in,” he told EURACTIV.com.

This is not the first time that technological change has transformed the way we live and work. But the pace of today’s transformation is so much faster than before that it impedes the readjustment process of individuals and societies. 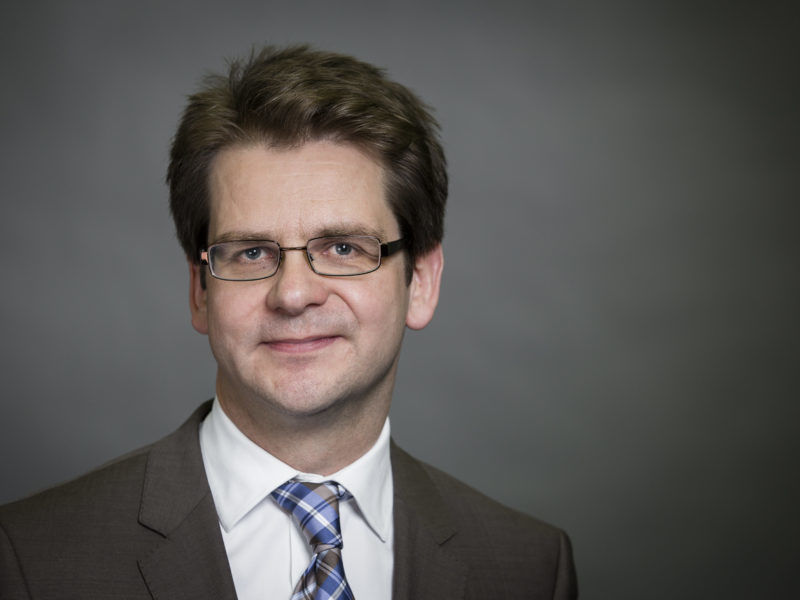 German minister: 'Platforms have to pay social security in the future'

Moreover, a majority of voices believe that the digital revolution will destroy more jobs than it will help create.

“The rapid change of work is undoubtedly putting pressure on many countries”, said the Director-General of the International Labour Organisation, Guy Ryder. He noted that the job polarisation and widening inequality were fuelling uncertainty and fear among citizens.

But some other organisations and experts are more upbeat.

“The OECD is quite positive about the net result” in terms of jobs, said its Deputy Secretary general, Mari Kiviniemi. It will be a new world, but the losses will not be enormous, she said.

The priority for governments will be to ensure that workers have the right skills and the social protection required for the increasing periods of transition.

For Jacques Bughin, director of the McKinsey Global Institute, the digital era will generate more jobs compared to those that will disappear –  a net increase of around 0,9%.

Bughin said that governments, societies and companies must embrace the change and not resist the new digital transformation brought on by automation and artificial intelligence. “You have to actively manage the transition, otherwise the friction may create more unemployment,” he stressed.

Michel Servoz, director-general for employment at the European Commission, said policy-makers should take time to collect more evidence before deciding the course of action.

In order to reduce inequality, a priority should be to provide some 70 million Europeans with the basic skills they lack (literacy, numeracy and digital skills). Because, as Servas said, “it is going to be a massive challenge for them, therefore we should focus on them”.

More broadly, the need to continuously update the workers’ skills and provide lifelong learning programmes appears as another top priority. Stable careers no longer exist. Around 10% of jobs will disappear, but the real challenge is that at least a third of them will change due to the digital disruption. Adaptation will be a must.

Education will play a major role in preparing workers for that flexibility, but security must also be increased to ensure a high level of productivity, employment and inclusion.

ILO director: 'Trump is the result of our own failures'

Business leaders and government officials have already warned of the risks – more poverty, populism, protectionism and anxiety – in recent months.

In the words of Ylva Johansson, Sweden’s minister of employment and integration, the fast pace of transformation is particularly challenging for the newcomers to the world of work, because “they are jumping into a train that is already moving”.

“Before we used to say we protect workers, not jobs. Now jobs are not disappearing but transforming. The new challenge is being left behind by the transformation of your job”, she added.