Agreed in principle last year after two decades of negotiations, the EU’s draft deal with the South American trade bloc would create a huge market of more than 750 million people.

But the ratification process has stalled among the EU’s 27 members, notably over concerns about Brazil’s perceived lack of commitment to protecting the Amazon rainforest.

“We’ve been expressing our concern (about environmental issues) to the Brazilian government for some time now,” he said.

He said EU executive vice president Valdis Dombrovskis “has already said that unless we re-establish trust in the Brazilian government on that point, it’s going to be very difficult to move forward.”

Bolsonaro, a far-right climate-change skeptic, has faced international criticism over deforestation in the Amazon, which has surged on his watch.

Deforestation in the Brazilian Amazon increased 9.5% to a 12-year high in the year to August, destroying a total area larger than Jamaica, according to Brazilian government figures.

Various EU states including France and Germany have expressed reservations about finalizing the deal with Mercosur — which comprises Argentina, Brazil, Paraguay and Uruguay — mainly because of environmental concerns.

A French government-commissioned report earlier this year found the deal would fuel an increase in South American beef production and give rise to a 25% rise in deforestation.

The Bolsonaro government fired back that the report showed France’s “protectionist interests.”

Speculation has swirled recently that the two sides could reopen negotiations in a bid to find a mutually acceptable compromise.

But Ybanez said that would be beside the point.

“What would be good is (for Brazil) to find a political commitment to present in Europe to address the lack of trust in the Brazilian government’s performance,” he said.

“The agreement itself is very good. We don’t need to reopen it.” 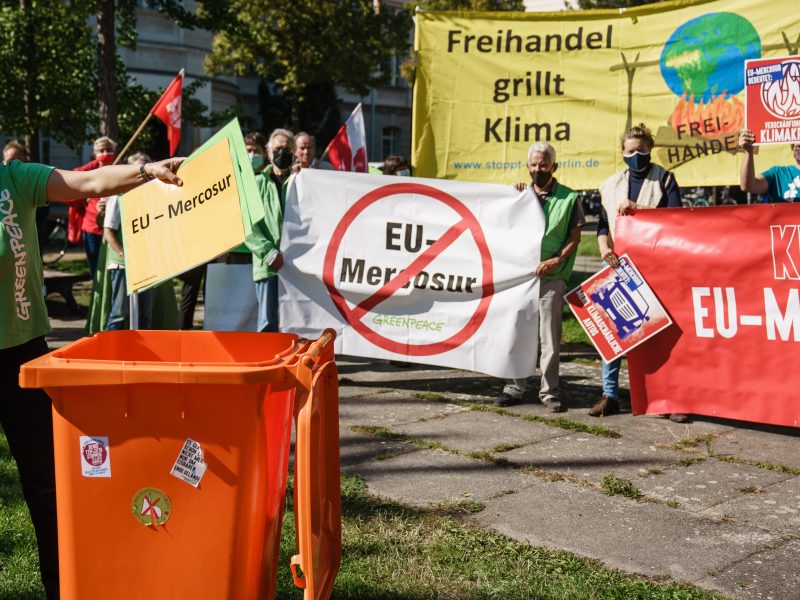