ECB President Mario Draghi urged EU co-legislators on Monday (23 September) to set up a fiscal capacity to counter the eurozone’s economic shocks, while he warned of the worsening economic outlook in his farewell debate with MEPs.

Speaking to European Parliament’s committee on Economic and Monetary Affairs, the president of the European Central Bank defended the “strong” monetary response launched two weeks ago, due to “the more rapid and extended slowdown than previously anticipated, persistent and prominent downside risks to the growth outlook, and a further delay in the convergence of inflation towards our aim.”

But the ECB’s low interest rates, cheap credits to banks and bond-buying programmes would not be sufficient to get the European economy back on track.

“We need a coherent economic strategy in the euro area that complements and enhances the effectiveness of monetary policy,” he said.

In Frankfurt earlier this month, Draghi stressed that member states should play their role by launching fiscal stimuli and progressing on structural reforms to counter the risk of recession.

And recalling his initial words before the committee in 2011, when Europe was falling into a second recession, he insisted on concluding the economic and monetary union (EMU) with a central fiscal capacity to support euro members when their economies face sudden shocks.

Both French President Emmanuel Macron and the European Commission have called for a eurozone budget over recent years. But the proposal found strong opposition by a group of countries led by The Netherlands.

EU finance ministers are discussing the details of watered-down version, expected to be signed by the end of this year.

This new instrument however would not include the countercyclical dimension requested by the ECB, but instead would only support reforms and investments.

“I fully acknowledge the political difficulties in building such an instrument in the euro area. Similar difficulties also exist when discussing the completion of the banking union and the establishment of a genuine capital markets union,” Dragi told MEPs.

But he warned that “ignoring the need to fix the remaining institutional weaknesses of EMU would seriously damage what has already been achieved through the commitment and hard work of everyone involved.” 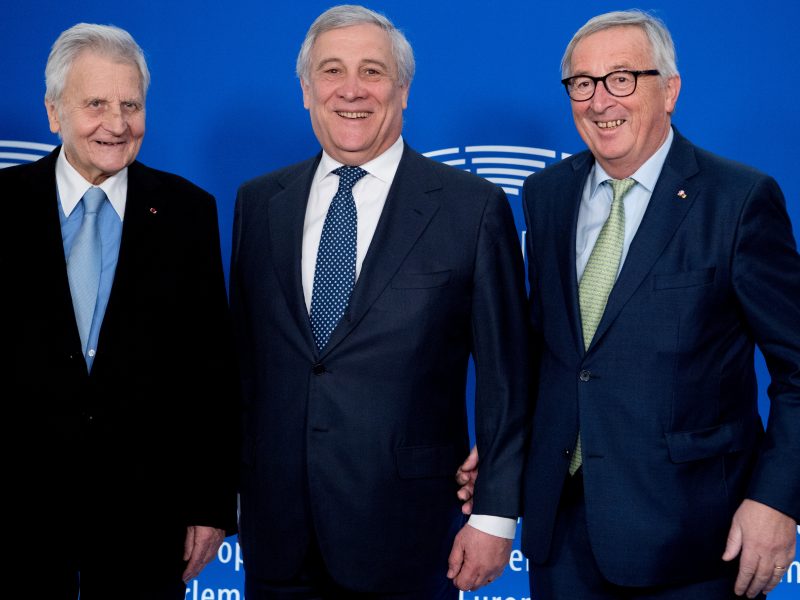 Draghi’s last hearing before the parliament’s committee came against the backdrop of the slowdown of eurozone growth levels, which, Draghi said, were “more than we had previously anticipated”.

Looking ahead, the horizon looks gloomier, he warned.

“Recent data and forward-looking indicators – such as new export orders in manufacturing – do not show convincing signs of a rebound in growth in the near future and the balance of risks to the growth outlook remains tilted to the downside.”

“The longer the weakness in manufacturing persists, the greater the risks that other sectors of the economy will be affected by the slowdown,” Draghi added.

The Italian central banker explained that the trade war and other geopolitical factors are affecting European output and economic confidence, especially the manufacturing sector.

As a result, Germany is “one of the euro area members most affected by the slowdown”, given the importance of its manufacturing sector, a total of 39%, superior to its weight on the euro area GDP, around 28%.

Last week, the German government launched a €54 billion fiscal stimulus to facilitate the transition towards a ‘green’ economy and support the ailing growth.

Draghi will chair his last ECB’s governing council on 24 October. The IMF’s outgoing managing director Christine Lagarde will take over on 1 November, the first woman to lead the region’s central bank.