Speaking to reporters after the ECB’s governing council meeting, Draghi said that “personally, I am confident that an agreement will be found”.

The Commission took an unprecedented decision on Tuesday to reject the Italian budget, after Rome submitted a draft plan that increased spending above the limits of the Stability and Growth Pact in an “unprecedented” manner, the institution said.

“In the end, it is just good common sense of what is good for the country, for households and for the people”, Draghi argued to explain his confidence.

Draghi, who had been Italy’s central banker before he arrived in Frankfurt in 2011, rejected the possibility of becoming a mediator in the standoff as this is a “fiscal discussion”.

But in his opening remarks, he left a clear message for Italy.

This period of economic expansion should have been used by highly indebted economies for “rebuilding fiscal buffers”. In addition, “full adherence” to the EU’s fiscal rules is critical for these nations to safeguard “sound fiscal positions”.

In order for Italy to reduce its massive public debt, the EU executive requested the country to adjust its deficit, via new taxes or spending cuts, by around 0.6% of its GDP.

Instead, the populist government led by Five Star Movement and Lega passed an expansionary budget that would boost spending almost 0.9% of GDP and take the deficit to 2.4%, three times higher than the target set by the previous government.

Italy should submit a new budget including the adjustments requested by the EU in three weeks. Otherwise, the Commission would launch an excessive deficit procedure that could ultimately lead to a fine of 0.5% of its GDP.

Commission vice-president for the euro, Valdis Dombrovkis, debriefed the ECB’s governing council on the Italian case.

Draghi said Dombrovskis had told the eurozone central bankers that “we have to observe and apply fiscal rules. But we are also seeking a dialogue”.

The Italian budget was also the topic of a phone conversation on Thursday between Commission President Jean-Claude Juncker and German Chancellor Angela Merkel.

Berlin had expressed its support to the Commission’s enforcement of the EU’s fiscal rules.

So far, Italy’s defiance of EU rules has had a “limited” spillover effect on some “non-core countries”, Draghi observed.

The borrowing costs of countries like Spain and Greece increased over the past days but at a lower level compared to periods of the eurozone crisis.

Draghi also expected that “good common sense” would be found in the EU-UK withdrawal negotiations in order to minimise the financial risks.

Brexit was also part of the Juncker -Merkel phone conversation.

However, Draghi warned that if both sides continue to fail in finding a solution as the Brexit date of 29 March approaches, the private sector would have to start preparing under the assumption of a disorderly divorce. 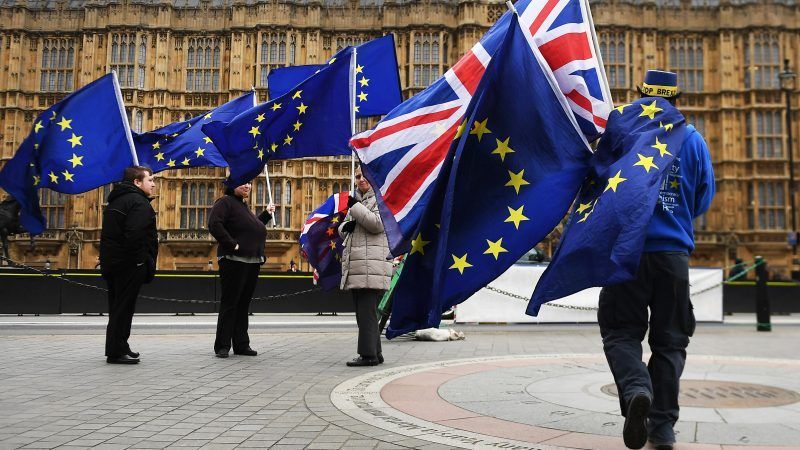 He said that a ‘hard Brexit’ would cause “big uneasiness” in the financial markets, the central counterparty clearing houses (CCPs), critical in the €660 trillion derivatives market, and other players.

The Italian dispute, Brexit, the ongoing global trade war and market turbulences are part of the increasingly shaky economic and financial context.

The ECB noted the “weaker momentum” of the eurozone economy. However, the institution did not change its baseline scenario as it does not register a downturn in the euro area output.

Draghi explained that some of the reasons for the loss of steam were also found in country-specific factors, such as Germany’s car sector or the export performance of some eurozone economies.

In addition, he recalled that the euro area economy grew about its potential last year and the output was returning to its normal level.

But he added that the governing council will reassess the trends in December to see where the European economy is heading.

For the time being, the current assessment led the ECB to keep the key interests rates unchanged. The central bank also maintained its debt-buying programme at the monthly pace of €15 billion until December, as previously announced.