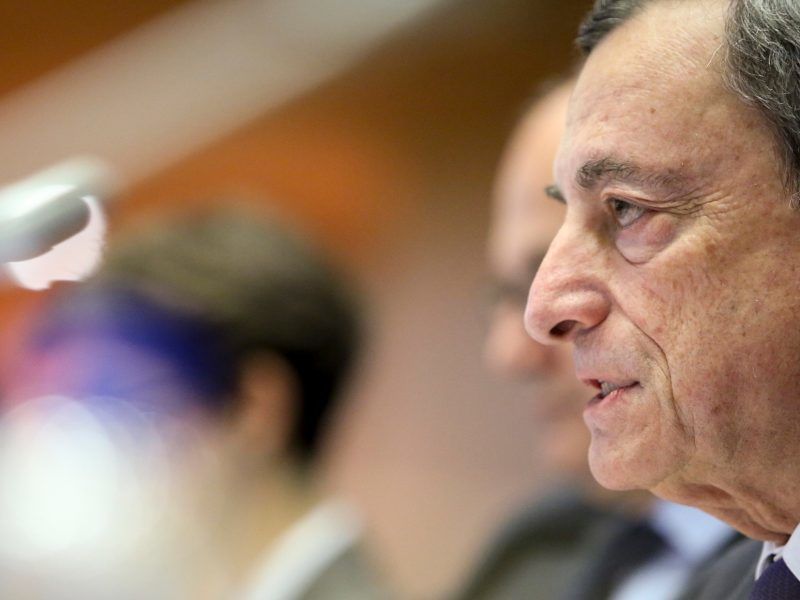 Against this backdrop, the central bank revised slightly downwards its two-year economic forecast. It now expects eurozone economy to grow 1.9% this year and 1.7% in 2019, compared with 2% and 1.8% projected in September.

Draghi described the current mood in the Frankfurt-based institution as “continuing confidence with increasing caution”.

Looking at the various risks, he noted that these factors “may change”. He noted the slight improvement in the global trade dispute, with less vulnerability seen in emerging markets.

Draghi confirmed that the ECB would conclude its bond-buying programme this month after almost four years, pumping €60 billion per month in the economy during most of this period.

But the ECB will continue with its monetary support as it will reinvest the stock of acquired assets.

This “continues to provide the necessary degree of monetary accommodation for the sustained convergence of inflation to our aim.”

In view of expected slower growth and persistent risks, he said “significant monetary policy stimulus is still needed” to reach the ‘below but close to 2%’ inflation target and maintain the European expansion.

Draghi pointed to “weaker than expected” economic indicators over the past months, reflecting “softer” external demand as a consequence of the trade tensions, but also some country and sector-specific factors.

He already warned in October about the weaker economic performance in some countries like Germany, dragged down by its car industry.

Still, the ECB chief said that the strength of the domestic demand continues to support the eurozone expansion, while some voices are warning about the approaching end of the expansionary cycle.

The issue of the UK’s withdrawal from the EU did not pop up during his press conference, despite the growing risk of a disorderly divorce.

While Draghi spoke with reporters, UK Prime Minister Theresa May was meeting in Brussels with EU leaders, seeking their support to pass the divorce deal in the UK Parliament. 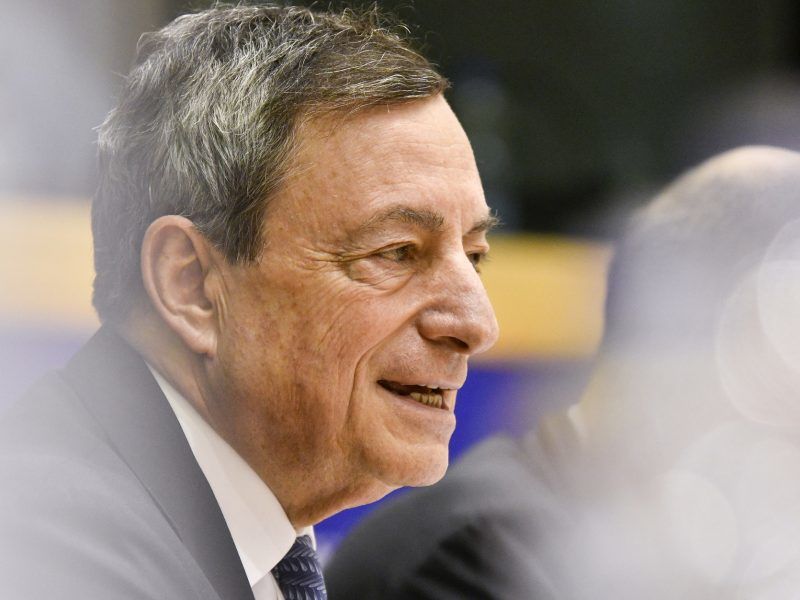 ECB chief Mario Draghi called for the completion of the eurozone framework and to reduce divergencies between West and East members in order to protect the euro in a more “unstable” world on Monday (26 November).

In line with his previous remarks, the Italian central banker urged member states once again to complete the economic and monetary union, including a fully-fledged banking union and deep capital markets union.