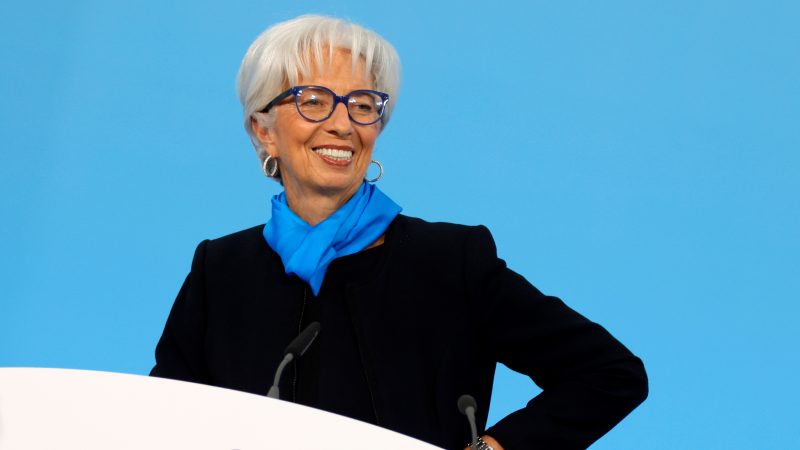 Only a quarter of senior positions in economics at universities and business schools are held by women, according to a recent study. Christine Lagarde, President of the European Central Bank (ECB), pushes for more women in economics, saying “diversity is key to creating knowledge”.

“In economics, women are vastly underrepresented,” said Hélène Rey, a professor of economics at the London Business School who spoke at the “WE_ARE_IN” conference hosted by the ECB and the centre for economic policy research (CEPR).

“Especially in macroeconomics and finance, the share of women is far too low,” Rey added at the conference, which aims to showcase the work of female economists.

A new study by professor Emmanuelle Auriol and other academics provides the numbers to back this claim. The study shows that only 25% of senior level positions in top economics research institutions in the EU and the US are held by women. At a more junior level, 37% of positions are held by women.

No matter the seniority level of the position, the share of women is lower in the high-ranking institutions than in institutions that do not occupy the top spots in university rankings. According to the authors of the study, this suggests that the problem of female underrepresentation begins early in the careers.

In a keynote speech at the “WE_ARE_IN” conference, ECB President Christine Lagarde said: “In academia, women need to work harder in terms of both quality and quantity of publications to reach the same level of success as men with similar talent and background.”

“Broadening women participation and removing the obstacles they face is not just a matter of fairness, which in and of itself would be sufficient, but it is also needed because preventing women from achieving leadership roles is detrimental to society as a whole,” Lagarde argued.

She cited studies which found that corporations with more female participation at board level were more resilient and stable as well as better performing. In her opinion, organisations would gain from a variety of perspectives. “Diversity is key to creating knowledge,” Lagarde said.

A long way to go

This message has not yet been driven home in all financial institutions. In 2020, for example, journalists uncovered gender discrimination at the Swiss National Bank.

At the ECB, 31% of senior management was female in 2020 and the goal is to reach 40% by 2026. However, in the ECB’s governing council, only 2 out of 25 members are women: Isabel Schnabel from Germany and Christine Lagarde.

“Men are pretty good at networking, we are not. And we better improve,” she advised participants of the conference.

“We have to make sure that once we have a foot in the door, there will be more who come behind and with us,” Lagarde said, pointing to the fact that she had appointed the first female general counsel and the first female chief economist at the IMF.

Lagarde concluded her remarks by reaching out to those who were so uncharacteristically absent in this economics conference.

“Success can only be achieved in a collective effort that involves not only women, but also men, institutions and society.”