By EURACTIV with Reuters and János Allenbach-Ammann 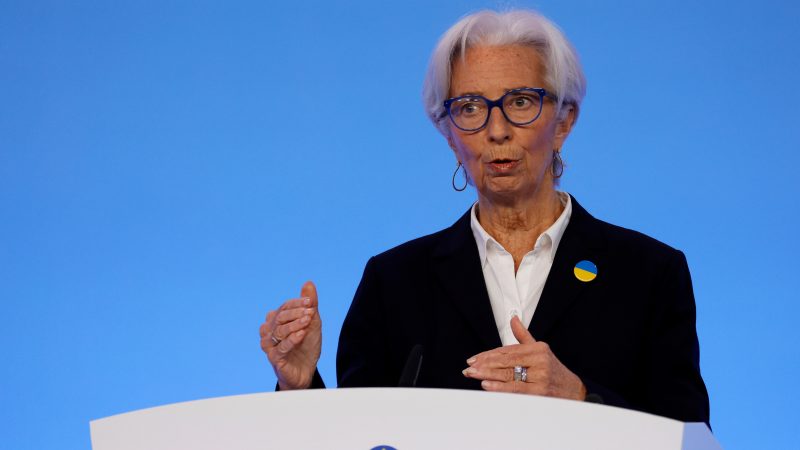 The ECB has been taking cautious steps for months to unwind support but has so far avoided a hard schedule. Thursday’s decision was in a similar vein, confirming the direction of travel with few specifics beyond the coming months.

The ECB said it plans to cut bond buys under its Asset Purchase Programme (APP) to €30 billion in May and €20 billion in June from the current €40 billion pace, with buys, then ending at some point in the third quarter.

“Incoming data since its last meeting reinforce its expectation that net asset purchases under the APP should be concluded in the third quarter,” the ECB said in a statement.

The ECB added that any change in interest rates would happen “some time” after bond purchases end, a stipulation that could mean weeks or months.

The ECB maintained that the size and duration of bond purchases could still change, however, and said it reserved the right to change any of its policy instruments.

“The Governing Council stands ready to adjust all of its instruments within its mandate, incorporating flexibility if warranted, to ensure that inflation stabilises at its 2% target over the medium term,” the ECB said.

The decision to keep unwinding stimulus comes as inflation hit a record high of 7.5% last month, well above the ECB’s 2% target. Even longer-term expectations have now moved decisively above that target, raising the risk that high price growth could get stuck.

Regarding the economic development in the short term, ECB president Christine Lagarde was rather downbeat.

“It is estimated that growth remained weak during the first quarter of 2022, largely owing to pandemic-related restrictions. Several factors point to slow growth also in the period ahead,” she said,” she told a press conference, arguing that the war in Ukraine weighed on business confidence.

“The war has created new bottlenecks, while a new set of pandemic measures in Asia is contributing to supply chain difficulties,” she said.

The rising energy costs and the continued supply chain difficulties are the most important contributors to the increase in prices.