The ECB said on Thursday (21 January) that it would not use its €1,850 trillion pandemic bond-buying programme in full if governments and companies can be financed in favourable conditions, signalling a possible tightening of its monetary stimulus in the future.

The ECB’s pandemic emergency purchase programme (PEPP) is seen as the key instrument for keeping financial markets calm and financing conditions for national governments under control amid the pandemic and the economic downturn.

The ECB’s governing council decided on Thursday to keep its main interest rates and monetary instruments unchanged, including PEPP.

The central bank said that its pandemic programme will remain in place as long as Europe struggles with COVID-19 or at least until the end of March 2022.

But ECB President, Christine Lagarde, told reporters after the meeting in her opening remarks, that “if favourable financing conditions can be maintained with asset purchase flows that do not exhaust the envelope over the net purchase horizon of the PEPP, the envelope need not be used in full.”

“Equally, the envelope can be recalibrated if required to maintain favourable financing conditions to help counter the negative pandemic shock to the path of inflation,” said Lagarde.

As a result, she explained that this “flexibility” for the ECB’s pandemic instrument would not only be to limit its final volume, but also to increase its amount if needed to ensure that the European economy remains well financed. 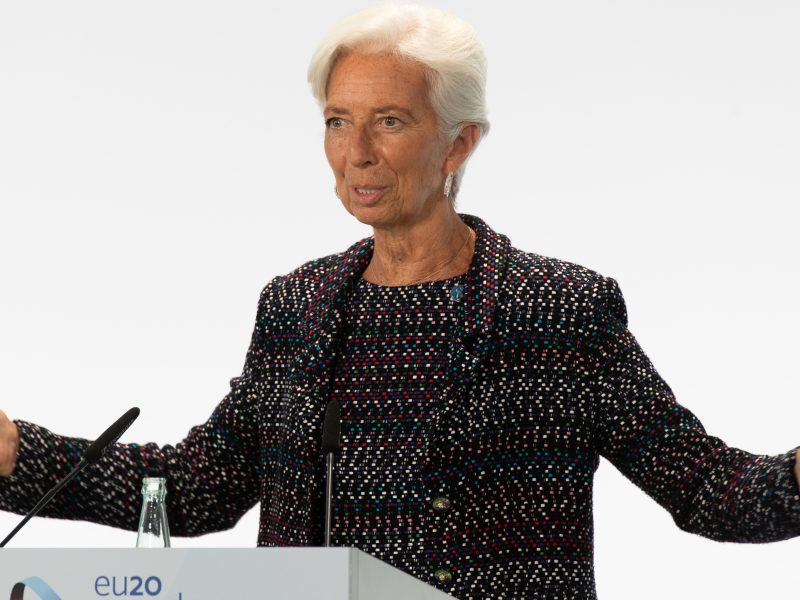 The European Central Bank increased on Thursday its monetary stimulus by €500 billion against the fallout of the pandemic measures as the risk of a double-dip recession in the euro  area lingers and the uncertainty surrounding the recovery remains.

Lagarde recalled that the ECB already increased PEPP by €500 billion in December and expanded its duration, and added as a variable to determine its existence to ensure “favourable financing conditions”.

Asked by reporters repeatedly to clarify this, she explained that the central bank will adopt an holistic and multi-faceted approach, taking into account what banks, companies, households and countries pay for their financing.

If the ECB withdraws its stimulus too soon, economists fear that the yields for eurozone countries could increase to dangerous levels, just as the pandemic is forcing them to issue huge volumes of debt to counter the virus and its consequences.

In addition to the monetary support, Lagarde said that “an ambitious and coordinated fiscal stance remains critical, in view of the sharp contraction in the euro area economy.”

Member states should maintain their fiscal stimulus in light of the worsening of the pandemic and the new containment measures.

Lagarde also urged capitals to conclude the ratification of the EU’s new budgetary ceiling, so the European Commission can borrow the €800 billion for the recovery fund from the markets.

Lagarde stressed that these funds should be used for “productive public spending” and “productivity-enhancing structural policies”, which are “particularly important in addressing long-standing structural and institutional weaknesses and in accelerating the green and digital transitions.”

The Commission has told national governments that the reforms that they are submitting to unlock the recovery funds have to be more precise and ambitious. The EU executive is expected to present new guidelines with clarifications in the next few days.