The ECB decided on Thursday (26 October) to start reducing the monetary stimulus amid the improved economic situation in the eurozone, but decided to extend the asset purchase programme until September 2018.

From January 2018 till that date, the institution will reduce its purchases of government and corporate bonds to €30 billion per month, down from €60 billion at present.

The decision, announced by ECB president Mario Draghi, was in line with analysts’ expectations. 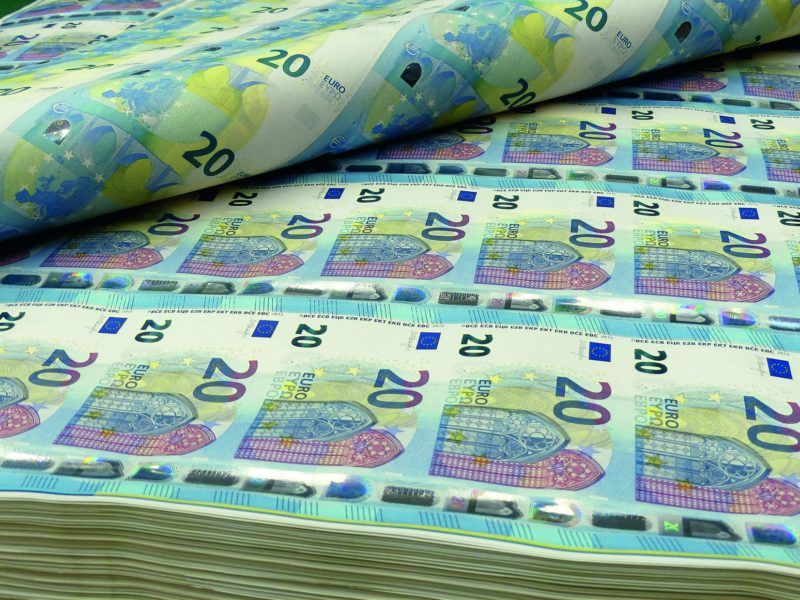 But Draghi warned that the Frankfort-based institution stands ready to increase its so-called “quantitative easing” bond purchases again if the economy should stumble.

“If the outlook becomes less favourable, or if financial conditions become inconsistent with further progress towards a sustained adjustment in the path of inflation, we stand ready to increase the APP in terms of size and/or duration,” he told reporters.

Meanwhile, interest rates remain at historic lows as another incentive for loan growth, with the central bank sticking to its negative deposit rate. This means that the ECB charges banks to park their cash with it.

“Therefore an ample degree of monetary stimulus remains necessary for underlying inflation pressures to build up,” he told reporters after the governing council meeting.

“Today’s decision is a sea-change but a very gentle one, not a big-bang U-turn,” ING Diba bank economist Carsten Brzeski commented.

“The ECB wants to start the exit as cautiously as possible,” he added

The euro fell by 0.5% to around $1.1755 in the immediate aftermath of the ECB announcement.

The ECB’s partial retreat from its massive interventions in the 19-nation single currency area comes despite the policy’s failure so far to achieve inflation in line with its target of just below 2.0%.

Eurozone inflation was stable at 1.5% in September.

Draghi vowed not to raise interest rates until “well after” the end of bond-buying.

The ECB began buying massive amounts of bonds in 2015 to fight the threat of deflation.

Since then, the state of the eurozone economy has improved, even after a first reduction in purchases last April, from €80 to €60 billion euros per month.

In the first half of this year, eurozone economic growth powered to 2.4% in annualised terms, outdoing even optimistic forecasts, while unemployment has fallen to an eight-year low of 9.1 percent.

“Monetary policy measures introduced by the ECB since June 2014 have played a pivotal role in supporting the economy,” the bank’s chief economist Peter Praet said earlier this month.

The bond-buying programme was controversial inside and outside the governing council. Some members warned that the easy money softened the market discipline that usually restrains households, businesses and states from borrowing too much, creating the risks of new bubbles.

By lowering the amount it spends on bonds each month, but extending the duration, the bank can keep supporting the economy, even as it acknowledges healthier growth and makes a concession to fears it has gone too far.

The ECB will have bought some €2.5 trillion of bonds come September.