The ECB has taken unprecedented action to cushion the economic blow from the pandemic, which has left the eurozone facing its worst downturn since World War II.

But ECB chief Christine Lagarde hinted last week that the governing council would take a breather to gauge the effectiveness of its measures so far.

“We have done so much that we have quite a bit of time to assess (the latest data) carefully,” she told the Financial Times.

The ECB meeting comes on the eve of a crunch July 17-18 European Union summit in Brussels where leaders will wrangle over a proposed €750 billion recovery fund to kickstart the bloc’s battered economy.

Lagarde, who has repeatedly urged governments to underpin central bank efforts with fiscal policy, has called the plan a potential “game changer”.

The fund would be financed through joint EU borrowing and consist mainly of grants for the hardest hit member states.

But the proposal is fiercely opposed by Denmark, Sweden, the Netherlands and Austria who want to rein in the spending and insist on loans rather than grants, making agreement this week uncertain.

Crucially, the fund has the backing of German Chancellor Angela Merkel whose own government has ditched its no-new-debt dogma to unleash €130 billion in fiscal stimulus for Europe’s top economy.

“We’ll be heading to Brussels with some stock of openness to compromise on the German side,” Merkel said Tuesday.

With the focus on governments, “don’t interrupt your vacation for the next ECB meeting,” ING bank analyst Carsten Brzeski told AFP.

“It’s all about fiscal policy and the summit on the European recovery fund.” 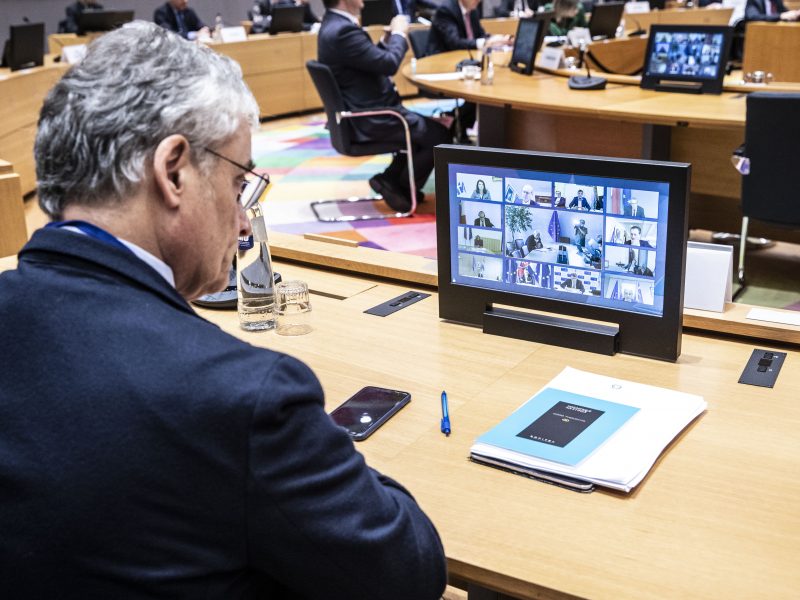 Recovery money is not a gift, says Italy's EU ambassador

At last month’s governing council meeting, the ECB expanded its pandemic emergency bond-buying scheme known as PEPP by €600 billion  to €1.35 trillion, and extended it until June 2021.

The goal of the government and corporate debt purchases is to keep credit flowing and encourage spending and investment in the 19-nation eurozone.

It comes on top of the bank’s already ultra-loose monetary policy of historically low interest rates, cheap loans for banks and a pre-pandemic bond-buying scheme to the tune of €20 billion monthly – all designed to bolster economic growth and push up stubbornly low inflation.

The ECB said in June it expected the eurozone economy to shrink by a record 8.7% in 2020 because of the pandemic, before returning to growth in 2021.

Incoming data suggest a rebound is already under way as countries emerge from lockdown and consumption ramps up, but the speed and strength of the recovery remains uncertain.

Lagarde told the FT that the virus-fighting measures taken by the ECB so far have “demonstrated their efficiency, their effectiveness”.

Capital Economics economist Jack Allen-Reynolds said he expected Lagarde “to emphasise that the bank will do more if needed” amid growing fears of a possible second coronavirus wave.

The ECB’s next economic growth and inflation forecasts are due in September and policymakers will probably wait until then before deciding on further action, observers say.

ECB board member Isabel Schnabel appears to have started managing expectations for later in the year by suggesting that the bank may not use up its full PEPP envelope, and Lagarde can expect to be grilled on the remark on Thursday.

She may also be quizzed on her reaction to the resolution of a long-simmering row in Germany about the ECB’s sovereign bond purchases, which spiralled after the country’s highest court questioned the legality of the stimulus scheme in May.

German lawmakers ended the spat by adopting a resolution earlier this month saying they were satisfied the ECB had demonstrated the scheme’s “proportionality”.