European Central Bank chief Christine Lagarde has responded to a recent German court ruling that challenged the bank’s authority by saying the ECB is an independent institution, accountable to the European Parliament, that will continue to do whatever it takes to deliver its mandate.

It has been a long week for the ECB president, after Germany’s Constitutional Court questioned the EU judges’ 2018 decision where the European Court of Justice ruled that the ECB had acted within its competences with the comprehensive Public Sector Purchase Programme.

At a Bloomberg webinar on Thursday (7 May), Lagarde declined to give a specific view on the ruling but said the ECB is “undeterred” in its mission of helping the recovering of the euro-area economy.

“We are an independent institution, accountable to the European Parliament, driven by a mandate”, said Lagarde, adding they will continue to do whatever is necessary to deliver on the mandate.

The fears of the President of the ECB

Talking in the webinar “Reopening the economy while protecting public health”, Lagarde confessed that at this moment there are two big ‘Ws’ that she is afraid of: War and a second wave of the pandemic.

The first because, on top of the pandemic, it would be the most aggravating factor. On the second point, Lagarde made an analogy between the COVID-19 virus and the 1918 Spanish flu. Back then, the second wave was worse than the first.

“If I look to the economic consequences of all that, clearly even without the two Ws, I think we have the most unpreceded economic crisis that we have seen in peacetime, and the damage that is inflicting in our economies around the world is really causing damage to families, to jobs, to the capacity to bounce back, and we simply have no real good sense of how badly economies are affected,” she said.

Everybody needs to buckle up

In the same webinar, Kristalina Georgieva, managing director of the International Monetary Fund (IMF), said that, at the moment, the world is in a situation where the message has to be for everybody to “buckle up”.

“We are on a road less travelled and the best we can do in a situation like this is to learn together, cooperate as much as possible, and those who are stronger do more, so those that are weaker can ride on measures taken elsewhere,” she underlined.

Georgieva said that she is worried about the “horrible choices” policy-makers will have to do between fighting the pandemic and fighting poverty. However, she pointed out that right now, there is an opportunity to build a better world and prepare for the future. 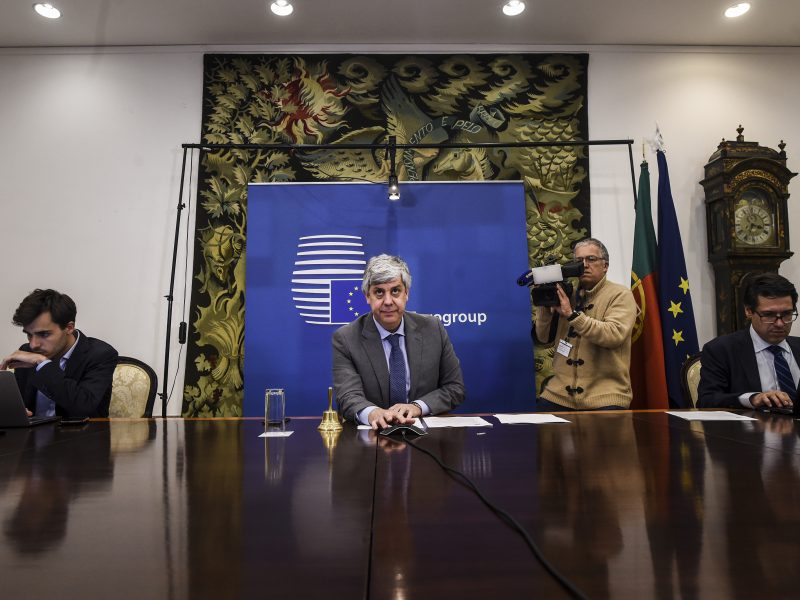 The Eurogroup will discuss on Friday (8 May) the German Constitutional Court’s controversial ruling on the European Central Bank’s critical bond-buying programme but will not take a position, according to EU sources.

One response to “ECB will continue doing whatever is necessary to deliver on mandate, Lagarde says”