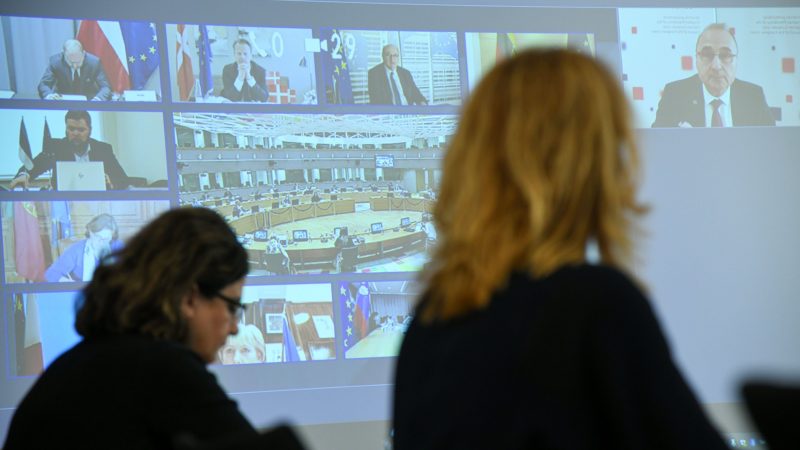 A statement following the discussion held by videolink did not identify potential threats but participants later made it clear China was the main source of concern.

“With some companies having lost dozens of percentage points off their value, it is important that we can ensure there is no predatory takeover which would not be desirable,” France’s junior French foreign minister Jean-Baptiste Lemoyne told AFP.

The ministers welcomed recommendations issued three weeks ago by the European Commission calling on the EU to protect itself against the risk of foreign investment in strategic sectors made vulnerable by the economic crisis caused by the coronavirus pandemic.

Her Commission proposed bringing forward an EU regulation, initially set to come into force in October, which addresses the concerns about foreign groups, notably Chinese ones, eyeing European firms.

Lemoyne said the ministers agreed to work together “if threats appeared”.

The Netherlands’ trade minister, Sigrid Kaag, confirmed there was “convergence and consensus” around the idea that “Europe is not for sale”.

But she added that “we need to be mindful of the balance when it comes to any possible limitations to prevent predatory purchasing through foreign direct investment”.

While heading off threats in strategic areas, the EU should also “not fall back into protectionism or national measures,” she said.

The perceived danger of strategic companies losing control to China was also evoked on Wednesday by NATO defence ministers during a videoconference.

NATO chief Jen Stoltenberg said many in that meeting stressed the importance of guarding critical industries, pointing to telecoms as one example.