EU foreign affairs chief Federica Mogherini has called an extraordinary meeting at EU ambassadorial level over the current tensions over North Korea, to be held on Monday (14 August).

Mogherini on Friday called an extraordinary meeting of the Political and Security Committee, which normally meets two times a week at ambassador level, but usually goes on leave in August.

Decided to convene an extraordinary meeting of the #EU Political and Security Committee on #DPRK on 14th August https://t.co/0jxzz5zyzG

The European Union announced Thursday that it was expanding its North Korean sanctions blacklist.

The previous day US President Donald Trump warned North Korea it should be “very, very nervous” of the consequences if it even thinks of attacking US soil, after nuclear-armed Pyongyang said it was readying missile launch plans on the Pacific territory of Guam.

Trump not toning it down. "If anything happens to Guam there's going to be big, big trouble in North Korea." pic.twitter.com/uJXbMyeOw0

The Republican billionaire dismissed any criticism of his “fire and fury” warning, saying it possibly “wasn’t tough enough”, given threats made by the regime of Kim Jong-Un to both Washington and its allies. 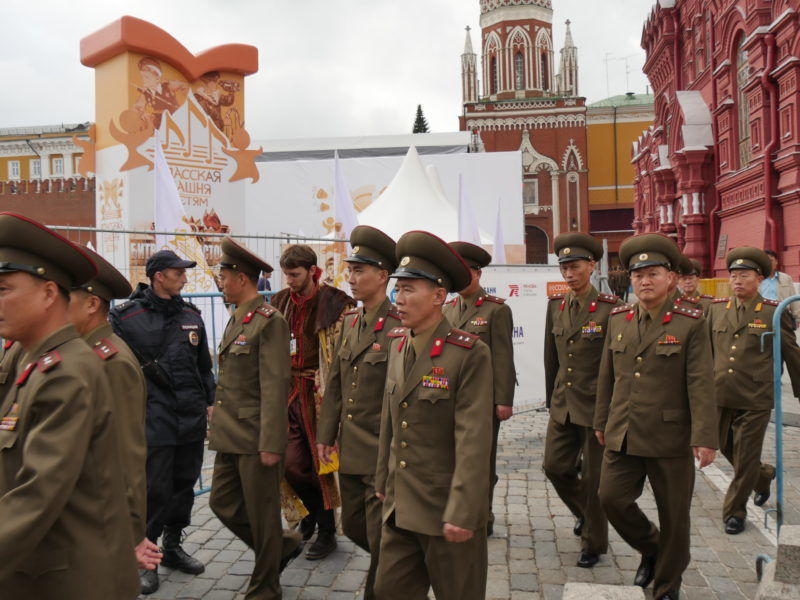 President Donald Trump on Thursday (10 August) warned North Korea it should be “very, very nervous” about the consequences if it even thinks of attacking US soil after nuclear-armed Pyongyang said it was readying missile launch plans on the Pacific territory of Guam.

In an editorial, the official China Daily said it was critical the Trump administration doesn’t make a rash decision it will regret.

“Given Trump’s transactional approach to foreign affairs, it is impossible to look at the matter without taking into account his increasing disappointment at what he deems as China’s failure to bring into line the Democratic People’s Republic of Korea,” the English-language paper said.

“But instead of advancing the United States’ interests, politicising trade will only acerbate the country’s economic woes, and poison the overall China-US relationship.”

Trump will later today issue the order to determine whether to investigate Chinese trade practices that force US firms operating in China to turn over intellectual property, senior administration officials said on Saturday.

An administration official has insisted diplomacy over North Korea and the potential trade probe were “totally unrelated”, saying the trade action was not a pressure tactic.

The China Daily said it was unfair for Trump to put the burden on China for dissuading Pyongyang from its actions.

“By trying to incriminate Beijing as an accomplice in the DPRK’s nuclear adventure and blame it for a failure that is essentially a failure of all stakeholders, Trump risks making the serious mistake of splitting up the international coalition that is the means to resolve the issue peacefully,” it said.

“Hopefully Trump will find another path. Things will become even more difficult if Beijing and Washington are pitted against each other.”