Leaders of the EU and Japan agreed on Tuesday (26 May) to avoid “unnecessary travel and export restrictions” to counter the COVID-19 pandemic, and to work together to defend multilateralism.

The EU’s relations with Japan have strengthened in recent years, in the face of a confrontational White House led by Donald Trump and the growing rivalry with China.

Tokyo has become the EU’s closest ally in the defence of multilateralism and level-playing field trade relations and the two countries signed an Economic Partnership Agreement, in force since 1 February 2019. 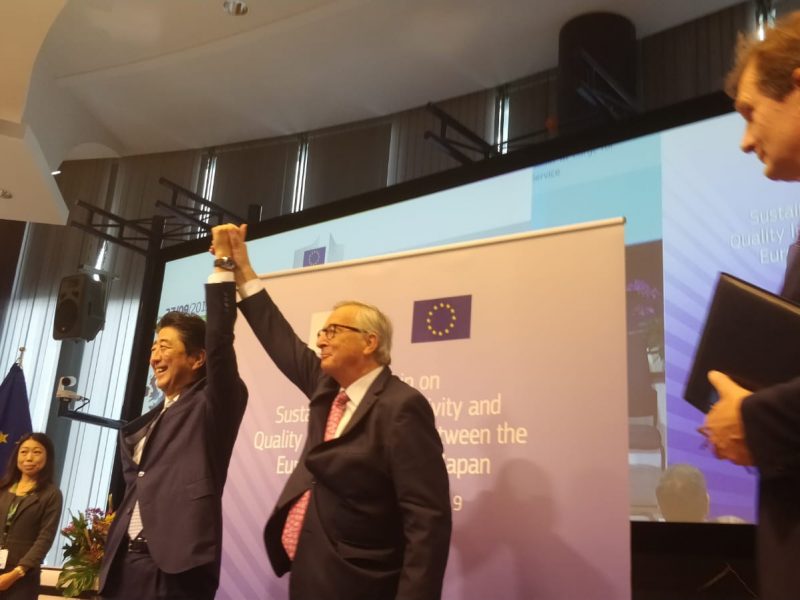 “Global solidarity, cooperation and multilateralism are needed more than ever to defeat the coronavirus and ensure economic recovery,” European Commission President Ursula von der Leyen, who also participated in the meeting, wrote on Twitter.

The two partners agreed that any measure adopted to contain the pandemic must be “targeted, proportionate, transparent, temporary, and consistent with World Trade Organisation rules so that they do not create unnecessary barriers to trade or disruption to global supply chains.”

Their statement insisted on refraining from imposing “unnecessary travel and export restrictions.”

The EU and Japan will join forces to defend this position during the G7 meeting that the US will organise this summer.

President Trump has said he was considering to host leaders in Camp David in June, in what would be the first physical summit held since the coronavirus crisis spread worldwide.

Michel said that the G7 should develop a common strategy for the recovery from the recession.

In addition, the most industrialised economies should send “a very strong signal” about factoring in the impact of climate change in global trade, he said.

The EU and Japan also agreed that the future COVID-19 vaccine must become “a global common good.”

In this regard, Michel said the G7 should adopt a common approach in regards to the access to the vaccine and avoid “negative” competition during the developing and testing phase.