EIB President Werner Hoyer was impressed by how his bank was able to ride out the uncertainty caused by the Brexit process. [Photo: EC]

Economic uncertainty caused by the United Kingdom’s imminent departure from the EU did not prevent the European Investment Bank (EIB) from having a record-breaking year in 2019, according to the bank’s president.

At the EIB’s annual press conference on Thursday (30 January), Werner Hoyer said that the economic uncertainty caused by the Brexit process “lasted until at least April”, but was upbeat about the bank’s 2019 performance, saying the lender dealt with Brexit-related challenges “surprisingly well”.

The UK, which will leave at midnight Brussels time tonight, was granted a number of extensions to its leaving date last year, as Theresa May’s government failed to secure enough support to get its withdrawal agreement through parliament.

But the bank was able to rally regardless and project investment leapt 13% compared with 2018, hitting €72 billion and setting an outright record for the triple-A rated lender’s highest number of financing operations: 1,095.

The EIB is owned by the EU member states and the UK’s decision to leave has raised doubts over what would happen to its 16% stake in the bank, which is the joint highest share along with Italy, France and Germany. 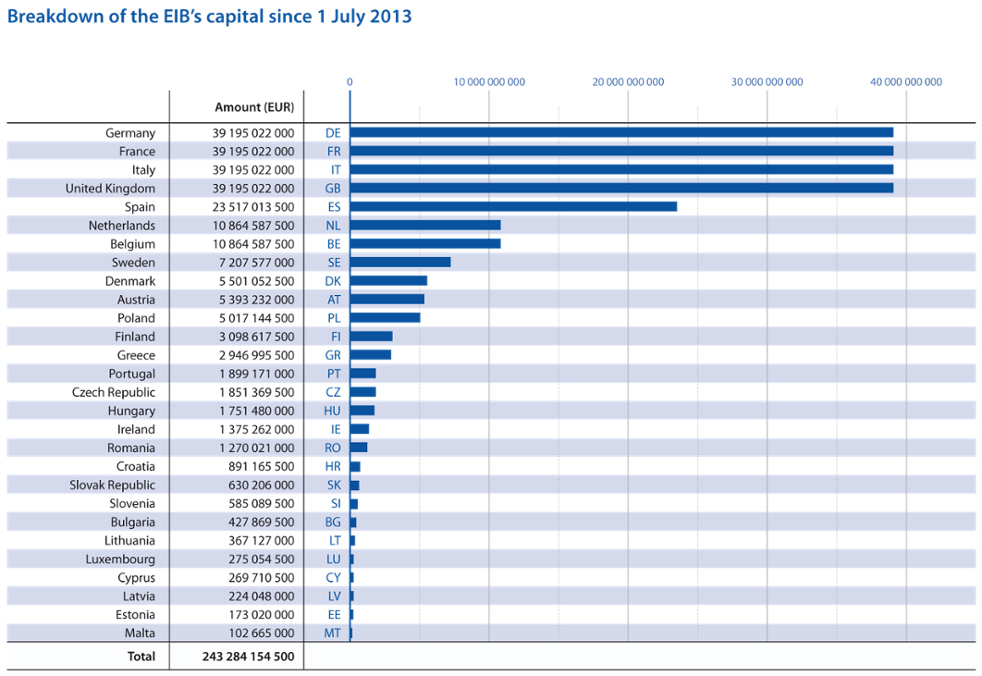 But Hoyer said he was “extremely happy and grateful that the member states decided to fully replace proportionately the British capital,” adding that the bank’s maximum level of lending would have dropped by €100 billion without the agreement.

“That would have been a disaster,” the EIB’s long-serving president warned.

He added that although the bank would not demand even more capital from its country shareholders, it would be welcome if the member states “saw even more value” in a bank that is bound to implement whatever policy they decide on.

Hoyer also paid tribute to the EIB’s British employees, many of whom “will be watching this press conference online with interest”. The bank chief said that “we have people working for the bank from, still, 28 member states, who left their passports at the door.”

In terms of the UK’s paid-in capital, it will be returned to the British government’s coffers in twelve annual instalments.

The EIB’s metamorphosis into the EU’s climate bank is a crucial part of the new European Commission’s green line of policymaking and it has pledged to allocate at least 50% of its financing to climate action by 2025.

Last year proved to be a solid stepping stone towards that benchmark, as 31% of the bank’s activities had a green tilt. Hoyer pointed out that the bank’s target for the end of the decade was just 25%.

Asked what he thinks the figure should be in 12 months’ time, the president replied that “we do not want to go backwards in 2020, so 31% is the minimum. I’m convinced that we’ll be far above that and that we’ll meet 50%.”

The Luxembourg-based lender is counting on its recently updated energy policy to push it towards the 50% goal, given that it largely precludes fossil fuels from financing from the end of this year.

Loopholes exist though for certain infrastructure and any fossil fuel projects already on the bank’s books will remain eligible for cash injections.

But the EIB’s transport policy has not been reviewed yet and environmental groups insist that it runs against the bank’s pledge to make all of its activities compliant with the Paris Agreement.

A joint-letter signed by NGOs Greenpeace, WWF and others said the transport review would be a “litmus test” for the bank’s Paris commitment and criticised the current policy for being “largely outdated – as it enables the financing of polluting transport infrastructure such as airports and motorways”.

Last week, for example, the EIB announced €180 million in support for Greece’s plans to build a new airport on the island of Crete. Hoyer acknowledged that new transport criteria will be needed though.

“We are entering a fundamental, broad debate on this and we need consistency between our policies,” he said, adding that any update would need a lengthy consultation process. The president reiterated that the energy review took more than one year.

EU sources have told EURACTIV that the EIB is likely to wait until the Commission has indicated what direction it is going in with transport policy. An overarching strategy for the sector is due in the second half of 2020.