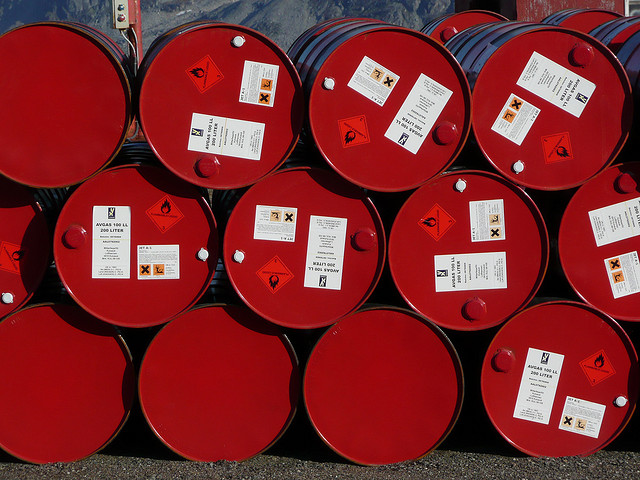 The EU wants the US to export crude oil as part of the TTIP deal. [Ezioman/Flickr]

The European Union, as it seeks to reduce its dependency on Russian energy in the wake of the Ukraine crisis, will demand in talks over the Transatlantic Trade and Investment Partnership (TTIP) that the US ends its ban on crude oil exports.

The US, which has overtaken Saudi Arabia as the world’s largest oil and gas producer, stopped crude exports in 1975 to ensure reserves in the case of an Arab oil embargo. Members of the Organisation of Arab Petroleum Exporting Countries initiated an embargo, pushing up prices in the US in 1973.

The US began producing large amounts of oil and gas in the mid-2000s with the fracking boom delivering further, significant supplies.

“The current crisis in Ukraine confirms the delicate situation faced by the EU with regard to energy dependence,” said the document, dated 27 May.

The leak comes before the next round of discussions this month over the controversial and wide ranging free trade agreement.  If successful, the deal will cover more than 40% of global GDP and account for large shares of world trade and foreign direct investment.

The Ukraine crisis, with the annexation of Crimea, Western sanctions against Russia and Cold War style sabre rattling, highlighted the risks of the EU’s energy dependency on Russia.

42% of its imported oil comes from the former Soviet Union. A third of the EU’s gas imports are from Russia, with almost half of that passing through Ukraine.

The EU’s most influential nation Germany gets half of its oil from former Soviet nations and is phasing out nuclear power by 2022.

Russia has used Ukraine’s dependency on Russian gas as a political weapon during the crisis. In June, gas export monopoly Gazprom cut off supplies to Ukraine in June, ostensibly in an argument over unpaid bills.

The Washington Post reported that environmental groups were angry that the EU will ask the US to make a “legally binding commitment” to export the oil and gas.

Mid-July: Sixth round of TTIP talks
End of 2014: Completion deadline for TTIP talks