The World Trade Organisation arbitrators are expected to determine in the next weeks the rights of the Europeans and the US to impose compensatory tariffs on each other’s products.

This will represent the final chapter in the 15-year-old dispute between the two sides over the illegal subsidies they gave to their planemakers.

In April, US President Donald Trump said he was ready to hit European exporters with $11 billion in fresh duties in response to the public money given to Airbus. 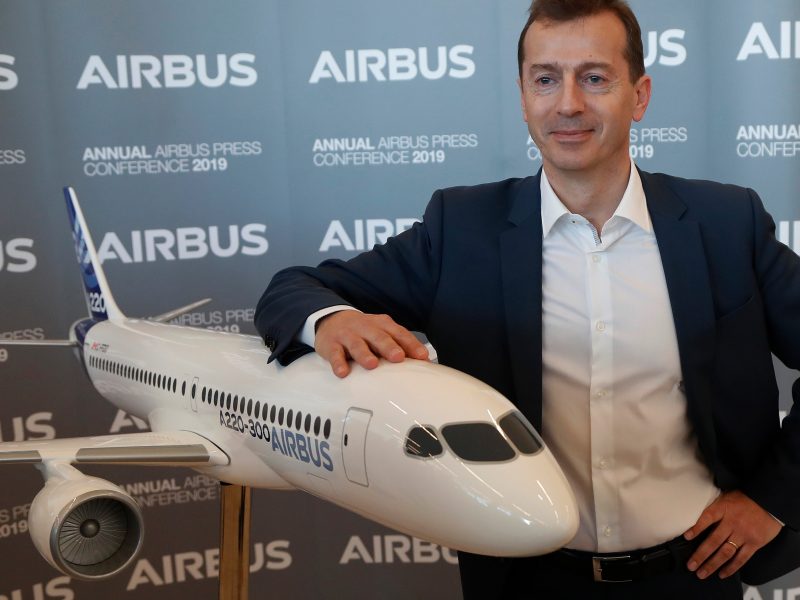 European planemaker Airbus wants to stay in the UK whatever the outcome of Brexit, as the country is “a very important pillar” for the company, new CEO Guillaume Faury said on Tuesday (21 May), amending negative comments made by his predecessor.

The Europeans, however, have been pushing for a negotiated solution with the Trump administration to avoid the mutual imposition of penalties,  particularly as Brussels’ sanction rights are yet to be determined.

An EU official said the two sides should find a settlement and focus on common challenges, including how to reform the World Trade Organisation or address China’s unfair trade practices.

However, the European Commission, which is handling the talks, is not optimistic about a positive outcome, the official added.

Although the US has been open to talk, the official said the Trump administration will “likely” introduce the tariffs as soon as the WTO arbitrators determine the volume of US rights to punish the Europeans. A decision is not expected before July.

And the trade talks?

A large majority of member states also want to reach an agreement with Washington to avoid the reciprocal imposition of tariffs.

The worsening of the EU-US trade tensions will come just as the EU countries mandated the Commission to start negotiations with the US to eliminate industrial tariffs, given that both sides wanted to find some new common ground.

But some countries including France considered it “unacceptable” to start the trade talks with the US just after Trump imposes fresh duties on EU products.

Paris had already opposed opening trade talks with the US in the current context and given Washington’s withdrawal from the Paris Agreement on climate.

The Europeans expect that the $11 billion figure mentioned by Trump will be reduced, as the arbitrator will take into account the WTO’s appellate body’s ruling that the EU has no further compliance obligations for various Airbus models in dispute (A300, A310, A320 and A330/A340 aircraft models).

As a result, EU officials expect that only the A350 and partially the A380 will be taken into account to estimate the level of the penalty.

In order to retaliate, the US prepared a list of potential EU products for sanctions which represent $19 billion of exports to the American market, including around $10 billion on agri-food products, $4,5 billion on industrial products and around $3,5 billion on aircraft and spare parts.

The parallel case brought by the EU against US subsidies for Boeing was also nearing an announcement of the sanction rights.

The WTO dispute settlement body adopted in April the final compliance report confirming the EU complaints. Following that step, the EU was ready to request a WTO-nominated arbitrator to determine the volume of duties the EU could impose on US products.

In 2012, the EU estimated that the figure could be around €12 billion.

Even if the figure is reduced, sources from the industry pointed out that the volume will be important, given that the tax reliefs granted by Washington State to Boeing was significant (around $6 billion), and other subsidies were involved.

In order to be prepared, the Commission has drafted a list of US exports to the European market of a total value of around $20 billion that could be hit by the tariffs.

In 2004, the US filed a complaint to the WTO saying the EU provided illegal subsidies to Airbus. The European Commission retorted with its own complaint about subsidies to Boeing.