Before the EU can conclude its free trade agreement with Mercosur states – Brazil, Argentina, Uruguay and Paraguay – a lot still needs to be cleared up, according to the open letter, which says environmental and human rights standards in Brazil should be at the very top of the agenda.

“Brazilian politics has become quite frightening. The EU cannot just stand there and watch,” Laura Kehoe, a biologist at Oxford University and one of the call’s initiators, told EURACTIV.

Deforestation in the Amazon forest is taking place as fast as it used to ten years ago. This is because Jair Bolsanero’s government has softened many environmental protection laws, the Brazilian currency [real] has weakened, and there is an increasing demand for products such as soya and beef.

Brazil is the biggest exporter of agricultural products to the EU. “We hardly know anything about the origins of products and what the effects of in-country manufacture are,” said Kehoe. That is why scientists are requesting that the exact origins of products are more traceable.

After China, the EU is Brazil’s second largest commercial partner. Europe therefore has a strong voice, especially because the agricultural sector in Brazil is banking on trade relations, said Tiago Reis, who is doing a PhD on agricultural supply chains at the Université Catholique de Louvain in Belgium. “Bolsonaro does listen to the agricultural industry,” he said.

At the same time, scientists are calling for the greater protection of indigenous populations. and 300 indigenous groups have also signed the letter. They have a central role in the fight for the environment as their reserves are considered to be the most effective protection against deforestation.

However, with the Brazilian ministry now in charge, the indigenous agency Funai no longer supervises reserves.

Test for a new type of free trade agreement

Negotiations about a free trade agreement with Mercosur states have been ongoing for over 20 years. It should strengthen economic ties between the continents but also improve geopolitical cooperation. By the end of 2018, there were rumours that negotiations would soon be concluded.

“I do not see how the EU can continue negotiating with Brazil. The EU Commission needs to re-think its strategy if it is serious about its sustainability objectives,” said the Vice-President of the European  Parliament, Heidi Hautala (Greens), who co-signed the letter.

Although good efforts were made in the fight against deforestation, this could quickly be undone if trade policies are not properly thought out.

“Negotiations with Mercosur are a test to see how far the EU and its sustainability objectives can be implemented into free trade agreements,” Hautala told EURACTIV. These objectives can no longer be regarded as a small ‘footnote’.

Currently, there are no sanction mechanisms as part of this new category of free trade agreements but the recent agreement with Vietnam is a step in the right direction, according to Hautala.

In that agreement, there is a chapter that ensures that complying with sustainability criteria is a condition for the export of timber. Now there should be more steps to ensure vigorous enforcement.

Together with a group of MEPs, he drafted a letter to the European Trade Commissioner Cecilia Malmström at the end of March. The letter highlighted concerns about recent developments in Brazil. It was stated that implementing the Paris climate objectives should be a condition for the ratification of new free trade agreements.

However, Bolsonaro repeatedly stated he was not excluding the possibility of abandoning the Paris Agreement.

The letter by scientists and indigenous groups clearly shows how important it is to increase pressure on the Brazilian government, according to Lange. 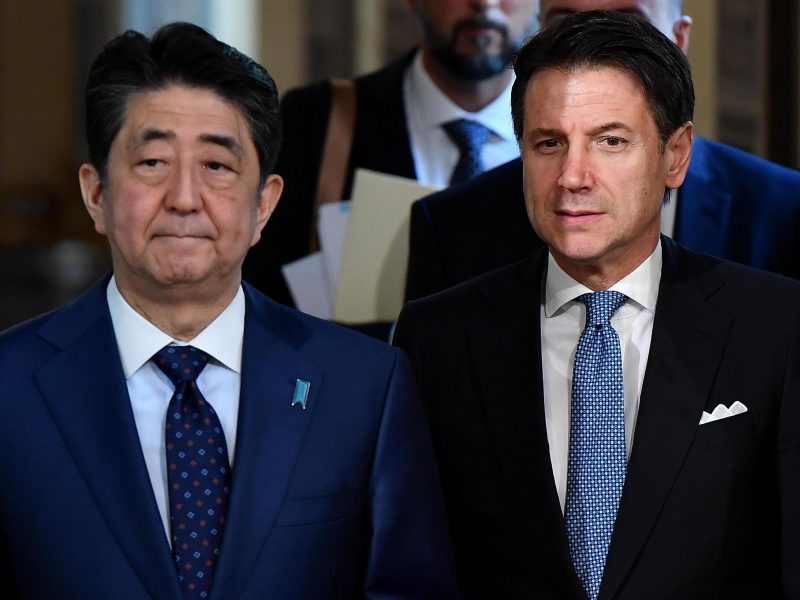 Meanwhile, the European Commission is working on an action plan, due to be presented in the following weeks, for a new strategy meant to ensure that EU trade policy will not lead to deforestation in third countries.

To that end, supply chains need to be redesigned in a more sustainable manner because 80% of worldwide deforestation can at least be indirectly retraced to the production of raw materials such as soya, beef, palm oil, coffee and cacao, according to the Commission.

The development of sustainable supply chains is crucial, not least because the agricultural sector is an important motor of Brazil’s economy as it accounts for 20% of its GDP.

The country will benefit if production is made environmentally-friendly, according to Bernardo Strassburg, founder of the International Institute for Sustainability in Rio de Janeiro. But now, agricultural expansion is currently causing an increase in deforestation and conflicts related to land distribution are intensifying.

A spokesperson for the EU Commission told EURACTIV that the Commission is strongly involved. In the last round of negotiations that took place in Buenos Aires in mid-March, progress was made but a lot remains to be done.

2 responses to “EU-Brazil trade should be more sustainable, 600 scientists say”