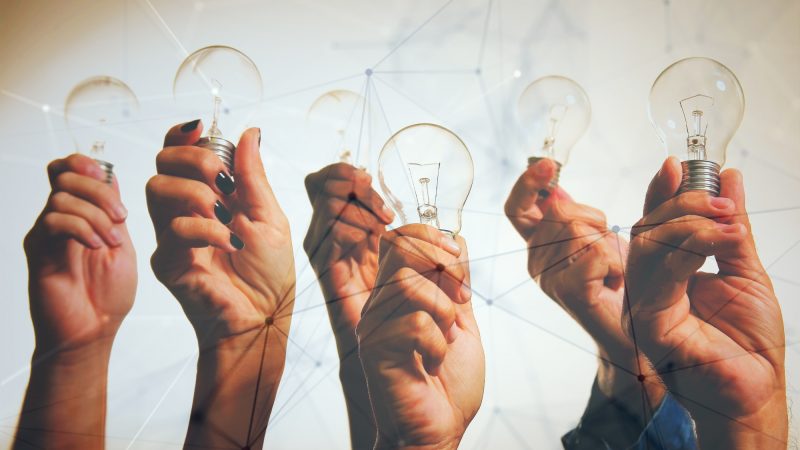 “It’s even more important now that we need scientific knowledge and understanding of society,” Anna Panagopoulou, acting director of outreach at the European Commission’s department for research and innovation told a recent EURACTIV event.

“The task of opening research to society, though, requires other stakeholders, universities, research and innovation institutions, and territorial actors to become protagonists leading this transformation,” she added.

After months of haggling, the European Parliament and the Council agreed to increase the budget of the EU’s main research funding source, Horizon Europe, from €65.5 billion in the previous seven year budget to €84.9 billion, a 29.6% bump.

Panagopoulou added that the Commission is working on a “new vision for the universities in the future,” where these institutions become more interconnected, innovative, and facilitate more cooperation with partners and society and their innovation ecosystems.

The civil servant said that the EU executive will propose “a pact of values” at the end of the year on how research and innovation should be conducted and co-created with EU countries and relevant stakeholders.

Getting experts from different fields to work on the same issue together is science’s biggest challenge, according to Despina Spanou, head of cabinet of Commission Vice President Margaritis Schinas, whose responsibilities include making education more accessible and inclusive, as well as encouraging lifelong learning.

Such a multidisciplinary approach “is where universities can make a very big difference because they are hubs of different fields, they bring together scientists from every field,” Spanou said.

“When the pandemic emerged, all the scientific advice mechanisms that were available at the EU level failed to support initial thinking and strategic actions … so we need to reflect on that,” Renda said.

“We need foresight based policymaking. And we need interdisciplinary thinking to back our vision of society for the medium to long term, which has to be incorporated in the way in which we design and implement public policies from now on,” he added.

According to Renda, academics who are open to interdisciplinarity are also more able to speak different languages at different levels.

“I wouldn’t shy away from this, I think, if an academic stays in the ivory tower pretending that only the people at their level of sophistication, in their domain, can understand and should understand what they do, I think these people are more dinosaurs that belong to the past than researchers who want to play their role in society,” he said.

University staff need to be trained to be better communicators, according to Michael Murphy, president of the European University Association (EUA).

“We certainly need to upskill our staff in the use of social media in a way that younger generation now expects messaging to appear to them,” he said.

The EUA recently published its “Universities Without Walls” concept aimed at making higher educational institutions more diverse and more encouraging of lifelong learning, while promoting mobility and engaging the public in the governance of universities and regional innovation.

Murphy also said that studies had shown higher education had an important role to play in increasing scientific literacy and reducing gullibility in society.

“We in the university sector are really focused at the moment on the steps that we can take to increase scientific literacy [and] enhance the value system of the population, which includes politicians, and everybody else,” he said.

However, experts believe that consumers of information should also be trained in scientific literacy.

“One of the problems we had was that some information that was mentioned as scientific information based had become viral at the beginning [of the pandemic] and misled a lot of people, maybe even politicians or scientists,” European lawmaker Eva Kaili, the chair of the  European Parliament’s Panel for the Future of Science and Technology (STOA) said.

In the MEP’s view, fake news should be flagged and social media users provided with links to alternative information sources.

“Beyond content moderation work, digital citizenship and media literacy are a huge part of the fight against misinformation and also disinformation. We need to equip people with the skills they need to participate constructively in online conversations,” Facebook’s head of EU affairs Aura Salla said.

According to Salla, the social media giant can work together with experts and universities to go one step further by running policy sandboxes and policy prototyping programmes and sharing some of their datasets to advance social issues.