File photo. Portuguese Minister of Foreign Affairs, Augusto Santos Silva, during a press conference after a meeting with his Luxembourgian counterpart, Jean Asselborn, at the Ministry of Foreign Affairs in Lisbon, Portugal, 20 October 2020. [Manuel de Almeida/EPA/EFE]

Augusto Santos Silva said Portugal, which took over the EU’s rotating presidency on 1 January, needed to make progress on the deal because failure would damage the reputation of the bloc.

“Portugal thinks that trade and trade agreements are, right now, the best way to improve the relationship between Europe and Latin America,” Santos Silva told reporters.

“Our credibility is at stake. It is a responsibility of Portugal to try to conclude this process and we assume this obligation,” he said in regards to the Mercosur deal, which was agreed in 2019, after two decades of talks, but has still not been finalised.

In a breakthrough against protectionism around the world, the EU agreed in June 2019 to create a free-trade area of 700 million people with Mercosur, comprising Argentina, Brazil, Paraguay, Venezuela and Uruguay.

But France and the European Parliament have since led the opposition to finalising the details of the treaty, saying Mercosur must do more to meet its climate commitments under the Paris Agreement and that Brazil is failing to combat deforestation in the Amazon.

The Brazilian government rejects criticism that it is not doing enough to stop deforestation in the Amazon, protect the environment and prevent climate change. 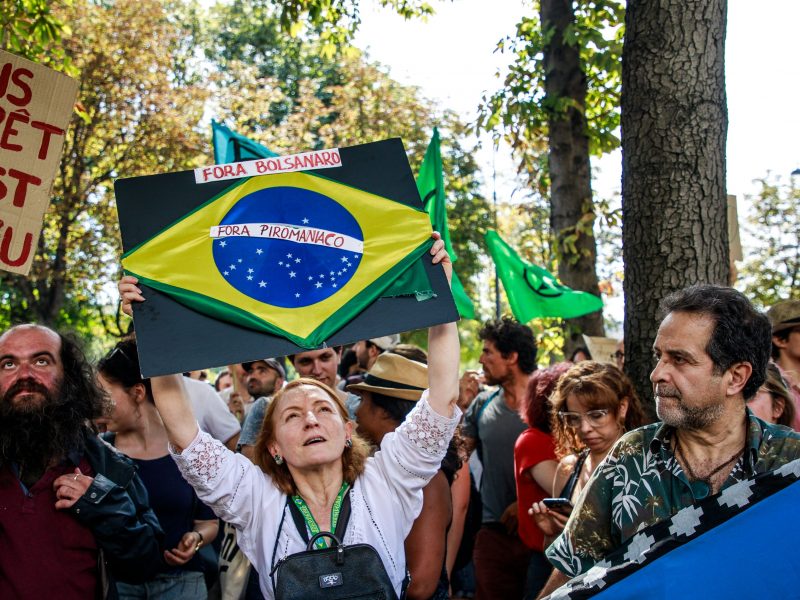 The impasse reflects the complexity of the EU’s trade deals, which seek to go beyond market access and trade tariffs to encompass European environmental and foreign policy goals.

But Santos Silva also said that France and Ireland should not use the environment to deflect concerns about the scale of future meat imports into the EU, saying that European countries would benefit by being able to export more to Latin America.

The election of President Alberto Fernandez in Argentina in August 2019 has also raised doubts about the commitment of Mercosur itself, the world’s fourth-largest trade bloc, to the EU deal, as Fernandez has suggested he wants to renegotiate parts of the agreement.

However, Santos Silva said trade negotiations would not be reopened and added that he has spoken with his “Mercosur colleagues” and they have conveyed their intention to clarify the fundamental issues while maintaining that the agreement “is a step forward” in this matter.

“We cannot use environmental issues as a screen behind which to hide, for example, if we have problems regarding Mercosur imports to Europe,” Santos Silva stressed.

“As long as the environment is not a real reason, but a pretext (…), we cannot accept it. When environmental or deforestation issues are real, we must address them and we can solve them,” he added.

Beyond the Mercosur deal, Santos Silva said “we are about to conclude” the agreement with Mexico and that “we are in a very interesting phase in relation to the modernisation of our agreement with Chile.”

The Portuguese diplomat also called for “political and geopolitical results with India”, a priority partner for his country with whom he wants to speed up negotiations on the trade agreement that the EU started in 2007 but which have been paralysed since 2013.

“Portugal can help (…) thanks to the close relationship that exists with India since the 15th century,” the minister said.

A potential EU-India summit in Porto during the presidency is meant to “diversify relationships and strengthen ties with the largest democracy in the world” and would “fit well into strategies towards the Indo-Pacific region”, according to Portuguese diplomats.

After six years of talks, the EU and the ASEAN group had also upgraded their relations from “dialogue” to “strategic partnership” at a meeting in December and thus committed to holding regular summits at leaders’ level and boosting their economic and security cooperation, as well as ties in areas like connectivity and development.

In a recent interview with EURACTIV’s media partner Lusa, Portuguese Prime Minister António Costa said Europe should be an autonomous global actor and warned it would be “a terrible sign” if the EU blocked a recently concluded investment agreement with China in order to coordinate with Washington.

The EU and China agreed ‘in principle’ in late December to an investment deal that will give European companies greater access to Chinese markets and help redress what Europe sees as unbalanced economic ties.