Speaking at the EU-China business summit before the formal gathering of political leaders on Friday, Trade Commissioner Cecilia Malmström regretted that EU companies continue to face barriers in China, not without acknowledging that it was time to depart from the old model of partnership, in response to a changing world.

According to the most recent survey, nearly half of EU firms said it got harder to conduct business in China last year. That has hampered EU investment in China, which is at its lowest level in years while China investment in the EU reaches record levels.

“Reciprocity should be the guiding principle of our relations,” slammed Malmström.

The European Commission has raised concerns in the past about Chinese overcapacity, primarily in steel, aluminium and solar panels, and the limited access EU companies get to the country’s public markets.

With China seeking to reposition itself with the One Belt, One Road initiative (OBOR), which signals a global infrastructure spending spree worth an estimated $1 trillion, the pursuit of a level playing field has become the cornerstone of a renewed partnership. 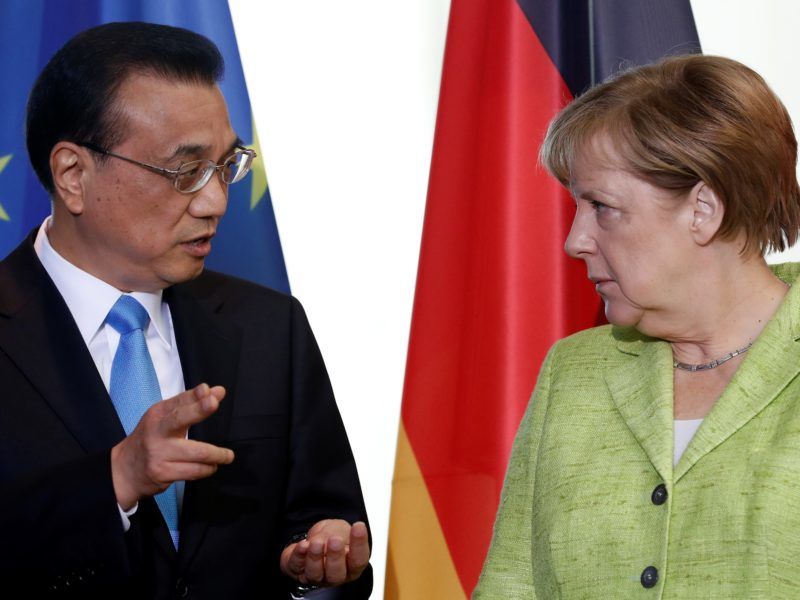 Some member states are now pushing the EU to come up with legislation to protect ‘critical infrastructure’.

Refuting claims that the EU is surrendering to protectionism, the Commissioner said she was eagerly awaiting the translation into action of Chinese president Xi’s call in Davos.

“The rules-based multilateral system, with the World Trade Organisation at its centre is today often questioned. Yet it is that system which ensures trade is fair and open. We should maintain and strengthen our shared commitment to it. It is in our common interest,” said Malmström, not mincing her words.

The European Union is China’s biggest trading partner. China is the EU’s second largest. The trade in goods between the two partners is worth over €1.5 billion every single day.

In 2014, the European Union accounted for nearly 16% of total Foreign Direct Investment into China.

“There is scope for much more,” said European Commission President Jean-Claude Juncker. China accounts for less than 5% of foreign investment in the EU. And last year, China’s investors spent nearly five times as much on acquisitions in the European Union than European companies did in China.

While Chinese investment into the European Union increased by 77% in 2016, the flow in the other direction declined by almost a quarter. To put that into context, EU investment into China last year was roughly 3% of what we invested into the United States, said Juncker.

Without taking a defensive stance, Chinese Premier Li Keqiang said China was working hard to promote a trade balance with Chinese tourism to Europe now far greater than EU tourism in China. Foreign investment opportunities, he said, were far different from when China first opened up its market.

“I do hope you can put things into context. We find the problems, but we are working on them … Our ranking is getting better,” he said, noting that despite slower growth, the size of the Chinese economy pumps more into trade than is often perceived. “Every year there are more than 13 million new jobs being created,” he added.

“The future for China and Europe will be bright and splendid,” PM Li concluded.

A number of Chinese businessmen reiterated Li’s message. Chen Feng, president of the HNA group, a Fortune Global 500 company headquartered in China with businesses spanning across aviation, holding, tourism, capital and logistics, said that the partnership between the EU and China is stable. “Of course we have problems but we can find solutions to move the partnership forward,” he said.

Philippe Varin, chairman of Areva, conceded that there could be ways to break with the past and revitalise the partnership through the energy market by implementing the carbon pricing market, setting up common standards in the area of safety and waste management for example.

Chinese entrepreneurs also begged for understanding. “You have lived in a place where you set rules. So you are used to rules, but in developing countries rule-making is perceived differently,” Feng added.

“You need to allow time to China and understand each other better,” he continued.

The two partners are determined to use the EU-China Tourism Year in 2018 to increase visitor flows and investment on both sides, but also as an occasion for greater cultural exchange.