European Commission Executive Vice-President in charge of Economy, Valdis Dombrovskis, said that the Commission will monitor "very closely" that member states include effective systems to prevent corruption and fraud with the recovery funds. [European Commission]

“We want to reinforce the financing capacity of the next MFF beyond what we have now,” Dombrovskis told MEPs, referring to the EU’s next seven-year budget, the so-called Multi-annual Financial Framework.

“For this, we will be setting up an additional fund and indeed, it would be financed from borrowing in the markets,” Dombrovskis told lawmakers on the European Parliament’s committee on regional development.

“How exactly we call the borrowing remains to be discussed,” he admitted. But whatever the name, “we will use borrowing to finance the recovery,” he added.

The comments by Dombrovskis confirm the Commission’s backing for common EU debt to finance an EU-wide recovery plan after the COVID-19 crisis.

On Monday, GermanChancellor Angela Merkel signalled openness to additional EU debt instruments during a press conference, insisting however that this must be done in line with the existing EU treaties.

Questioned about the possibility of using the bloc’s budget to issue EU bonds in order to finance the recovery, Merkel said she could imagine “such instruments further down the line.”

“We’ll need quick answers to address this pandemic and Germany will participate in answers of solidarity that go beyond the €500 billion that we already have,” said Merkel in reference to the €540 billion package agreed by EU finance ministers on 9 April.

Germany is still opposed to Eurobonds – or joint pooling of old EU debt – and remains reluctant to agree on a bigger EU budget. But the coronavirus crisis has shifted the debate in Germany.

In particular, Merkel referred to the solidarity clause contained in article 122 of the EU treaty that was used during the financial crisis to set up the European Stability Mechanism, the EU’s bailout fund.

It is the same article in the EU treaty that served as the basis for the Commission’s temporary ‘Support to mitigate Unemployment Risks in an Emergency’ (SURE). SURE will provide financial assistance in the form of loans in favourable terms for countries to set up temporary unemployment schemes for workers affected by the coronavirus pandemic, based on guarantees provided by member states. 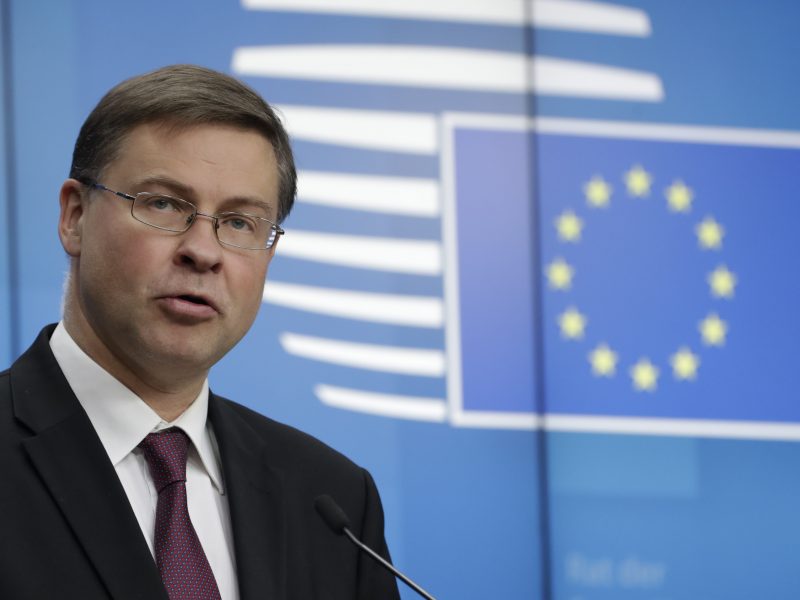 Merkel’s openness to look into further solidarity mechanisms does not mean Germany will  suddenly agree to issue common EU debt, an idea supported by a group of nine EU countries led by Italy, Spain and France.

And Berlin is not alone in this. The idea has been strongly rejected in the north, particularly by the Netherlands, Finland and Denmark.

Nonetheless, Spain circulated a non-paper on Monday in view of the upcoming European Council meeting this week. Madrid’s idea for a recovery fund is far from what some capitals have in mind.

Prime Minister Pedro Sánchez will argue that tools to counter the crisis “should not be limited to measures increasing national debt,” as it is the case right now, and calls on the establishment of a fund based on grants and worth €1 to 1.5 trillion, to be financed through EU debt.

This is what the Commission has calculated would be needed to counter the crisis, the EU’s economy Commissioner Paolo Gentiloni said in a recent interview.

Spain will also advocate increasing national contributions to the EU budget, up to 1.114% of Gross National Income. Allocations to the Common Agricultural Policy and Cohesion Policies should be maintained, the paper argues, but with more flexibility to allow for transfers in case of an acute crisis such as the COVID-19.

Madrid also supports reintroducing the stabilisation function in the Eurozone budgetary instrument – which still has to be finalised – and establishing a permanent European Unemployment Reinsurance Scheme.

Spain sends a bold message to the @EUCouncil:
(I) it asks for urgent implementation of what has been agreed by the #Eurogroup.
(II) it sets a minimum size of 1-1,5 trillion EUR for the future #RecoveryFund, and based on grants.
(III) it demands a MFF commensurate to this crisis pic.twitter.com/NjDMFHmDug

According to Dombrovskis, “a recession is unavoidable this year” but the extent and depth of the crisis will depend on measures taken to mitigate the impact and restart the economy.

So far, the European Union has taken the unprecedented step of temporarily suspending the bloc’s budget deficit rules in order to allow countries more leeway to battle the economic consequences of the pandemic. It has also relaxed state rules and re-channelled existing EU funds while agreeing on a €540 billion economic support package.

EU leaders will meet on Thursday (23 April) for a teleconference to discuss how to fund the bloc’s recovery once the crisis is over.

In a letter addressed to the Council president Charles Michel, Mario Centeno, the Eurogroup’s chairman, noted the divisions among EU member states regarding the financing of the post-crisis plan.

“Some Members were of the view that it should be based on common debt issuance, while others advocated alternative solutions, in particular in the context of the multi-annual financial framework,” Centeno stated in reference to the EU’s next seven-year budget.

However, some of the countries opposing joint debt instruments were also reluctant to increase their national contributions to the common budget. And in a context of recession, reaching an agreement could be even more challenging.

“We need an ambitious MFF whose size and investment capacity exceed the current one,” Dombrovskis told MEPs.

The European Commission is expected to come up with a revised version of the EU’s long-term budget on 29 April. Although it won’t be ready by Thursday, “the exchange of views at the Council will be important in this regard,” he said.

Dombrovskis also assured lawmakers that the role of the EU’s regional funds will be “reinforced” in the new proposal. The recovery, he added, cannot be done “at the expenses of the poorer regions and member states.”

In spite of the differences among member states, even before the COVID-19 outbreak, Dombrovskis said the Commission is working to have a functioning budget by January next year and therefore doesn’t contemplate any transition plan.

“In 2020, we will not be able to have business as usual programming for EU funds,” Dombrovskis said. “We’re working already now on ad hoc solutions so that, as of 2021, money can flow to the real economy.”