The European Council handed over negotiation duties for the next EU long-term budget to its president, Charles Michel, during the first round of the December summit on Thursday (12 December).

“It will be my responsibility, in close collaboration with the Commission, to try to find a compromise,” Michel announced during a press conference.

Belgium’s former prime minister told EU leaders that he will start bilateral contacts in January and vowed to intensify technical and political work so as to reach a deal as soon as possible.

“I am not going to commit myself to a timeframe at this stage but when we think we have enough progress, we will enter a final stage of negotiation,” he explained. The idea of a summit in February was floated at the meeting but it is not certain yet.

Michel argued that negotiations on the Multiannual Financial Framework (MFF) are “extremely complex” and will be “the most difficult one ever in EU history because of the Brexit gap”.

According to the European Commission’s assessment, the ‘Brexit gap’ accounts for €13 billion per year. Michel warned this would “necessarily mean” that certain member states would have to contribute more and some would have to receive less.

Countries like Germany, the Netherlands, Denmark, Sweden or Austria argue that as a member state leaves the bloc, the budget should be kept at 1% GNI, not increase. Others, however, demand a more ambitious budget for a bolder Europe.

Michel said he would focus the negotiation on the size of the blueprint, the possible conditionality to respect of rule of law, the balance between traditional and new policies and the possibility of own resources to be introduced.

Commission president Ursula von der Leyen said the EU’s budget should reflect both the political priorities and the strategic agenda of the leader. “We need a quick agreement between the member states because time is pressing,” she added.

Leaders did not discuss the content of the EU budget on Thursday at all. The first day of the summit was overwhelmed by the climate discussion that ended up without an agreement, as Poland refused to sign up for the climate neutrality by 2050.

However, the negotiation on the Multiannual Financial Framework (MFF) could be instrumental in bringing Warsaw on board in June.

Poland said it cannot commit to the climate goal just yet. Prime Minister Mateusz Morawiecki defended that the cost of the transition will be higher for his country than others.

When addressing the press after the meeting, Morawiecki praised the creation of the Just Transition Fund, the details of which the Commission has not shared yet. “A fair share of this fund will be allocated to Poland for a fair transformation,” the Polish prime minister said.

Von der Leyen said she will present the financial instruments of her Green Deal in January, including the Just Transition Fund and the European Investment Fund and advised Poland to look at the details of these initiatives.

“But of course, it goes in parallel to the development of the MFF,” von der Leyen explained. “Clearly a significant part of the future budget will have to be earmarked to climate agenda,” Michel told the press, “a minimum of 25% is the proposal.”

All eyes on Michel

As three EU Council presidencies failed to reach an agreement on a Council position regarding the MFF, so all eyes will be now on Michel who stressed the importance of searching for a compromise on the EU blueprint “in close cooperation with the European Parliament.”

EU lawmakers are indeed putting their trust in him. “Charles Michel’s commitment is very positive, meaning, swinging to action to find a deal,” Margarida Marques, Parliament’s co-rapporteur on the MFF said.

As he speaks about “innovative proposals,” Marques added, “we count on the imagination of the negotiators to achieve progress.” 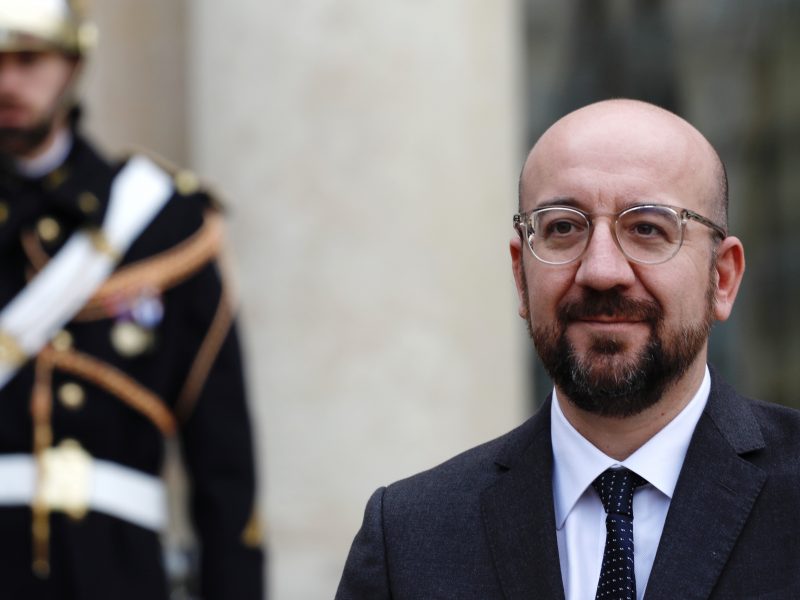 One response to “EU Council chief takes over budget negotiations”