A man reads the information present at the Colombo Shopping Centre, one of the largest in Europe, in Lisbon, 23 March 2020. The new coronavirus, responsible for the covid-19 pandemic, has already infected more than 341,000 people worldwide, of whom more than 15,100 have died. In Portugal, there are 23 deaths and 2,060 confirmed infections, according to the balance made today by the Directorate General of Health. Portugal is in a state of emergency since 00:00 on Thursday and until 23:59 on 02 April. [EPA-EFE/JOSE SENA GOULAO]

The EU finances ministers approved the Pact’s ‘general escape clause’, which pauses the structural adjustments that countries must implement to meet their fiscal targets.

The clause can be activated in case of “severe economic downturn” in the eurozone or the EU as a whole.

“The severe economic downturn now expected this year requires a resolute, ambitious and coordinated policy response,” the Ecofin Council of economy and finance ministers said in a statement after the teleconference.

Although the EU’s fiscal framework does not detail what represents a ‘severe economic downturn’, all member states agreed that the coronavirus and its economic consequences represent the most serious crisis the EU has faced since World War II.

“We need to act decisively to ensure that the shock remains as short and as limited as possible and does not create permanent damage to our economies and therefore to the sustainability of public finances in the medium term,” the Ecofin said.

The European Commission proposed on 20 March the activation of the clause for the first time since the Pact was adopted in 1997. The proposal was part of its efforts to grant full flexibility to member states in pumping billions into their economies and companies.

The Ecofin stated that the clause will allow taking “all necessary measures” to strengthen the health systems and the economy as a whole.

Actions taken by the countries must be “timely, temporary and specific”, it said, warning that the additional spending must be dedicated to fighting the pandemic and relaunching the economy, especially supporting the SMEs and the most affected sectors and their workers.

The suspension of the Stability Pact was welcomed by the European Fiscal Board. In a statement, the EU watchdog warned, however, that the challenge ahead is “dealing more constructively” with the fiscal consolidation, while keeping debt levels at sustainable levels.

The Board looked back at the severe austerity imposed in the aftermath of the financial crisis, and partly responsible for the euro crisis in 2011-2012. For that reason, they called for a more gradual adjustment once this crisis recedes.

“The EFB favours a pace of consolidation in line with the speed of the recovery, leaving room for measures to protect and boost national public growth-friendly expenditures more than in the past,” the statement said.

The Ecofin also discussed the EU’s fiscal stimulus that will come on top of the national initiatives to address the economic fallout of the virus.

This stimulus will be the main topic of the finance ministers during their meeting in the Eurogroup format today, including also non-euro EU countries.

They will try to decide on the role that the European Stability Mechanism, with €410 billion available, will play.

One option is that the ESM could provide credit lines, however, it remains open whether they would be offered to all member states or only the most affected ones, and if there would be conditionality attached, explained a French official.

A bolder step would be to issue joint debt via the ESM to face the pandemic. These temporary eurobonds, or ‘coronabonds’, would help especially those countries with higher borrowing costs, particularly Italy, who are also the most affected ones by the pandemic.

Asked about the coronabonds, the president of the Eurogroup, Mario Centeno, said on Monday that “the European response will have no limits and will show much solidarity”. 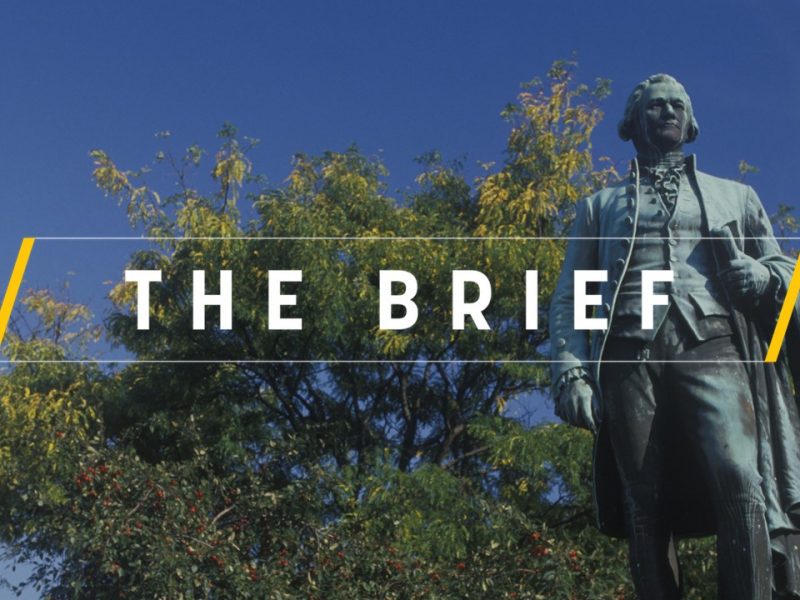 Commission vice-president for Economy, Valdis Dombrovskis, said in a video statement after the Ecofin that the needed EU fiscal response will be based on Article 122.2 of the Treaty, which allows the EU to provide financial aid to member states in emergency situations.

During the Ecofin, member states also emphasised the need for banks to continue financing the real economy and to permit delays in mortgage payments (prudential forbearance).

Dombrovskis said that “the Commission is working with national and European supervisors to ensure that this is the case.”

He also explained that the EU executive will adapt “quite substantially” the European semester, the EU’s framework to coordinate national macroeconomic and fiscal plans.

The Commission will lighten the reporting requirements “not to put further strain on public authorities”, and will focus on the coronavirus response and measures to restart the economy, Dombrovskis said.