In Romania and Bulgaria, Cohesion Policy and European cross-border cooperation since 2007 – the year when both countries joined the EU – have contributed significantly throughout the last two programming periods to dialogue between the two nations, giving regions and stakeholders the possibility to unlock the growth potential in border areas, while enhancing their common culture.

“Such projects shed some light on the European dimension and they have allowed the introduction of EU principles and values, practices and disciplinary rules. We think it is reasonable to assume that without these programmes and projects, the peripheral areas of the two countries, Romania and Bulgaria, as well as our business environments, would have developed more slowly,” Ion Dănuț Jugănaru, Director of the Chamber of Commerce of Constanța (RO), told EURACTIV in an interview.

The main aim is to ensure that Cohesion policy beyond 2020 will maintain its regional perspective, in terms of investment priorities and funding allocations. Regions and cities in both Member States are asking for transparency in the process and more flexibility for the projects, which often fall victims to bureaucracy and delays.

“I believe the interest of countries like Bulgaria, but also the so-called net donors, is to maintain the weight of Cohesion Policy and regional cooperation in the overall mix of EU policies, certainly ensuring transparency and accountability, efficiency and clear definition of priorities, based on a bottom-up approach”, Strahil Karapchanski, Deputy Mayor of Ruse, also told EURACTIV in an interview. 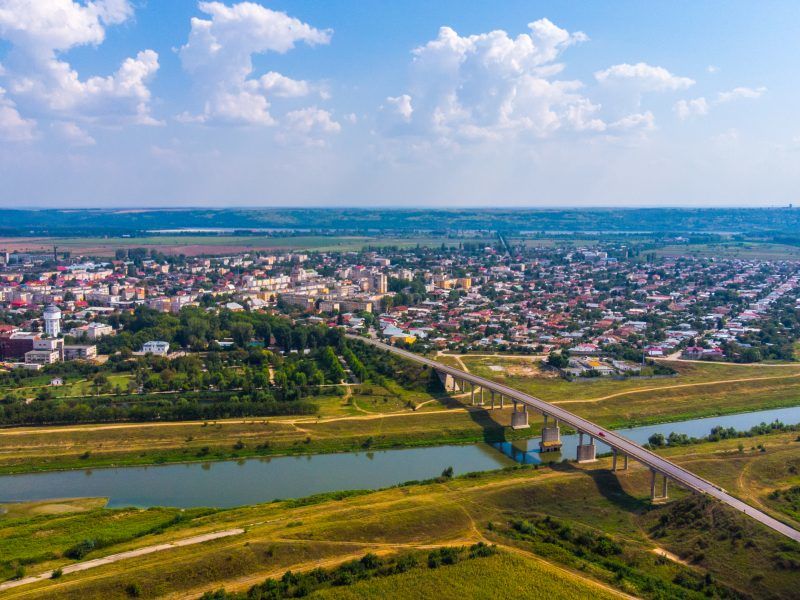 The Interreg V-A Romania-Bulgaria Program, like all European Territorial Cooperation programs, finances joint projects based on key priority axes, including a well-connected, green and safe region, as well as an efficient, skilled and inclusive one.

A typical example is ‘INCOLAB – Innovative and collaborative management of Natura 2000 sites in the Danube border region’, a joint effort of the National Environmental Guard (RO) and the Regional Inspectorate of Environment and Water (BG), implemented in Bucharest, Olt, Teleorman and Veliko Tarnovo. The project, which ran from February 2016 until July 2018, focused on the development of a common management plan on the Natura 2000 sites in the area and the enhancing of cross-border investments and infrastructure.

“The goal was not only to identify the areas that needed protection but to ensure a proper development of those areas while conducting a series of conservation activities. We could only do this by creating a common strategy that crossed all borders in order to have a proper functioning eco-network”, Delia Fodor, Project manager of INCOLAB told EURACTIV.

The two partners managed to improve the current status of more than 27.000 ha of habitats from border regions, including Confluența Olt-Dunare, Suhaia, Ostrov Vardim, and Ribarnitsi Hadzhi Dimitrovo. These four areas were exposed to illegal exploitation but were also difficult to manage because of their special transnational characteristics.

Another important achievement of the project is the implementation of an information system, “a real-time intelligent database” which enabled both partners to monitor and optimize their activities as fast and efficiently as possible.

“We are very proud of our work. We feel like we have done more than a legislative framework or an information system. We have created a network that does not stumble upon borders in order to protect one of the most valuable things in life, Nature”, Fodor added.

The system manages a great quantity of information, from names of protected natural sites, geographical positioning, map and alphanumeric attributes, custodians, identified species of the area, economic operators registered in protected sites, to the operating permits and a database of incidents reported and sanctions issued. The system also manages the reports and notes issued by the National Environmental Guard or the Bulgarian partner following planned or unplanned inspection activities and allows citizens to report incidents through the public portal or the smartphone application.

“The amount of work was extraordinary, everybody working in the project was involved in so many other activities, but this was something we all believed in. This is why the interaction with the Bulgarian partners was so smooth”, she underlined.

“We are now confident that our work is useful to a lot of people, not only to the employees of the National Environmental Guard but for the general public, as well. To protect nature and to develop our society in a sustainable way should be on everybody’s list of priorities”.

“Plums For Junk” or how to restore a once forgotten area

Another good example is the ‘Plums for Junk’ project, a joint initiative by ‘Phoenix – 21 century’ Foundation (BG), the ‘Regional partnerships for sustainable development – Vidin”’Association (BG) and the Pro-Mehedinti Association (RO).

The main aim of the project – which started in February 2016 and was concluded in August 2017 – was to explore wildlife in Natura 2000 protected zones along the Danube River, to reduce environmental pollution and to ‘spread the word’ in both societies.

By the end of the project, the management team also produced an extended documentary on the current status of the area, along with a catalogue, two studies and a joint project strategy of the protected areas and wetlands from Vidin to Oryahovo and the Mehedinti county.

The project continues the work today, through organized repetitive activities, like the cleaning of a total of 12.500 ha of Natura 2000 sites in the border region, with the last activity having been concluded in September 2018.

“During the implementation of the project, we have realized the importance of the co-operation between all three project beneficiaries. The project provides a flexible approach for funding actions, which are defined on the basis of local/regional needs, have a cross-border impact and encourages the development of linkages between the communities, organizations and institutions on both sides of the border”, Lazarinka Andreeva, Chairperson of the “Phoenix – 21 century” Foundation stressed to EURACTIV.

Throughout its lifespan, this project managed to mobilize 800 volunteers from Mehedinți and Vidin, supported by 20 scout and 600 students from the entire area. In addition to them, 210 local authorities, institutions and stakeholders from Romania and Bulgaria were engaged in the whole process.