The negotiation on the next 7-year EU budget should have started already but a deadlock seems more plausible than ever. Unanimity at the Council is required and while all member states seem to agree on the need for a ‘fair budget’, positions on what that means could not be further apart.

The proposal presented by the European Commission in 2018 is equal to 1.114% of the EU27 gross national income (GNI), compare to the 1% of the previous accounting exercise.

The UK’s expected departure from the bloc leaves a hole of around 13 billion a year, according to the EU executive’s calculations. While all member states will have to bear the burden, net contributors – those who pay as much as they get back from the budget – are particularly unhappy about it.

Countries like Germany, the Netherlands, Denmark, Sweden or Austria argue that as a member state leaves the bloc, the budget should be kept at 1% GNI, not increase. Others, however, demand a more ambitious budget for a bolder Europe. 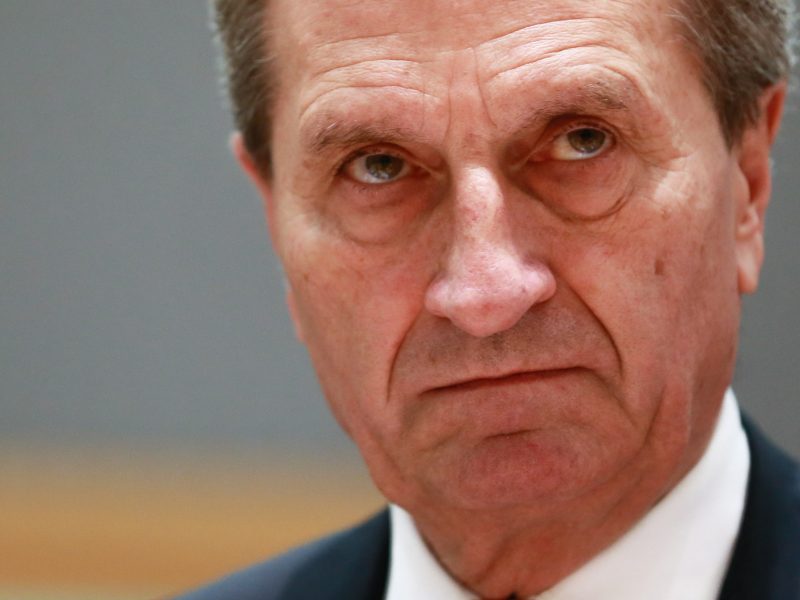 The dispute between net contributors and the European Commission escalated on Wednesday (30 October) as Budget Commissioner Gunter Oettinger described as “misleading” Germany’s EU budget figures reported by the media.

The proposal the Commission made in 2018 implies an increase of the 2021-27 budget of 0.11% compared to the previous period. Inflation, economic growth, the new priorities and Brexit are the reasons behind the increase of national contributions according to the executive.

According to the latest projection of national contributions published by the Commission, Germany would pay on average more than €7 billion more than in the previous budgetary period per year; €1.8 billion in the case of the Netherlands; almost €2 billion for France or around €1 billion for Sweden.

But poorer member states such as Romania, Poland and the Czech Republic will also see their national contributions to the EU blueprint incremented after Brexit.

When addressing lawmakers recently in Berlin, German Chancellor Angela Merkel said there was a need for “a fair distribution of burdens on the funding side” and a discount for Germany.

For the Netherlands, “the Commission proposals result in an excessive budgetary burden” for the country. “This is unacceptable,” said a Dutch diplomatic source.

Although it seems that most of the member states could live with the Commission proposal, unanimity is required for the blueprint at the Council.

“Both of these (1% GNI and 1.11% GNI) seem rather unrealistic in the view of member state positions, so the total budget will fall somewhere in the middle ground,” said Tytti Tuppurainen, minister for European affairs of Finland, that holds the Council presidency, after meeting his counterparts in Helsinki.

“The point is, does the Commission proposal represent a fair compromise? Looking in the disparity of increases and decreases on either side of the divide one has to conclude now it doesn’t,” an EU diplomat told EURACTIV.

Beyond the direct benefits

“It is very hard to believe that somehow the increase in financing of 0.1% over seven years would be drowning out expenditure at the national level,” said a combative Gert Jan Koopman, Director General for Budget at the Commission, during a technical briefing.

In a direct message to net contributors, Koopman argued that the so-called ‘operating budgetary balance (OBB)’ – the difference between what a country receives from and pays into the EU budget – cannot be considered as a “fairness criterion” on national contributions “because it excludes very significant benefits.”

Koopman argued that the underestimation of the perks from accessing EU funds run across programs such as Horizon 2020 or the European Fund for Strategic Investment (the Juncker plan), that are not included in national accounting exercises. Cohesion funds or the Common Agricultura Policy do, as direct payments.

The criticism, however, was not appreciated in the capitals. “The director mansplaining EU finance ministers how to do their job might be taking it a step too far,” an EU diplomat told EURACTIV. “Significant increases in contributions have consequences for national households,” the same source added.

“The Commission’s number-crunching is impressive but skewed heavily to the contribution side and disregards the net receipts,” the EU diplomat insisted.

Koopman pointed to the benefits of hosting EU agencies and, not by chance, used the €350 million budget for the European Medicines Agency located in Amsterdam as an example. He also recalled the economic impact of having the headquarters of the institutions in Belgium, another net contributor.

But the Commission went even further. “The benefits from the Single Market will be ten times larger than the contribution to the national budget,” Koopman said.

“We are talking about a change in something that is one-tenth of the benefits that the country derived from the internal market,” he added, “it is very hard to see how the OBB concept can be a guide towards fairness on national contributions.”

According to the Commission estimations, benefits from the EU single market go up €208 billion in Germany, €84 billion in the Netherlands, €124 billion in France, €64 billion in Spain or €35 billion in Austria. 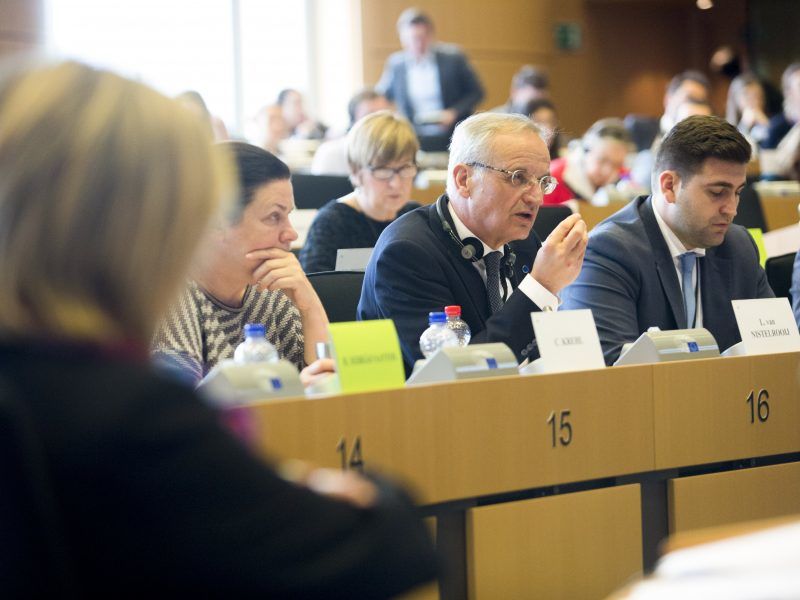 Beyond the question of figures, member states are also divided on how to invest the money. While the net contributors advocate for more funding being directed to new priorities such as fighting against climate change or migration, others plead for defending traditional EU policies.

The Common Agricultural and Cohesion policies remain the main budget priorities in the Commission’s 2021-2027 budget blueprint. However, significant cuts have been applied, leading to strong criticism both from the European Parliament and some member states.

The leaders also asked the EU executive for more flexibility to invest in their own national priorities.

“Cohesion Policy is a key EU investment tool for our citizens, it helps with transforming our regions. For us, it is the most important tool. There is no reason to cut Cohesion funds,” Czech Prime Minister Andrej Babiš said after the meeting.

During the October European Council, leaders had a first in-depth discussion on the next EU long-term budget. However, the proposal for a negotiating position put forward by the Finish presidency was strongly rejected.

All three presidencies in charge since the Commission presented its draft blueprint have been unable to reach a compromise.

The EU lawmakers wanted an agreement on the budget before the European elections in May, which proved to be impossible. December was then intended as a reasonable target, but that seems out of reach now and a diplomatic source said member states were not expecting an agreement before spring.

A new Brexit delay, or a likely deadlock at the Council, could defer a deal even further. 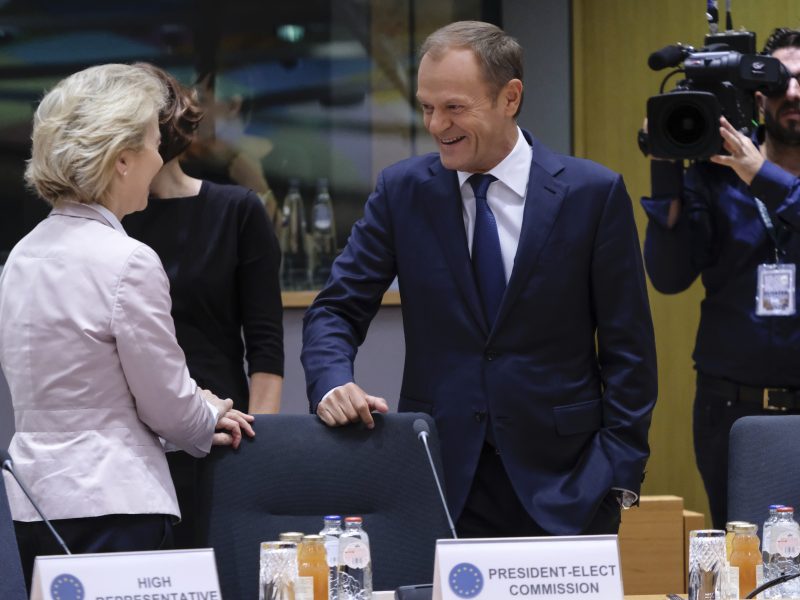