Frans Timmermans and Jyrki Katainen on Wednesday, during the presentation of the Commission's reflection paper on globalisation. [European Commission]

“The benefits of globalisation should be shared more fairly,” said Commission Vice-President Jyrki Katainen. The Finnish centre-right politician, seen as a ‘hawkish’ Commissioner in some quarters, showed with his remarks to what extent Europes’ perception of globalisation has changed.

The free flow of goods and capital is no longer an absolute source of prosperity, which only requires a minimum of fine tuning. It is a wild reality to be harnessed in order to control its intrinsically dark nature. 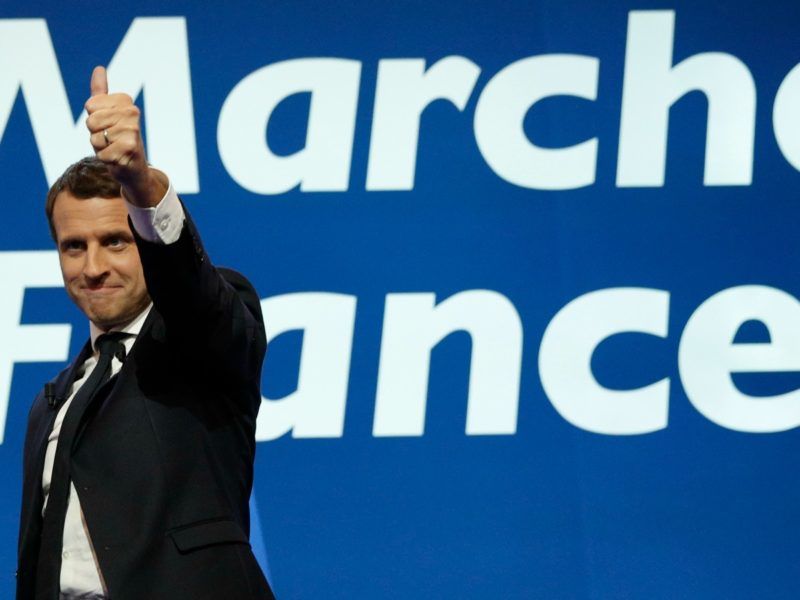 “Unless active steps continue to be taken, there is a risk that globalisation would compound the effect of technological advances and the recent economic crisis and contribute to further widening inequalities and social polarisation,” said the reflection paper on harnessing globalisation, presented on Wednesday.

Europe woke up to the risks and challenges posed by globalisation. Demonstrations against the trade agreement with the US (TTIP) and the opposition of the regional parliament of Wallonia to the trade deal with Canada (CETA) influenced the gradual change in tone.

“The EU will continue to address citizens’ concerns, and to assist member states in accompanying the changes that come with a fast-moving globalised world,” EU leaders stated in October 2016.

The Commission disagrees with the solution offered by populists. “There is no protection in protectionism. But there is isolation in isolationism. And who is isolated will be left behind,” said First Vice-President Frans Timmermans.

But EU institutions agreed there is a problem that requires urgent action.

“Over the last decade, real incomes of middle-class households in the EU and other advanced economies have for the most part stagnated even as the economy has grown overall,” says the paper.

The recovery has strengthened in Europe. Last year, the eurozone surpassed its pre-crisis GDP (above €10 trillion).

While globalisation and the disruptive impact of technology destroyed jobs and extended precarious contracts, the upper class increased its wealth. 1% of Europe’s population owns 27% of the total wealth.

The European Commission remained a staunch defender of the benefits of globalisation until recently.

Former President Jose Manuel Barroso admitted that “fears” of globalisation were sometimes legitimate given that the benefits were not shared equally by all. But he stressed that its success was “amazing”.

Globalisation is all too often blamed for “unrelated” job losses and price hikes, while the “huge benefits” of increased cross-border trade and investment such as higher wages and GDP growth are overlooked, said the Commission President, commenting on a new report.

Against this backdrop, globalisation only needed small interventions to correct its collateral damages on less competitive sectors.

In 2006, the Commission proposed setting up a globalisation fund to support workers affected by the closure of firms, or the relocation of their factories.

Referring to “several studies and international institutions” the EU exectuive spoke of a “biased perception of globalisation” in its proposal for setting up the fund.

“There is significant asymmetry between the overall benefits of openness, which are diffuse and often take some time to materialise, and its adverse effects, which are more visible, immediate and concentrated on specific individuals and areas,” the proposal states.

This view came to summarise the European Commission and member states’ consensus on globalisation.

The Globalisation Fund received a maximum annual budget of €150 million for this multi-annual financial framework, almost the same figure the European Parliament spends every year for travelling to Strasbourg for plenary sessions.

But reality proved that the problem went beyond a “biased perception”.

Today, Europe embarrassingly faces almost two decades of neglecting protests in Seattle, Geneva, the French and Dutch rejection of the EU Constitution, and social justice movements such as Spain’s Indignados.

“Almost everything the Seattle protesters have warned us about has come to pass, much of it a direct result of the WTO’s actions in 2000,” according to Noah Smith, in The Atlantic.

“The biggest gains of globalisation have gone to a small, increasingly rich elite in the industrialised nations and to Asia’s rising middle class, while the main losers have been lower-income people in developed countries,” said Branko Milanovic, an economist and professor at the City University of New York Graduate Center.

Even the global elite finally admitted it was over-optimistic about globalisation and its ability to redistribute wealth.

A total of 44% of CEOs said that globalisation has failed to close the gap between rich and poor, according to a study made by PwC, a consultancy firm, and presented in the opening of the World Economic Forum in Davos last January.

In a separate report, the WEF pointed out that median incomes have declined by 2.4% on average in more than 50 countries, at around $2,500 average per household.

“This is at the heart of public discontent,” said Gemma Corrigan, a researcher at the Forum.

Asked by EURACTIV.com if world leaders would finally act after almost two decades lost since protesters took the streets of Seattle, Bob Moritz, the CEO of PwC, was confident that this year politicians would act because now they are “listening” to citizens’ concerns.

There is growing awareness “like never before” thanks to social media, he added.

But solutions will not come as early as Europeans may want, partly because the problem is not fully diagnosed, and the solutions could involve numerous layers and turfs.

“I do agree that, globally, actors were slow in understanding the implications of the fourth industrial revolution, but I don’t agree that it is too late,” said Timmermans, who largely blamed the disruptive impact of technology for growing inequality.

“We are in good position as EU to tackle this issues jointly,” he added.  To that end, he proposed to review “social contract”, so that governments, from the local level to the EU level, could aim for a “fair redistribution”.

But despite the new tone, experts and international institutions lamented that the solutions needed are not expected anytime soon

Richard Samans, a member of the managing board of the WEF, noted in January the lack of “practical consensus” among policy-makers and business leaders on how to achieve more inclusive jobs.

ILO director: 'Trump is the result of our own failures'

“There is a cognitive disconnection between observed facts and suggested conclusions,” said the Managing Director of the International Labour Organisation, Guy Ryder, as he called for a “paradigm change”.

Only a communications issue?

“The controversy around CETA has demonstrated that our first priority is to give people honest and convincing information about the real effects of free trade,” said Donald Tusk after the EU-Canada summit last October.

“We should be able to convince our citizens that free trade is in their interest, and not just big companies and corporations,” he added.

The Commission’s reflection paper outlined where the solutions lie: building more resilient societies in Europe and bolstering its toolbox to counter unfair practices abroad. Commission President Jean-Claude Juncker is expected to come with proposals in September.

The upcoming rotating presidency of the EU will focus on the future of work and the role technology can play in transforming social systems in the context of the new industrial revolution.

For Harvard economist Dani Rodrik, the ultimate solution will be found only when public authorities solve the trilemma of the world economy: if we want more globalisation, we must either give up some democracy or some national sovereignty.

“Pretending that we can have all three simultaneously leaves us in an unstable no-man’s land,” he wrote.

Therefore, if Europe wants to continue benefiting from globalisation, national governments should transfer more competences at the supranational level to properly manage the dysfunctionalities of global finance.

Amid the debate on what level of integration Europe should achieve over the next decade, not only to survive but to thrive, senior EU officials admitted that the reflection paper was a veiled call Europe to play a bigger role in minimising the effects of globalisation.

2 responses to “EU facing up to deficits of globalisation”