Ministers of finance and education of the EU member states met on Friday (7 November) for the first-ever joint Council with the aim of discussing the importance of education for a strong economy.

“Today is a historic day, since for the first time ever we had the opportunity to discuss topics related to education together with finance and education ministers,” said Li Andersson, minister for education in Finland, which currently holds the Council’s rotating presidency.

Although the ministers spent more than three hours discussing this issue, there were no proposals tabled.

Instead, Finish Prime Minister Antti Rinne will present the political conclusions of the joint meeting at the December European Council to enrich the debate with the leaders on the EU’s strategic agenda.

“We heard clear political messages regarding the role of education and training as tools to respond to the changes that we see in society, and as tools that we should use as we transition towards a carbon-neutral and a digital economy,” Andersson highlighted.

“We have seen strong positions in favour of seeing education and training as a crucial strategic area for the EU,” she said, adding that “for Europe to be able to manage in the global competition, it really needs to invest in human capital”.

The civil society welcomed the initiative as well. “This first-ever joint meeting is a step in the right direction,” Caroline Jenner, CEO of JA Europe, an organisation working to promote entrepreneurial education told EURACTIV.

“We need to better support young Europeans during their education to prepare for their future working lives. We find that hands-on entrepreneurial experiences during school years have tremendous positive results on skills and competence, job creation and society”, she added. 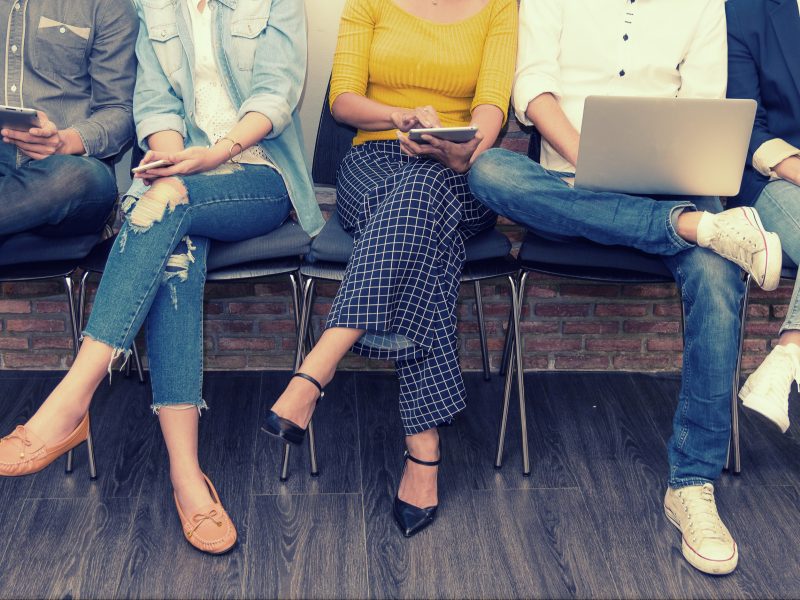 Investing in education to boost growth

“Economies with well-qualified workforces are more resilient to shocks, grow faster and prosper better. This is why education and training are at the top of the European agenda,” Valdis Dombrovskis, European Commission vice-president for the Euro and Social Dialogue, told the ministers during the joint Council.

A more efficient investment could have an impact of between 0.4 to 0.6% in terms of GDP growth depending on the country-specific situation, Dombrovskis explained.

“People competencies are key in view of pressing challenges such as technological and climate change, globalisation, migration and ageing,” he added, underlining that investing in human capital is key for Europe’s future.

“We should foster skills for the future which technology cannot replace, by combining digital skills with organisational and social competencies, including critical thinking, learning to learn or teamwork,” Dombrovskis argued.

The finish education minister also highlighted the need for early investment to achieve equality, particularly on basic and digital skills. According to the Commission, 44% of European citizens aged between 16 and 74 lack basic digital skills.

But investment in itself is not enough.”To get results, investment in education and training must be effective, well-targeted and must make sure that we don’t leave anybody behind,” Tibor Navracsics, Commissioner for Education, asserted.

Dombrovskis highlighted the importance of combining both public and private investment in a well-equipped education system but also a healthy business environment and well-functioning labour market.

A one and only meeting?

When asked whether this would be a one-time joint Council or ministers will meet on regular basis, Andersson admitted that “it is up to the other presidencies to decide on how they want to follow up with the work we have started here now.”

“We will continue to highlight this topic, the importance of this kind of join policy debates,” she said regarding the Finish presidency initiative. She added that “we would be very happy if the debate that we have initiated here today will continue in the future”.

“I hope that this is just the first step in a long collaboration between those responsible for education and their counterparts in financial affairs,” Commissioner Navracsics said, “to put education at the heart of investment policy.”

The Finish minister pointed out that both the strategic agenda agreed by the European Council and the political guidelines of Commission president-elect Ursula Von Der Leyen highlight the importance of enhancing the education system in Europe.

“Therefore the discussions and debates we had today are very timely,” the minister added.

Vice-president Dombrovskis, who will continue his work as responsible for ‘an economy that works for the people’ under the von der Leyen Commission, called on member states to make better use of EU funds and benefit from the EU executive support for structural reforms as well.

Dombrovskis said that 19 member states have received support from the Commission to reform their education systems, including their investment strategy.

“The ministers of educations and finance should not ask themselves whether we can afford the cost of education, but instead what the cost of non-education would be for our societies,” Andersson insisted.