Five months after it was agreed, and following three weeks of intense blockade by Hungary and Poland, EU leaders gave their final blessing to the EU’s unprecedented budget deal to overcome the worst recession in a century.

In total, up to €1.8 trillion will be spent by 2027 to boost the bloc’s economy in the face of the COVID-19 pandemic and, at the same time, to make European economies more sustainable and digital, partly thanks to the €750 billion recovery fund.

EU leaders accepted the compromise reached between Germany and Hungary and Poland to withdraw their vetoes on the budget package, due to their objections to the new Rule of Law mechanism attached to the EU funds. 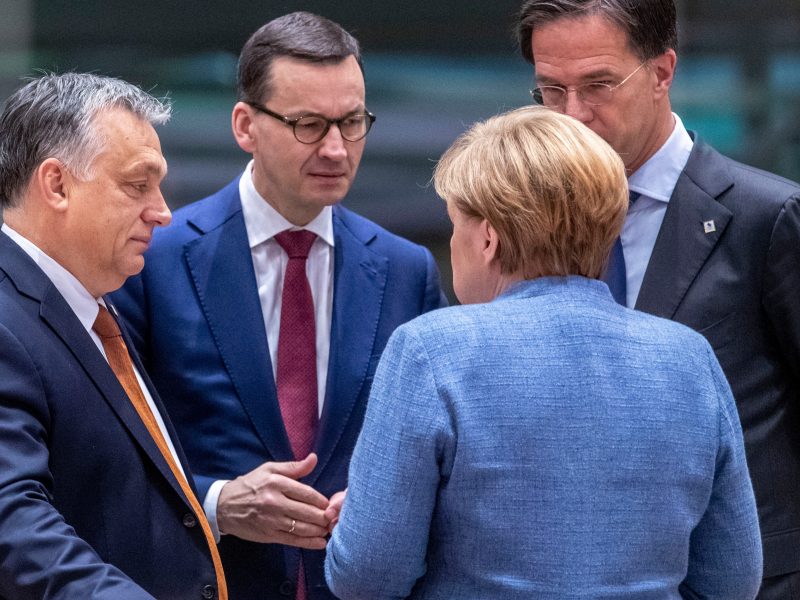 Germany, which current holds the EU’s six month rotating presidency, negotiated an interpretive declaration seen by prime ministers of Hungary and Poland, Viktor Orban and Mateusz Morawiecki, as a “victory”.

“We are very close to reach a very good agreement for the unity of the EU”, said Orban on his way into the summit. “And even more important, not just the victory of the EU, but we are fighting for the victory of common sense”, he said.

But the declaration left intact the essence and the scope of the mechanism, which will allow for the suspension of EU funds to countries in cases of corruption or conflict of interest affecting EU cash, or if there’s a risk of non-independent judicial supervision.

Moreover, the Commission was prepared to circumvent Hungary and Poland, both under infringement procedures for violating the Rule of Law, if they maintained their vetoes. 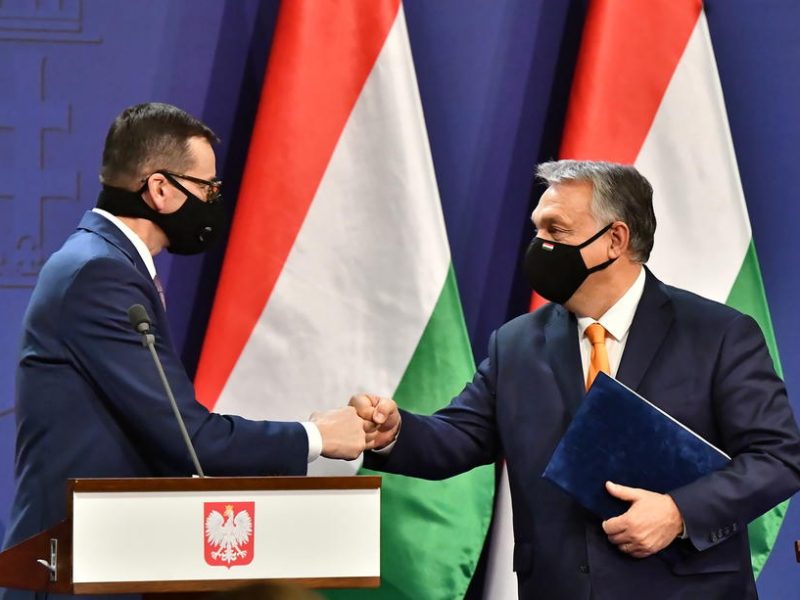 The compromise however committed the Commission not to launch a sanction procedure against any member states until the European Court of Justice rules on the legality of the mechanism, as Hungarians and Poles intend to challenge it.

This delay would serve Orban to obtain some breathing space ahead of the Hungarian elections of 2022, as a EU ruling could come after the vote.

But the mechanism will still apply retroactively from 1 January 2021, once there is a EU court ruling, and as it was initially agreed by governments and the European Parliament.

This was one of the primary concerns among the big defenders of the mechanism in the European Parliament and national capitals, such as Dutch prime minister Mark Rutte.

EU diplomats told EURACTIV.com that Commission president Ursula von der Leyen confirmed to the EU leaders in the room that the mechanism will be applied retroactively as from 2021.

The European Parliament still needs to approve next week the multi-annual financial framework (MFF), the EU’s €1.1 trillion seven year budget, and the Rule of Law mechanism.

But MEPs involved in the negotiations of the mechanism expressed on Thursday their satisfaction with the EU leaders’ deal.

Petri Sarvamaa (EPP, Finland) wrote on Twitter: “We have historic Rule of Law conditionality for EU budget and RRF”, the Recovery and Resilience Facility, the main pillar of the recovery fund.

He argued that the compromise did not reopen what was agreed on the Rule of Law conditionality.

EU lawmakers still need to overcome several hurdles before the recovery funds start to flow in the second half of 2021, as EU officials hope and expect.

Both sides are still negotiating the details of the €672 billion Recovery and Resilience Facility. They will meet again next week to finalise an agreement, after they had to cancel their talks this week due to the efforts dedicated to overcome the vetoes and Brexit.

In addition, member states will have to ratify over the next months, mostly through their national parliaments, the EU’s new budgetary ceiling required to borrow the recovery funds from the markets.

Merkel, who will leave office next year, secured the legacy of the U-turn she made last May, by accepting the proposal to launch an unprecedented recovery fund against the pandemic with grants.