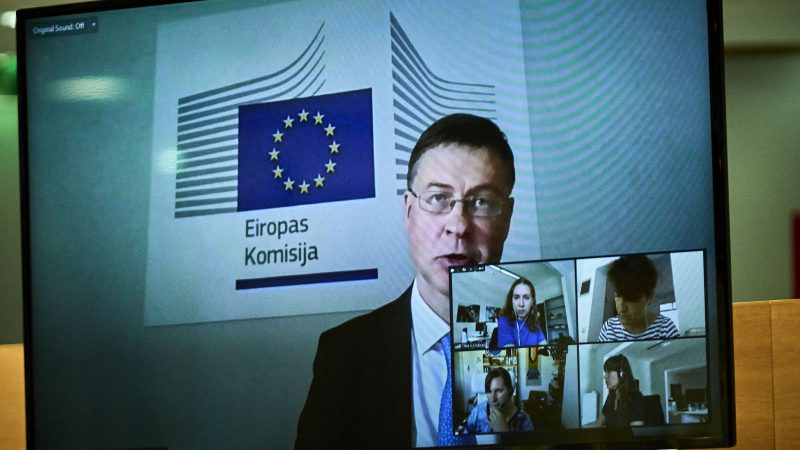 EU finance ministers approved on Monday (6 September) the recovery plans submitted by Ireland and Czech Republic, meaning that the proposals sent by 18 member states since April to access the coronavirus fund have now been validated.

The European Commission is still looking into the cash-for-reform plans proposed by Hungary and Poland as rule of law concerns remain, Commission vice-president for Economy, Valdis Dombrovskis, told reporters after the videoconference of EU finance ministers.

Dublin will access almost €1 billion in grants from the EU’s €672.5 billion Recovery and Resilience Facility to cope with the fallout from Covid-19, while Prague will obtain €7 billion in non-refundable transfers to digitise and reduce the carbon footprint of its economy. The first transfers totalling 13% of their envelope will reach the treauries once their governments have completed the paper work.

“This is excellent news not only for the countries in question, but also for the EU as well” said Andrej Šircelj, Slovenia’s Minister for Finance, whose country is currently chairing the EU’s rotating presidency.

A total of ten member states have already received the first payments from the fund.

Once the countries get the first transfers to prefinance their plans, they will have to complete targets and milestones implementing their reform and investment proposals to access the recovery funds.

Spain is expected to be the first government to request an ordinary payment by the end of this month following the completion of 52 milestones and targets as part of their first funding instalment.

“As we enter the next phase, our watchword will be implementation,” Dombrovskis said.

“That will mean constant checking and monitoring to make sure that each country uses its RRF funding to the best possible effect,” he added.

The Recovery and Resilience Facility rules state that auditing and anti-corruption mechanisms are an important element in order to receive the Commission’s blessing for the recovery plans.

In the case of Poland and Hungary, the EU executive has raised questions regarding control mechanisms and their judiciary systems.

The Commission is also looking into the challenge raised by the Polish government in regards to the primacy of the EU law in its territory and “the potential implications for the plan”, Dombrovskis said, although he did not say whether withdrawing the legal case before Poland’s constitutional court would become a precondition to receive the funds.

For Hungary, the Commission is also assessing certain rule of law challenges “parallel but separate” to the recovery plan, Dombrovskis said.

The institution and many member states strongly criticised the Hungarian law approved in June targeted against the LGTBIQ+ community.

Finance ministers will again discuss the recovery plans and their efforts to relaunch the European economy in the aftermath of the pandemic in Kranj (Slovenia) over the weekend.