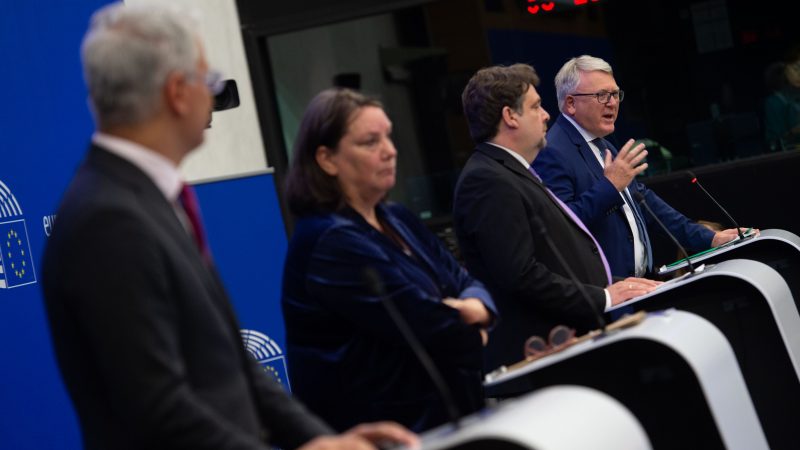 In a success for the French presidency of the EU Council, negotiators from the EU Parliament, member state governments, and the EU Commission agreed on the minimum wage directive, defining a framework for adequate statutory minimum wages where they exist and pushing member states to strengthen collective bargaining.

The agreement was reached in the early morning hours on Tuesday (7 June) after a night of negotiations and came less than half a year after the talks began.

“From this group effort, workers are the biggest winners,” Agnes Jongerius, who was one of the negotiators of the EU Parliament, told reporters at a press conference.

The final text of the directive on adequate minimum wages states that statutory minimum wages could be considered sufficient if they are set at a level of at least 60% of a country’s median salary or 50% of the average.

Dennis Radtke, the other lead negotiator of the EU Parliament, mentioned that the levels “could not be established with binding effect.” Instead, he said, “we are giving a very clear recommendation to member states” of what a fair minimum wage is.

Moreover, the final text of the directive states that statutory minimum wages should be updated every two years in a process involving both employers and trade unions.

The Danish and Swedish governments, in particular, pushed against the EU directive as they deemed it undue European meddling in what they perceive as well-functioning systems of organising and negotiating relations between employees and companies.

In Denmark and Sweden, almost all aspects of work are organised via collective bargaining between employers’ organisations and trade unions.

Countries that do not achieve this level have to put national action plans in place to raise their collective bargaining coverage.

Moreover, the directive seeks to help workers get adequate access to collective bargaining and minimum wage protections, for example, through controls by labour inspectorates, easily accessible information on minimum wage protection, and the capability of enforcement authorities to go after non-compliant employers.

EU Commissioner for Jobs and Social Rights Nicolas Schmit welcomed the agreement as it would introduce “an effective instrument to guarantee upward wage convergence.”

Companies are less happy about the directive. The business association “BusinessEurope” called the proposal as it was initially proposed by the EU Commission “a recipe for disaster”. Last week, Rainer Ludwig, president of the tech and industry employers association Ceemet, said the directive was going too far during a panel discussion.

Commissioner Schmitt, however, was having none of it when asked about employers’ concerns at a press conference on Tuesday morning.

“Do we consider that being a society with those who have and those who have nothing is a fair and stable perspective? I don’t believe so,” he said. Schmit added that he believed the directive to be “something the employers should be in favour of,” not least because they would also benefit from increased demand if people earned more.

Real effects in about two years

According to Jongerius, the directive would lead to substantial increases in the minimum wage in some countries, for example, in her home country of the Netherlands.

Earlier this year, the German government and Parliament decided to increase the minimum wage in Germany from €9.82 per hour to €12 by the end of the year, which is about 60% of the median salary.

If the agreement is accepted by a qualified majority of member state governments and by the European Parliament in the coming weeks, member states will then have two years to transpose the directive into national law.