EU Parliament enters the fray in workers’ push for co-determination 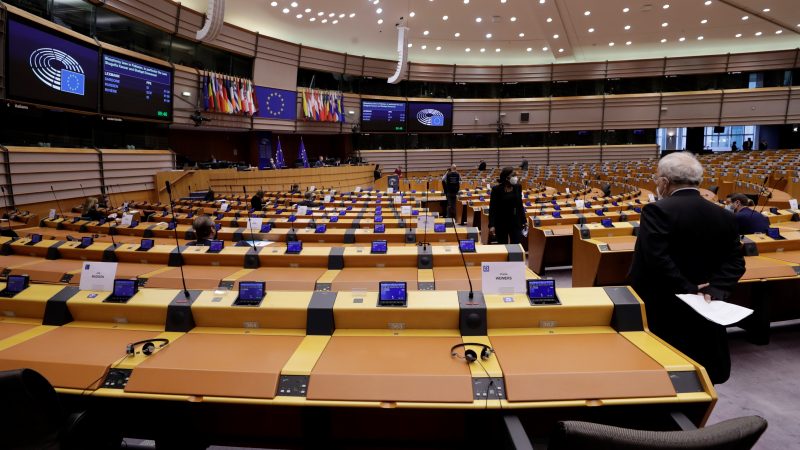 The European Parliament is seeking to put a stop to a perceived decline in workers’ participation in corporate decision-making – an issue that affects 190 million employees across Europe – and bring the European Commission to heel.

As EU lawmakers return to Brussels and legislative activity picks up, one report by the Parliament’s Employment and Social Affairs Committee (EMPL) seeks to advance the workers’ codetermination agenda and begin revitalising the dated European Works Council Directive.

“The topic of democracy at work is usually one for connoisseurs,” said German S&D MEP Gabriele Bischoff. She is the rapporteur for the upcoming report, set to be discussed at a meeting of the Parliament’s employment committee on 1 September.

According to Bischoff, this is “a core topic for the future of Europe,” which deserves greater attention in order to ensure that nobody is left behind.

The report, titled “Democracy at work: a European framework for employee’s participation rights and the revision of the European Works Council Directive,” points out the need to strengthen EU laws, in order “to ensure that information and consultation is an integral part of company decision-making at all levels within companies,” said leading Green MEP Terry Reintke.

She noted that the persistent gender inequality, seen in women’s limited access to leadership and representative positions in workplace institutions, should be more strongly represented in the report.

Echoing that sentiment, MEP Samira Rafaela of the centrist Renew Europe political group, said the pandemic had disproportionately affected women, making the emphasis on gender equality more necessary than ever.

The report also warns about the impact of digitalisation and the potential for undue exploitation and surveillance of workers and calls for trade unions and workers’ representatives to have access and means to assess digital technology.

Others like Austrian MEP Lukas Mandl, from the centre-right European People’s Party (EPP), however view digitalisation “primarily as a chance”. He acknowledged the risks related to automation and homeworking, but was more hopeful for the climate-friendly opportunities afforded by digitalisation.

MEPs across the aisle agreed on the dated nature of the European Works Council Directive, which initially came about as a result of workers’ protest in the 1990s, according to Bischoff.

The report also calls on the European Commission to uphold its obligations imposed by the treaties when it comes to the results of European social dialogue.

The social dialogue aims to improve working conditions and create better functioning labour markets by getting employer and workers’ associations to sit down together and hammer out a compromise.

If both negotiating parties are happy with the outcome of the talks and jointly ask the Commission to present the compromise to the Council, then it simply needs to be approved by EU member states before it is transposed into national legislation.

Bischoff pointed out that the EU executive had twice failed to do so in the past, prompting her to include a paragraph in the new report urging the Commission to respect agreements between the social partners.