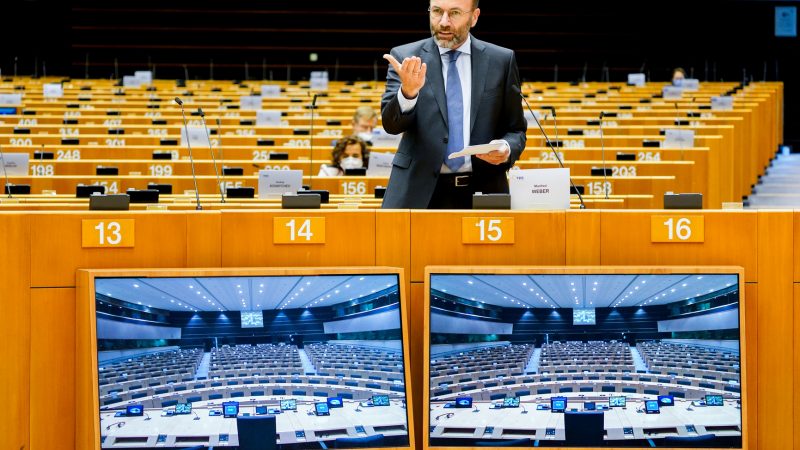 The European Parliament will demand a €2 trillion recovery package to counter the economic fallout of the COVID-19 crisis in a resolution to be voted on Thursday (14 May) by the assembly’s five biggest political groups.

Lawmakers agreed on a joint declaration urging the European Commission to present “a massive recovery package”, including an updated EU budget proposal and a recovery instrument and for the Parliament to be fully involved in the process.

The resolution is backed by the assembly’s five largest political factions: The centre-right European People’s Party (EPP), the Socialists and Democrats (S&D), the centrist Renew Europe, the European Conservatives and Reformists (ECR), and the Greens/EFA.

EU lawmakers propose to finance the recovery instrument by issuing “long-dated recovery bonds”, using the EU’s seven-year budget as a guarantee, and for a duration that matches the expected “deep and long-lasting impact of the current crisis.”

According to the draft resolution, the package should channel money through loans but mostly “grants and direct payments for investment and equity.”

MEPs believe the EU budget should be revised to accommodate the new needs derived from the crisis and “is ready to consider” maintaining national contributions to the blueprint, a very controversial point for some member states.

In exchange, EU lawmakers call for introducing new own resources via a common corporate tax, a tax on digital services or a share of revenues coming from the EU’s emissions trading scheme. These new resources would be used to pay interests on the common debt and finance “an ambitious” budget.

MEPs warn the Commission against presenting an updated budget “where the recovery plan is financed to the detriment of existing and upcoming programs” and  the use of “financial wizardry and dubious multipliers.”

“Headline figures of investments to be mobilised do not constitute, and cannot be presented as, the genuine size of a Recovery and Transformation Fund,” the Parliament says in its draft resolution.

On Wednesday (13 May) MEPs exchanged views with European Commission president Ursula Von der Leyen who shed some light on her proposal for an EU response package but did not unveil the size of the new recovery instrument.

“The scale of the crisis requires a serious budgetary response,” said Belgian MEP (ECR) and chairman fo the Budget Committee Johan Van Overtveldt, calling on the Commission to preserve the single market, which is “critical” for the recovery.

EPP chairman Manfred Weber pleaded for an ambitious budget with a strong role of the European Parliament – “a democratic budget decided by the people represented here,” he said.

S&D leader Iratxe García praised the Parliament’s ability to “overcome national and party differences” to come up with a common response and urged the Commission to be ambitious and bold” and not to forget the need to protect “the most vulnerable in our societies.”

“What is at stake is the reason d’être of the EU, a project launched almost 70 years ago with solidarity as a cornerstone,” warned Green MEP Philippe Lamberts who claimed that only by issuing common debt and having a common fiscal response can the bloc confront this existential threat.

“We will recover together or we will fail individually. This is the choice we have to make, a choice to which I hope there is only one obvious answer,” said Renew Europe group leader Dacian Cioloș.

EPP head Manfred Weber pointed to the Council, warning that “it is not the time for institutional battles, it is the time to guarantee a democratic Europe.”

However, an institutional battle cannot be excluded. Even before the COVID-19 outbreak, EU leaders clashed over the size and distribution of the EU’s long-term budget, the so-called Multi-Annual Financial Framework (MFF). Back then, the Parliament suggested a contingency plan to ensure continued cash flows for next year in case negotiations fail.

The link between the EU budget and the recovery fund, and the political sensitivity surrounding the talks, have added a layer of complexity to the negotiation. A strong majority (616 votes in favour, 29 against and 46 abstentions) backed a resolution on Wednesday asking the European Commission for an emergency plan.

“Citizens, businesses and civil society would not understand that on January 1st 2021, we don’t have an EU Budget in place. If it was already difficult to accept this before this pandemic, much more difficult is now with the severe impact of the COVID-19,” S&D MEP and rapporteur Margarida Marques told EURACTIV. 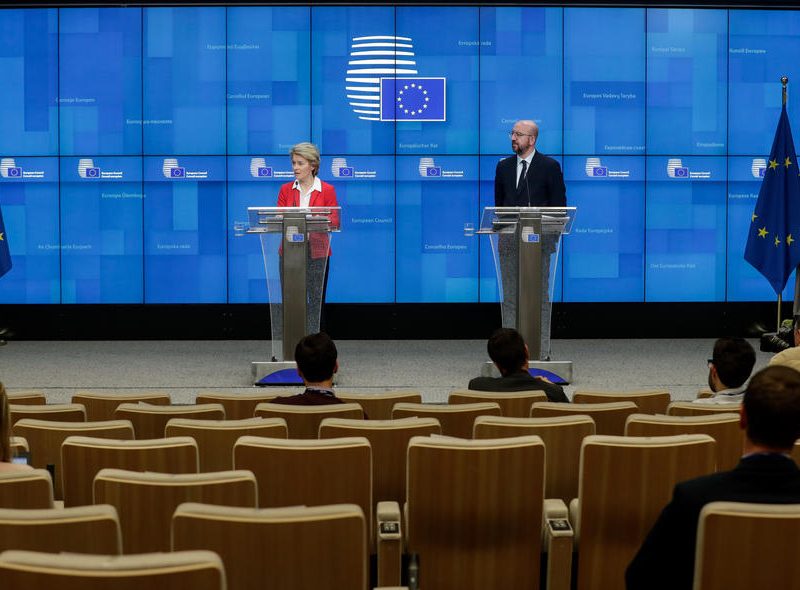