MEP Mureşan: "We cannot pretend that we don’t see Turkey drifting at a very high pace further away from the EU standards." [European People's Party/Flickr]

Romanian MEP Mureşan, from the European People’s Party (EPP), went further, suggesting that the EU Facility for Refugees in Turkey, which supports refugees be financially supported by further cuts to pre-accession funds for the Turkish government.

EU lawmakers will discuss on Tuesday (24 October) and vote the following day on the European Parliament’s proposal on the draft 2018 EU budget.

In an interview with EURACTIV in Strasbourg, Mureşan explained next year’s main priorities, with growth, jobs and security set to take centre stage in the next budget. But on a political level, the new EU stance toward Turkey will steal the show.

Last Thursday (19 October), EU member states agreed to cut pre-accession funds to Turkey. Turkey is “moving away step by step from something we consider as preconditions for accession”, German Chancellor Angela Merkel said.

At the same time, Council President Donald Tusk said leaders decided that more of the pre-accession money will go to Turkish civil society.

The EU Council decided a €20 million cut of pre-accession funds for 2018, but for the Parliament, this is not enough. EU lawmakers want to send a strong message to Ankara and their suggestion could deprive Turkey up to €80 million.

EU leaders and the Parliament are losing their patience with Turkish President Recep Tayyip Erdoğan and are readying measures that will most likely make Ankara angry.

“We cannot pretend that we don’t see Turkey drifting at a very high pace further away from the EU standards,” Mureşan told EURACTIV, adding it is unacceptable to continue to allocate money to Turkey in the form of the pre-accession funds.

Mureşan stressed that the Parliament would vote this week to cut pre-accession funding for Turkey by €50 million in 2018 and put an additional €30 million in reserve.

“The message that the European Parliament is sending to Mr Erdogan and his regime in Ankara is that the benefits they are going to receive from the EU full depend with their compliance with the EU standards,” Mureşan warned.

Putting money in reserve means that this money is ready to be allocated on condition that Turkey meets its criteria. In the event Ankara does not comply, in addition to €50 million another €30 million will be lost.

The budget line that will be cut is related to “democratic reforms” while the funds linked to business activities and agriculture will not be touched.

“We want to continue to support the economy of Turkey and especially those in need like farmers […] it would be a hypocrisy to keep backing the ‘democratic’ reforms,” the centre-right Romanian politician added. 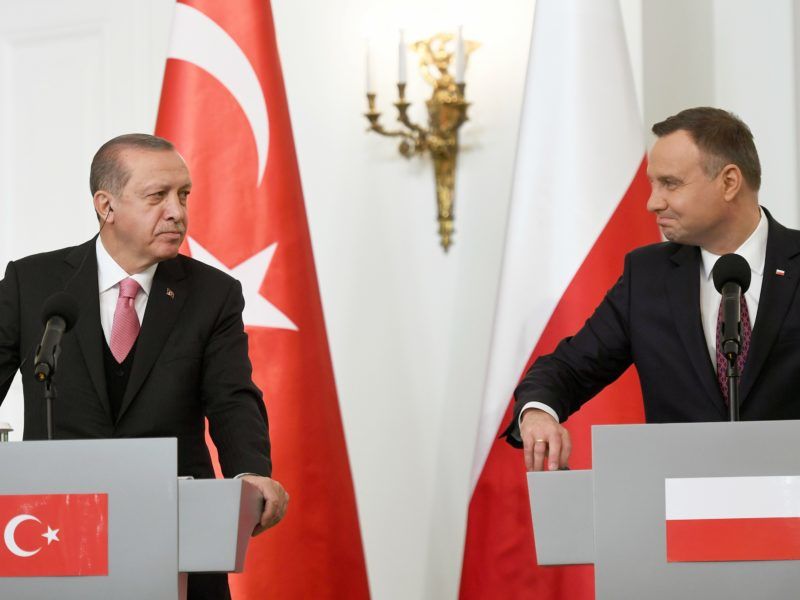 Funds for refugees, not the government

Another key issue related to funds for Turkey is the EU Facility for Refugees in Turkey, a programme to support refugees coming from the Middle East with a total budget of €3 billion (€1bn from the EU and €2bn from the member states) for 2016 and 2017. This money went directly to refugees and not to the Turkish government.

The programme will expire at the end of the year and it is not decided yet whether it will be continued. “I expect the member states because they are supposed to politically decide on this, propose a continuation of the measure because it has worked for both sides,” the EPP lawmaker said.

However, where this money will be found and what the exact amount will be are not clear yet. Mureşan made it clear that the EU won’t allow this money to affect any ongoing EU project in the EU or projects in other regions like in the eastern neighbourhood or the Western Balkans.

But for Mureşan, who is also the European People’s Party spokesperson, if we really need to find the money, maybe the pre-accession funds for Turkey will be part of the solution.

“Even less money for the government in Ankara pretending to negotiate EU accession and just make the money available to the refugees in Turkey who are in need,” he emphasised.

Next year, growth and jobs will be supported by the budget with a particular focus on innovation, research, infrastructure, SMEs and the Erasmus programme. These are the areas that make the EU economy more competitive more future-oriented, according to the Parliament.

“Erasmus is not only an exchange of students […] it makes young people more competitive in the EU labor market. More than 65% of employers appreciate students with international experience,” the EPP rapporteur noted,

As far as safety is concerned, EU agencies related to justice and home affairs such as Europol, EASO, Frontex and Eurojust will be strengthened.

The objective is to enhance the exchange of information between member states and create a better pool of information on an EU level regarding for instance drug, human and arms traffickers.

“We need to better know those who comes to Europe where they are coming from who they meet. We need to equip the institutions with the right staff and budget.”

The Parliament also wants closer cooperation on defence, something that according to Mureşan, NATO also wants and the defence industry says it makes sense.

“So far 28 have been spending money 28 times very often for similar or even the same result. We don’t need to spend 28 times to research for a drone in 28 member states. We spend it once at the EU level and then we share the benefits.”

Last but not least, in 2018 the EU budget will also support transit countries, which have a small population but millions of refugees, such as Lebanon.

“Not only the refugees but the countries as well. Hosting one million refugees puts pressure on communities regarding electricity, waste infrastructure, water and they have to be supported”, Mureşan concluded.