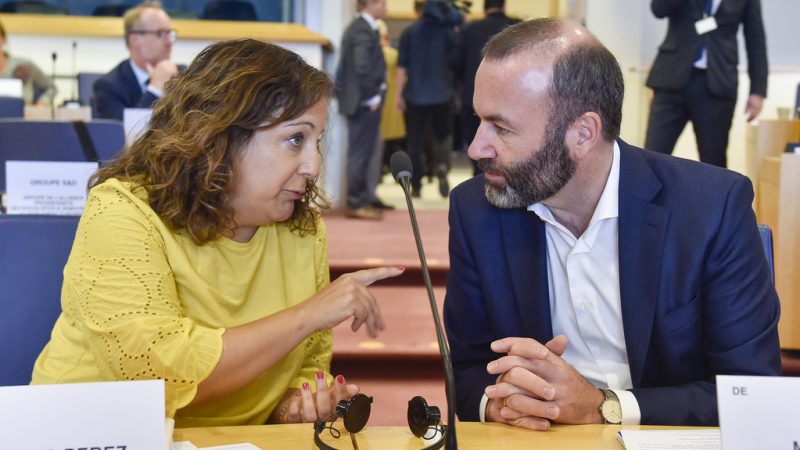 The draft resolution will be put for a vote at tomorrow’s plenary ahead of a crucial EU Council on 23 April, which will discuss how the “Recovery Fund” from the crisis will be financed. [European Parliament]

The draft resolution will be put to the vote at tomorrow’s plenary ahead of a crucial EU Council on 23 April, which will discuss how the “Recovery Fund” from the crisis will be financed.

Europe’s south and north are divided over the issue. Countries such as Italy and Spain push for the so-called coronabonds while Germany and the Netherlands oppose any idea of mutualising debt. According to the document, the Parliament will opt for a balance approach.

EU lawmakers ask the European Commission to come up with a massive recovery and reconstruction package for investment as part of the new Multiannual Financial Framework (MFF) and “beyond what the European Stability Mechanism, the European Investment Bank and the European Central Bank are already doing”.

“The necessary investment would be financed by an increased MFF, the existing EU funds and financial instruments, and recovery bonds guaranteed by the EU budget; this package should not involve the mutualisation of existing debt and should be oriented to future investment,” the document states.

Leftist GUE-NGL and ECR did not come on board. GUE-NGL’s negotiator reportedly agreed in principle but was not sure that the entire group would approve it and didn’t want to condition the wording. Some leftist MEPs, however, are expected to vote in favour at tomorrow’s plenary.

The document also states that the Commission’s package should have at its core the Green Deal and the digital transformation in order to kick start the economy.

“Improve its resilience and create jobs while at the same time assist in the ecological transition, the sustainable economic and social development, including the strategic autonomy of our continent and implementing an industrial strategy that preserves core industrial sectors in Europe, and the need to align our answers with the climate neutrality objective”.

Referring to the executive’s plans for a new industrial strategy, EU lawmakers say it has to lead to a more competitive and resilient industry in the face of global shocks.

“Supporting the re-integration of supply chains inside the EU and increasing European production of key products such as medicines, pharmaceutical ingredients, medical devices, equipment and materials.”

Flexibility in the funds

As far as the next 2021-2027 EU budget is concerned, the European Parliament pushes for “flexibility” as well as increased funds.

“[The European Parliament] insists on the  adoption of an ambitious MFF with an increased budget in line with the Union’s objectives, the projected impact on EU economies by the crisis and citizens’ expectations on European added value, with more flexibility and simplicity in the way we use the funds to respond to crises and equipped with the necessary flexibility,” the documents reads, adding that new own resources will be needed for the EU budget to guarantee the recovery and reconstruction package.