EU puts its digital tax on hold after US pressure 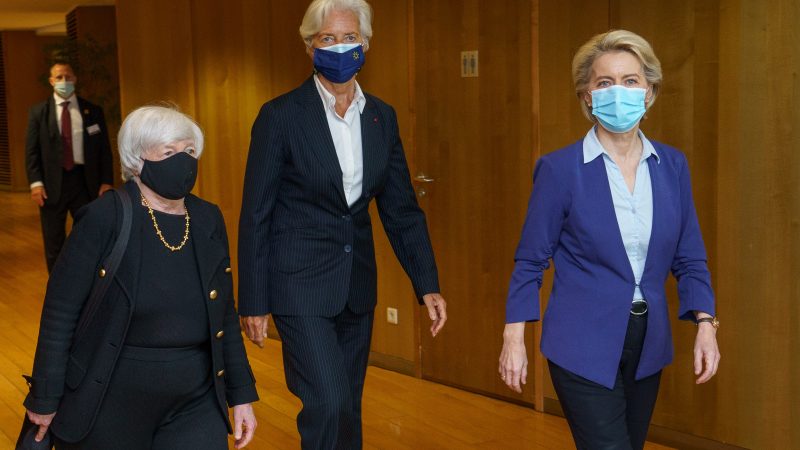 The European Commission announced on Monday (12 July) it will put on hold its own proposal for a digital levy in Europe in order to facilitate a global tax agreement. The digital tax, which would have affected US tech giants, was postponed following repeated calls from Washington on the Europeans to cancel their plans.

The proposal was expected for 20 July, but a Commission spokesperson announced on Monday that “we have decided to put on hold our work on our new digital levy.” The EU executive said it will reassess the situation in autumn.

The sine die postponement came as the US Secretary of Treasure, Janet Yellen, was in Brussels to meet with senior EU officials and with eurozone finance ministers (the Eurogroup).

The Commission explained that the decision aims to facilitate the completion of the global tax agreement recently reached in the Organisation for Economic Cooperation and Development.

The OECD-led package will set a global minimum tax rate of at least 15% and clarify tax revenues sharing among nations for multinationals making profits in countries without a physical presence, particularly big digital companies.

The finance ministers of the G20 nations endorsed in Venice (Italy) the global tax agreement over the weekend, although the details need to be finalised by October.

In addition, the package will require parliamentary approval in each of the 131 countries supporting the initiative.

Yellen said in Venice that it is “really up to the European Commission and the members of the EU to decide how to proceed. But those countries have agreed to avoid putting in place in the future and to dismantle taxes that are discriminatory against US firms”.

The Commission had argued over the past weeks that its digital levy did not conflict with the OECD proposal. But the Commissioner for Economy, Paolo Gentiloni, explained that the institution decided to postpone its initiative to focus on “the last mile” of the global agreement.

German Finance Minister Olaf Scholz said on Monday that “the most important step is that we have a global agreement on minimum tax and that we also have an agreement on how we better tax big, highly-profitable companies, including the global digital giants”.

The global package, however, is still opposed by a few European countries, including Estonia, Hungary, and Ireland.

Yellen was expected to discuss on Monday afternoon with the Eurogroup – an informal group of eurozone finance ministers – EU-US financial and economic relations and how both sides could cooperate to cement the recovery in the aftermath of the COVID-19 pandemic.

In prepared remarks ahead of her meeting with the eurozone ministers, Yellen called on Europe to adopt new stimuli to impulse the rebound.

Her comments came on the eve of the expected approval of the first disbursements for twelve member states under the EU’s €800 billion recovery fund.

The EU will also relaunch in autumn the review of the Stability and Growth Pact, the bloc’s rules controlling national deficit and debt levels.

Yellen said that “an essential part of a durable recovery is creating an EU fiscal framework with sufficient flexibility to allow countries to respond forcefully to crises” and avoiding austerity cuts when economies enter into recession.