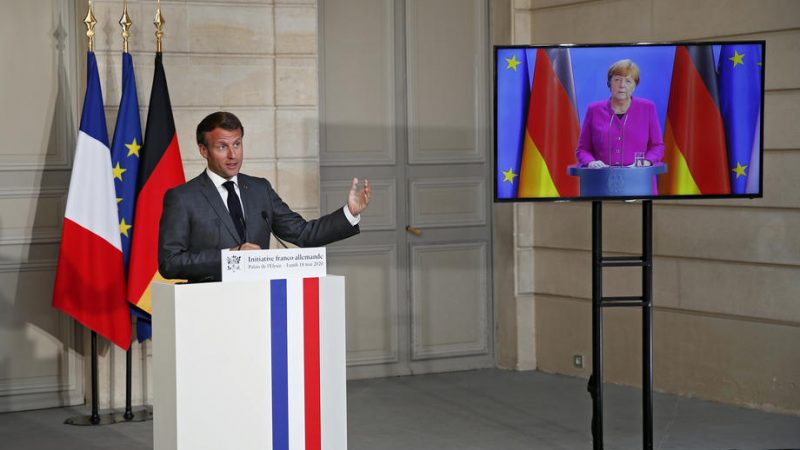 All EU money comes with ‘conditionality’, an EU diplomat explained. The reason is simple: if you are spending everybody’s money, terms must apply.

Once member states know how much they will need to relaunch their economies, the big question will be what would be the conditions required in exchange for what could be greatest fiscal stimulus ever adopted in the EU history.

The question is relevant for three reasons.

Firstly, as the European Stability Mechanism debate has shown, conditionality remains a hard pill to swallow in some member states. Anything resembling adjustments and reforms brings back the painful memories of the bailout programmes from the previous crisis.

Secondly, if the forthcoming conditionality implies balancing national public accounts too rapidly after the spending spree to overcome the recession, Europe would commit the same mistakes from almost a decade ago. An excess of austerity after the Great Recession triggered a self-inflicted recession in 2012.

Thirdly, conditionality could be stricter if funds are channelled through grants instead of loans, as the Commission has done with its new instrument, SURE, free from any demands.

Countries opposing fiscal transfers, like the Netherlands or Austria, have already expressed on numerous occasions that any type of aid should come with strings attached, especially if the money won’t be paid back.

For that reason, France and Germany included a reference to conditionality in their proposal for a €500 billion recovery fund with grants.

The wording was vague enough not to scare those who badly need the funds, but could still show a path for those who insist on strict conditions in exchange for the European stimulus.

The recovery support “will be based on a clear commitment of member states to follow sound economic policies and an ambitious reform agenda,” reads the Franco-German proposal.

The Commission, in charge of preparing the proposal, went a bit further on Tuesday in clarifying what the control mechanism of the recovery funds could be.

Commission vice-president for economy, Valdis Dombrovskis, explained that the bulk of the money will be allocated to investments and structural reforms that support European recovery and resilience.

In order to set the funding priorities to achieve these goals and control their implementation, Dombrovskis said the Commission will follow the model of the Budgetary Instrument for Convergence and Competitiveness (BICC), but applied to all member states.

If that will indeed be the case, member states would agree on common priorities for the recovery phase, presumably related to the digital transformation and the Green agenda.

Countries would then present investment and reform proposals based on those priorities, to obtain resources from the recovery fund. The Commission would monitor the correct implementation towards the committed objectives.

It remains to be seen whether the Commission could also amend these investment and reform proposals sent by the capitals, for example, by adding some of its own country-specific recommendations.

Using existing models for an unprecedented crisis could find some resistance. An EU diplomat said the conditionality must be “coherent with the emergency” we are facing and the extraordinary nature of the pandemic.

Alluding to the ambiguity of the Franco-German wording on conditionality, the head of the socialist group in the European Parliament, Iratxe García, warned that the Commission proposal should not bring back austerity.

She maintained that the recovery funds are dedicated to European goals, including transforming our economies and improving their sustainability, digitisation, social resilience and supporting European industries in the face of future crises.

“But if someone thinks of re-imposing the discipline of austerity, we will be against it, because that would ruin the entire economic recovery and weigh down a whole generation,” she told EURACTIV.

Conversely, the deputy director of Bruegel, Maria Demertzis, said requesting conditionality in this case should be seen as a “win-win”.

“It is correct to put the money to good use,” she told this website and explained that the conditions this time around would be “completely different” to those attached to the bailout programmes during the past crisis.

“If we save the economy, and at the same time we transform it, that is wonderful,” she added.